"Last night, the invaders fired at her (the school) with the shells of the RSZO 'Grad' with a magnesium charge."
By Joseph Golder June 23, 2022
Facebook
Twitter
Linkedin
Email 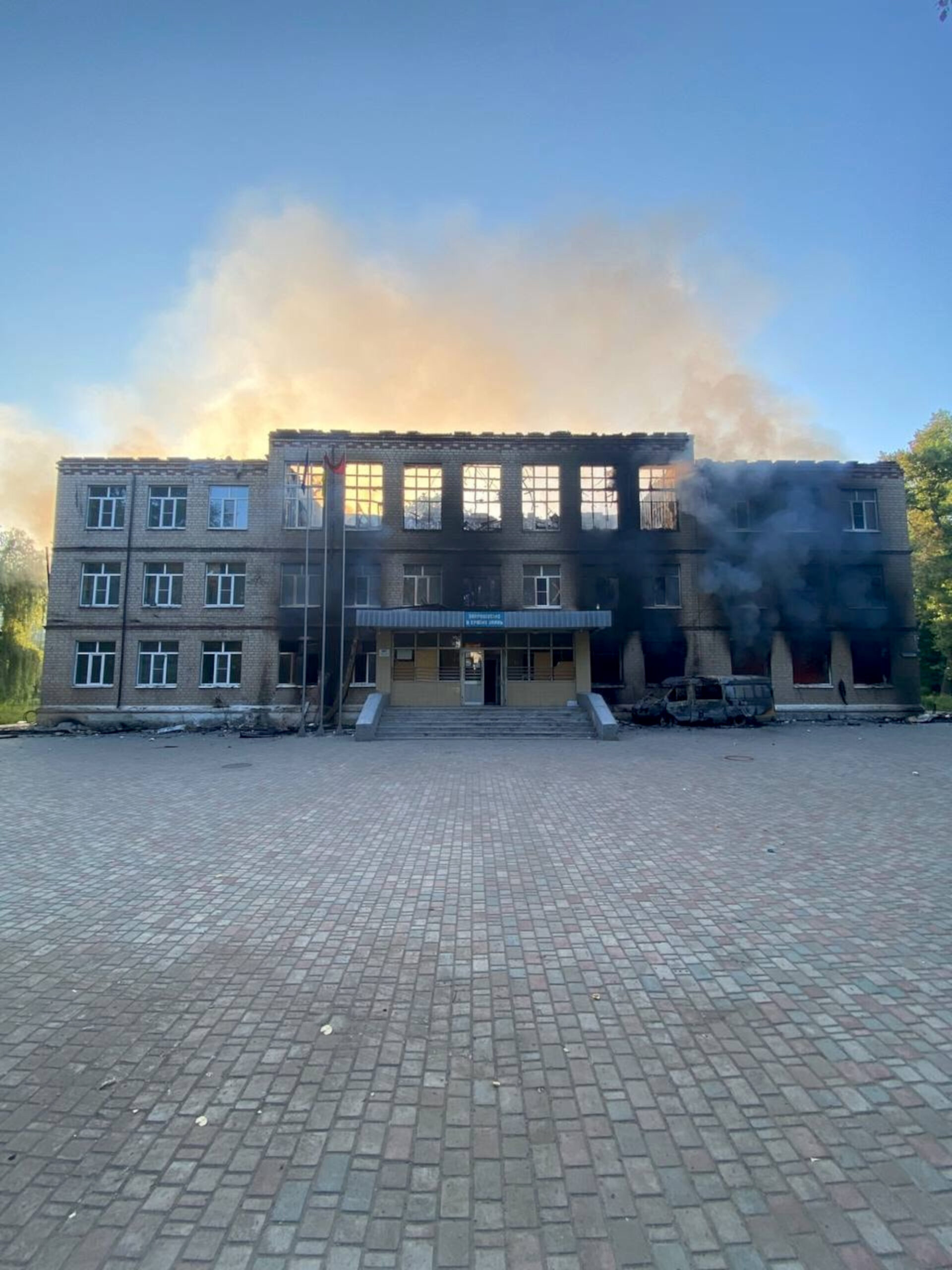 Destroyed school after reportedly was shelled by the Russian army in Avdiivka in Ukraine on June 21, 2022. (@pavlokyrylenko.donoda/Zenger)

These images purport to show a school in eastern Ukraine that was hit by a Russian incendiary bomb, with a Ukrainian official saying that 200 schools have so far been destroyed by the invading forces.

The images were obtained from Pavlo Kirilenko, the Ukrainian Head of the Donetsk Regional Military Administration, who said that they show School Number 6 in Avdiivka burning after it was hit by Russian ordnance during the night of Monday, June 20 and Tuesday, June 21.

Avdiivka is a city in eastern Ukraine’s Donetsk Oblast region.

Kirilenko added (in English): “Last night, the invaders fired at her with the shells of the RSZO ‘Grad’ with a magnesium charge.”

Magnesium charges are typically used in incendiary bombs and missiles. Incendiary weapons are only expressly banned by international treaties if used against civilian populations.

Kirilenko also said: “This is the third school destroyed by the Russians in Avdiivka. In total, the occupants [have] destroyed about two hundred schools in [the] Donetsk region.

“And not to tell their hellish, rashist propaganda about ‘release’ and ‘denazification’, the truth is that Russian Orcs have come to our land to destroy and kill. Civilians first and foremost.”

Ukrainian forces regularly refer to the Russian troops as ‘rashists’, a combination of the words ‘Russian’ and ‘racist’, and as ‘orcs’.

President Joe Biden has promised Kyiv another $1 billion in security assistance and weapons. And General Mark Milley says Russia has lost around 20 to 30 percent of its armored forces during the ongoing invasion.