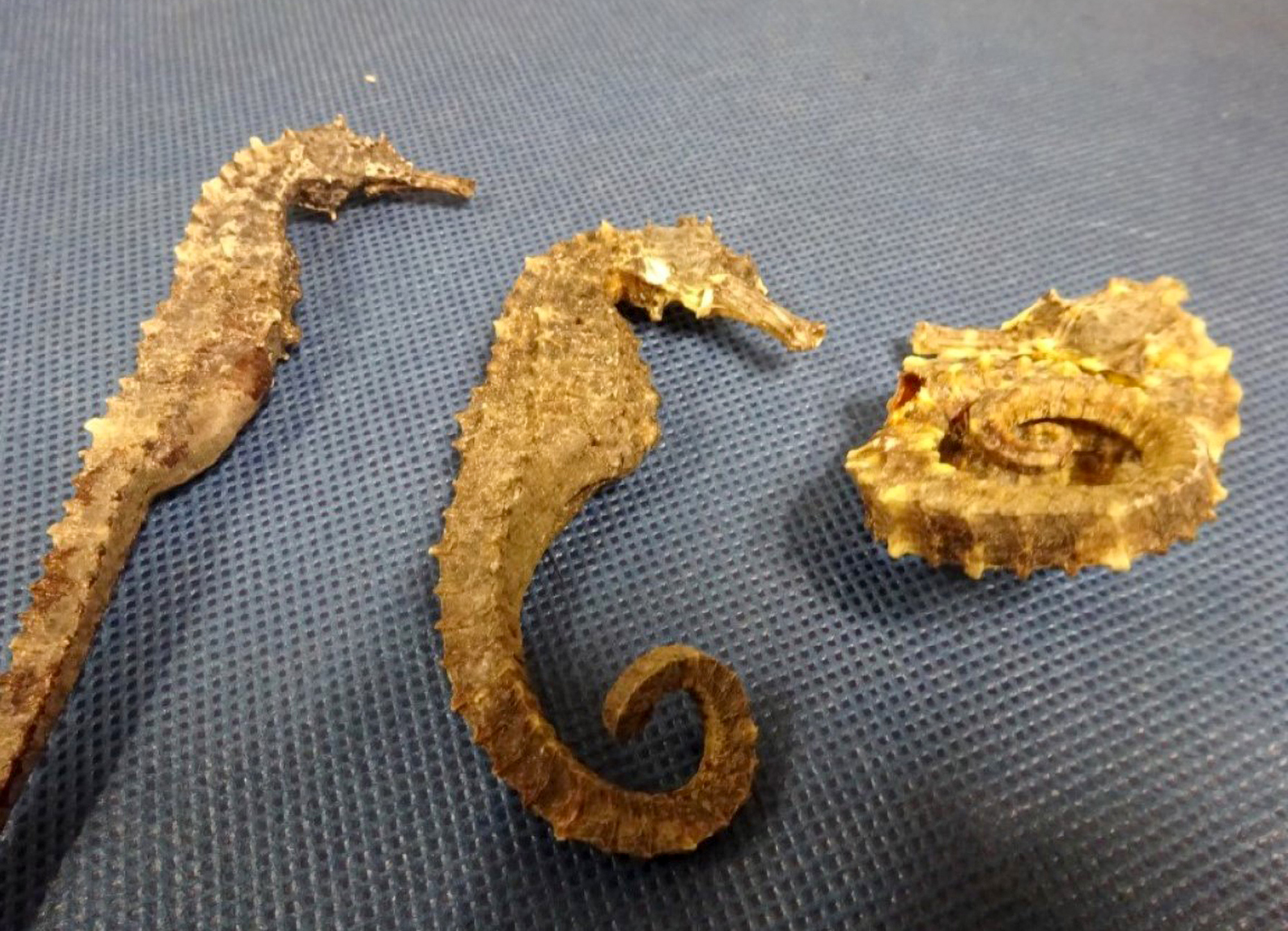 Customs officers found nearly 1,000 endangered seahorses being smuggled through an airport to be used as ‘natural viagra’ by bogus healers.

The dried seahorses had been stashed in a freight package going through Germany’s Dresden and Leipzig Airport when they were found by a sniffer dog.

The 5-kilogram (11-lb) package was reportedly in transit from Senegal, West Africa, to Laos in south-east Asia, when it was found on Thursday, June 16, with the customs office releasing a statement on Monday, June 20.

Powdered sea horses are often used as a form of so-called natural viagra by users of traditional medicine in the Far East.

Marvin Christmann – spokesperson for the Main Customs Office in Dresden – said in a statement: “On June 16, 2022, customs at Leipzig/Halle Airport seized 844 pieces of seahorses weighing a total of around five kilograms during an air freight consignment inspection.

“The package was to be transported from Senegal to Laos via Germany.

“The species protection sniffer dog used during the inspection indicated on the package what drew the customs officers’ attention to the contents of the consignment.

“When opened, 844 pieces of dried seahorses were revealed.”

Christmann added: “With its controls, customs makes a decisive contribution to preserving the diversity of flora and fauna. In 2021, the customs officers at the main customs office in Dresden seized a total of 1,965 species-protected animals and plants and products made from them in 212 cases.”

The customs spokesman said seahorses are protected and subject to strict anti-trafficking measures.

He explained: “Seahorses (lat. Hippocampus) are among the endangered animal species and are subject to protection under the Washington Convention on Endangered Species.”

Christmann said: “The powder from dried seahorses is said to have a healing and potency-enhancing effect in eastern regions.

“Species-protected animals and plants and goods made from them that are imported or exported illegally or without the required documents are confiscated by the customs authorities.”

He added: “Illegal import or transit is a violation of the Federal Nature Conservation Act and can be punished with imprisonment for up to five years or a fine.”

Dried seahorses are widely used in traditional Chinese medicine, with it being incorrectly believed that they can cure asthma and skin infections, as well as impotence.