It is currently unclear where Ukraine images were filmed, but they were obtained from the Russian Ministry of Defense.
By Joseph Golder June 23, 2022
Facebook
Twitter
Linkedin
Email 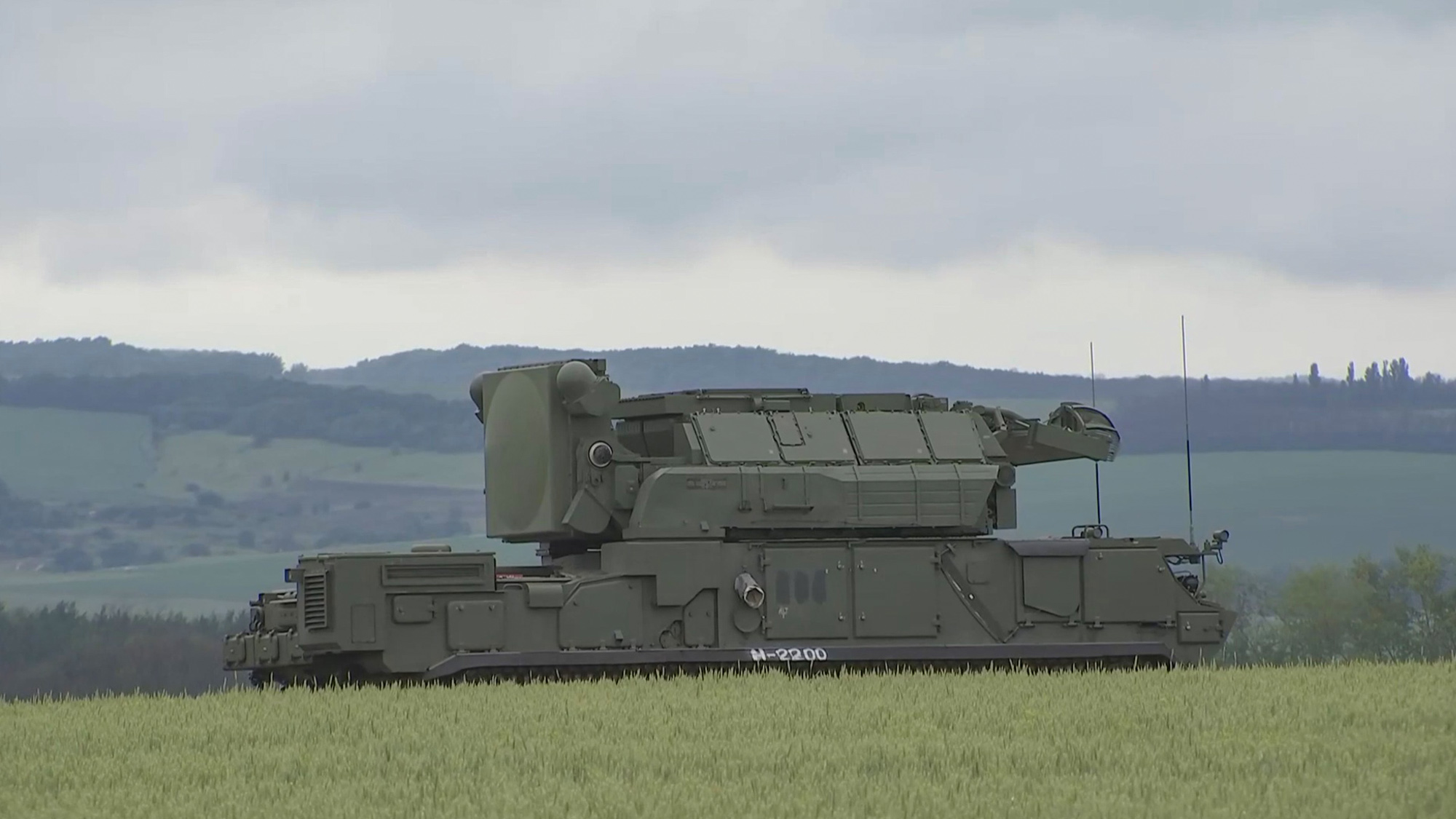 Russian air defense system Tor-M2 hit a target in the sky during the combat in Ukraine. (Ministry of Defense of Russia/Zenger)

These images purport to show a Russian Tor-M2 air defense system conducting operations in Ukraine, successfully detecting an incoming drone and firing a missile at it to take it out.

It is currently unclear where Ukraine images were filmed but they were obtained from the Russian Ministry of Defense (MoD), who said in a short statement issued early on Wednesday, June 22, that they showed “combat work of the crews of the Tor-M2 air defense system”.

Russia invaded Ukraine on February 24 in what the Kremlin still calls a “special military operation.” June 22 marks the 119th day of the invasion.

Russia has conducted an anti-ship missile exercise in the Baltic Sea amid escalating tensions with NATO member Lithuania after the latter country blocked the transit of goods to the Russian exclave of Kaliningrad.

On june 8, the European Parliament adopted a resolution recommending that the European Union grant Ukraine the status of candidate country for EU membership. In the balloting, 438 members of the European parliament voted in favor of the resolution, with 65 voting against and 94 abstaining.