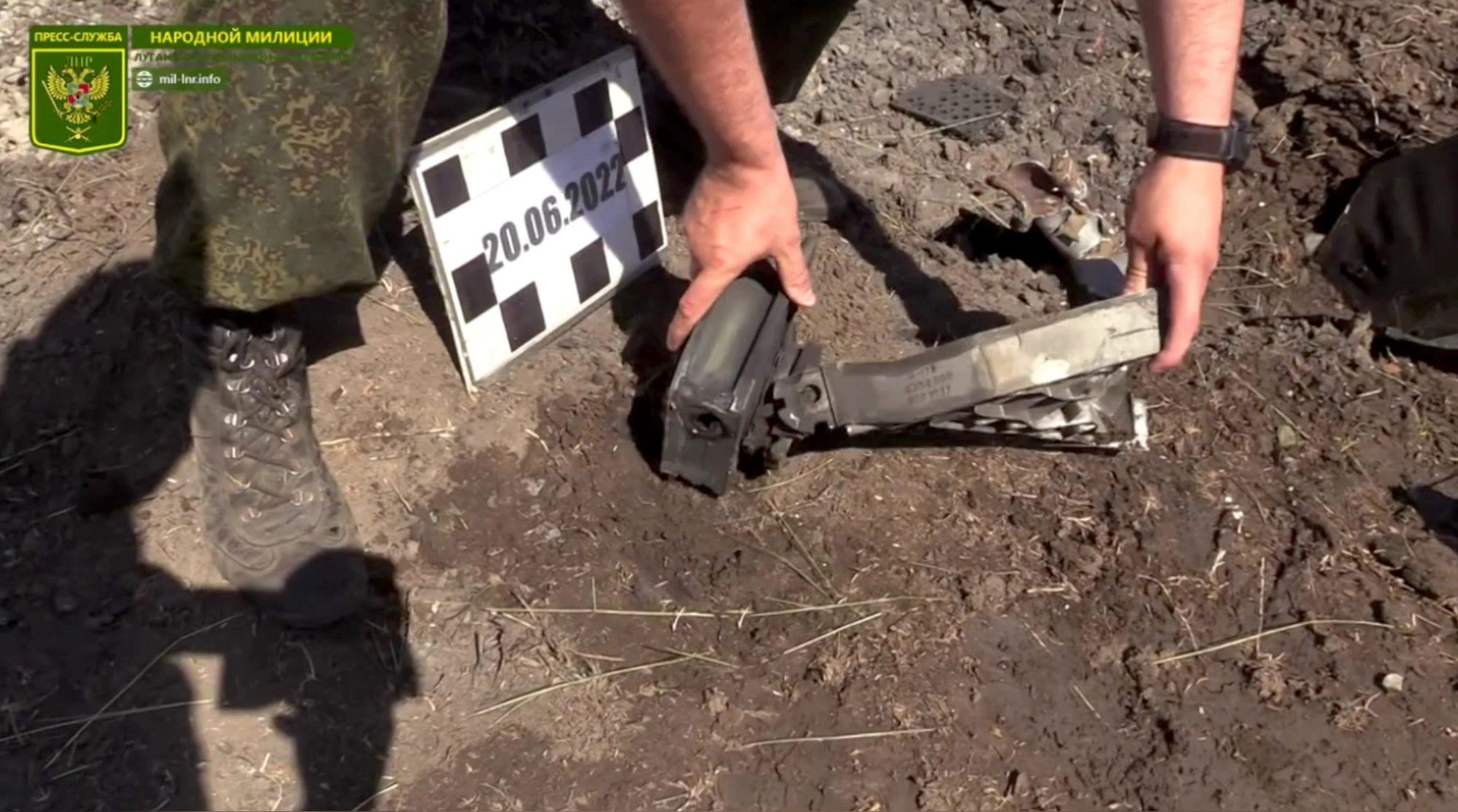 At the scene after Ukrainian Forces used a tactical missile against the inhabitants of the village of Khoroshee, in Ukraine. (@millnr/Zenger)

Pro-Russia separatists in the so-called Luhansk People’s Republic have accused Ukraine of firing a tactical missile at a village.

The footage shows debris from what it has been claimed was a tactical missile fired by Ukrainian forces into a village in the eastern part of the country.

The images were obtained from the Luhansk People’s Republic (LPR), a breakaway state in eastern Ukraine, on Tuesday, June 21, along with a statement saying: “Ukrainian Nazis used a tactical missile against the inhabitants of the village of Horoshee.”

The LPR added: “The blow was delivered from a Tochka U tactical missile system.

“During our investigation, we found that a high-explosive fragmentation type tactical missile was used. That is, [one that is] designed to destroy housing construction, various communications, and so on. It carries a great destructive ability.”

Russia recently conducted an anti-ship missile exercise in the Baltic Sea amid escalating tensions with NATO member Lithuania after the country blocked the transit of goods to the Russian exclave of Kaliningrad.

President Joe Biden has promised Kyiv another $1 billion in security assistance and weapons. Chairman of the Joint Chiefs of Staff General Mark Milley says Russia has lost around 20 to 30 percent of its armored force during the ongoing invasion.