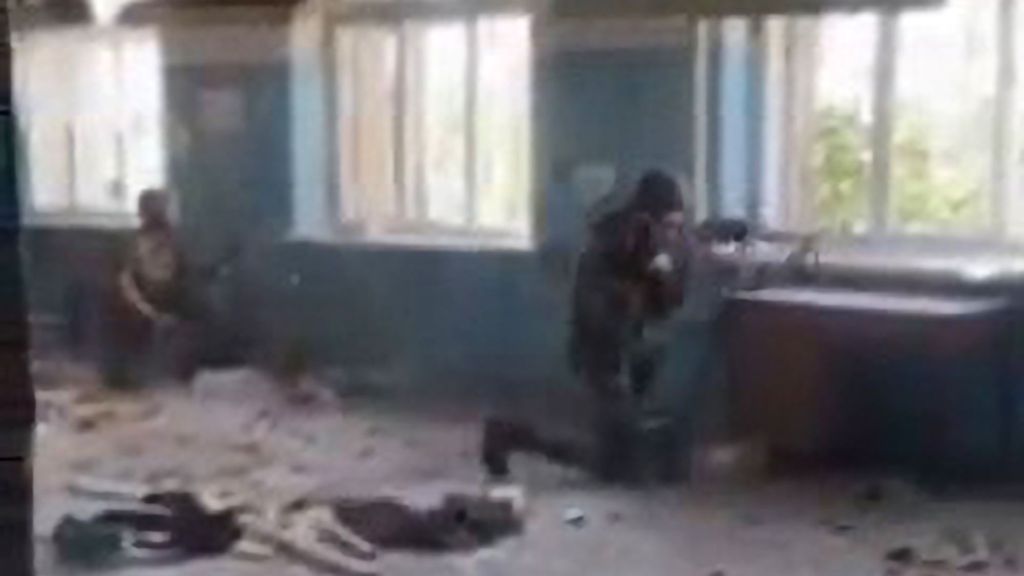 This is the moment a Ukrainian soldier fires a rocket from inside a building, filling the entire room with smoke as the battle for the eastern Ukrainian city of Sieverodonetsk rages on.

The soldier, who has not been named, can be seen retreating from the window briefly to reload his rocket launcher before heading back to the window and firing again.

The footage also shows Ukrainian soldiers using assault rifles as they fire out the windows of the severely damaged building while also taking fire.

The video then cuts to a soldier also sporting a rocket launcher and firing from what appears to be a different, but also damaged building at unseen enemies below before quickly retreating as the footage ends.

They added: “Without rest, sleep or even a few minutes of silence, the Guards together with their comrades from other Defense Forces hold the city. The battles for Sieverodonetsk continue. The enemy receives from our military what he deserves – death.”

The Land Forces of the Armed Forces of Ukraine also confirmed that the footage shows fighting “in the city of Sieverodonetsk” in the Luhansk Oblast region of eastern Ukraine.

The new head of the British Army, General Sir Patrick Sanders, told British forces this week that they need to be ready to face Russia on the battlefield and said the British Army now needs to be capable of defeating Russia.

President Joe Biden has promised Kyiv another one billion dollars in security assistance and weapons. General Mark Milley says Russia has lost around 20 to 30 percent of its armored forces during the ongoing invasion.