Images were obtained from the 45th Separate Artillery Brigade of the Armed Forces of Ukraine on the evening of Tuesday, June 21.
By Joseph Golder June 23, 2022
Facebook
Twitter
Linkedin
Email 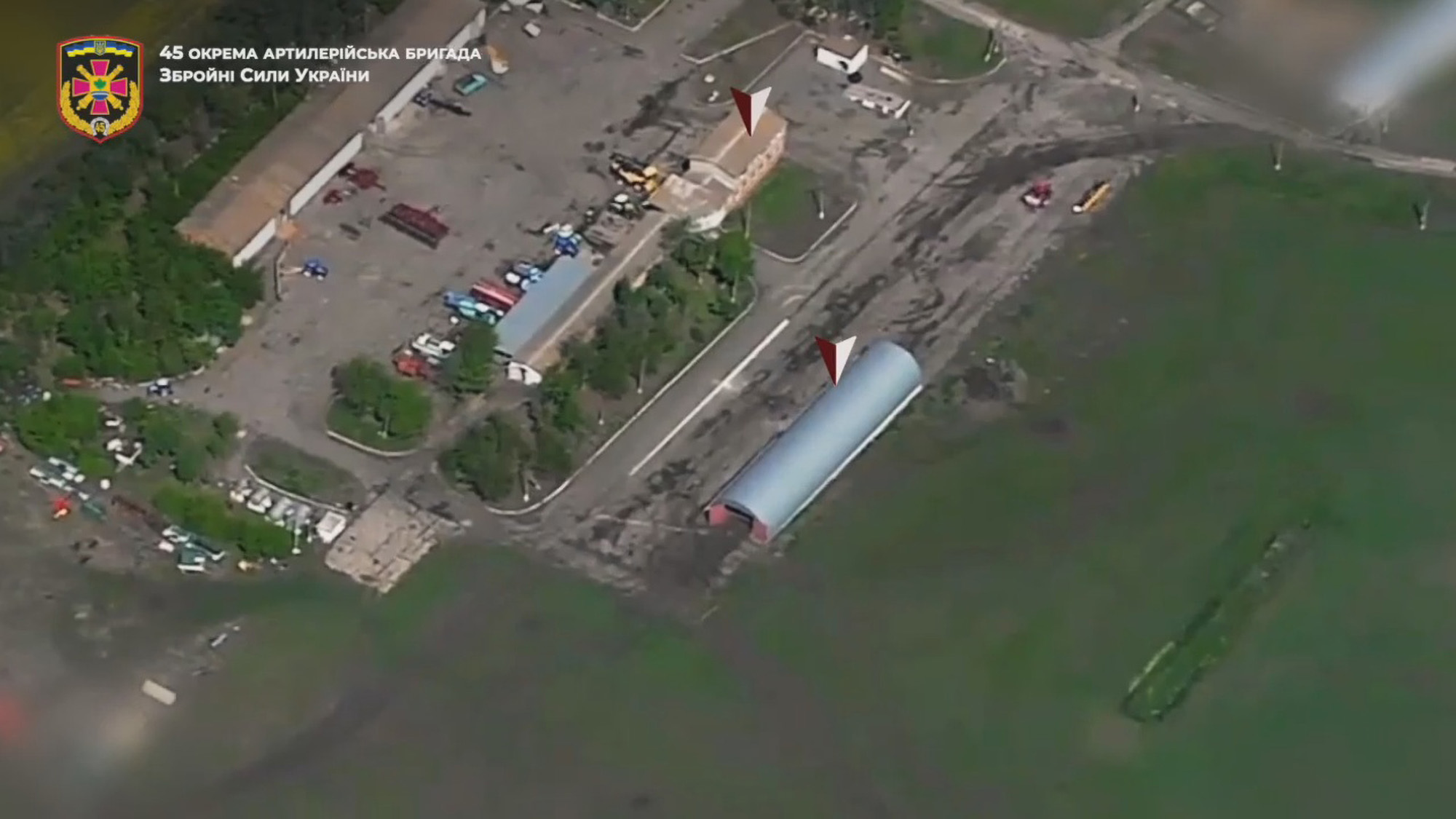 Soldiers of the 45th Artillery Brigade of the Armed Forces apparently hit a hangar with Russian armored vehicles in Ukraine. (@45oabr/Zenger)

This is the moment Ukrainian art reportedly hits a hangar on a farm that was housing Russian armored vehicles.

The footage appears to show a farmhouse with Russian troops present. The area is then repeatedly shelled, with multiple buildings being hit and Russian armored vehicles reportedly being destroyed.

The images were obtained from the 45th Separate Artillery Brigade of the Armed Forces of Ukraine on the evening of Tuesday, June 21.

The footage was also shared by the Strategic Communications Department of the Armed Forces of Ukraine, who said: “Morning would not be morning without fried Russians.”

They signed off with the well-known slogan “Slava Ukraini!”, which means “Glory to Ukraine!” in English.

Russia invaded Ukraine on February 24 in what the Kremlin is calling a “special military operation.” June 22 marks the 119th day of the invasion.

President Joe Biden has promised Kyiv another $1 billion in security assistance and weapons. For his part, General Mark Milley says Russia has lost around 20 to 30 percent of its armored forces during the ongoing invasion.