Footage shows Sami Sementilli alongside the London Underground worker as they prepare to announce the arrival of a train. 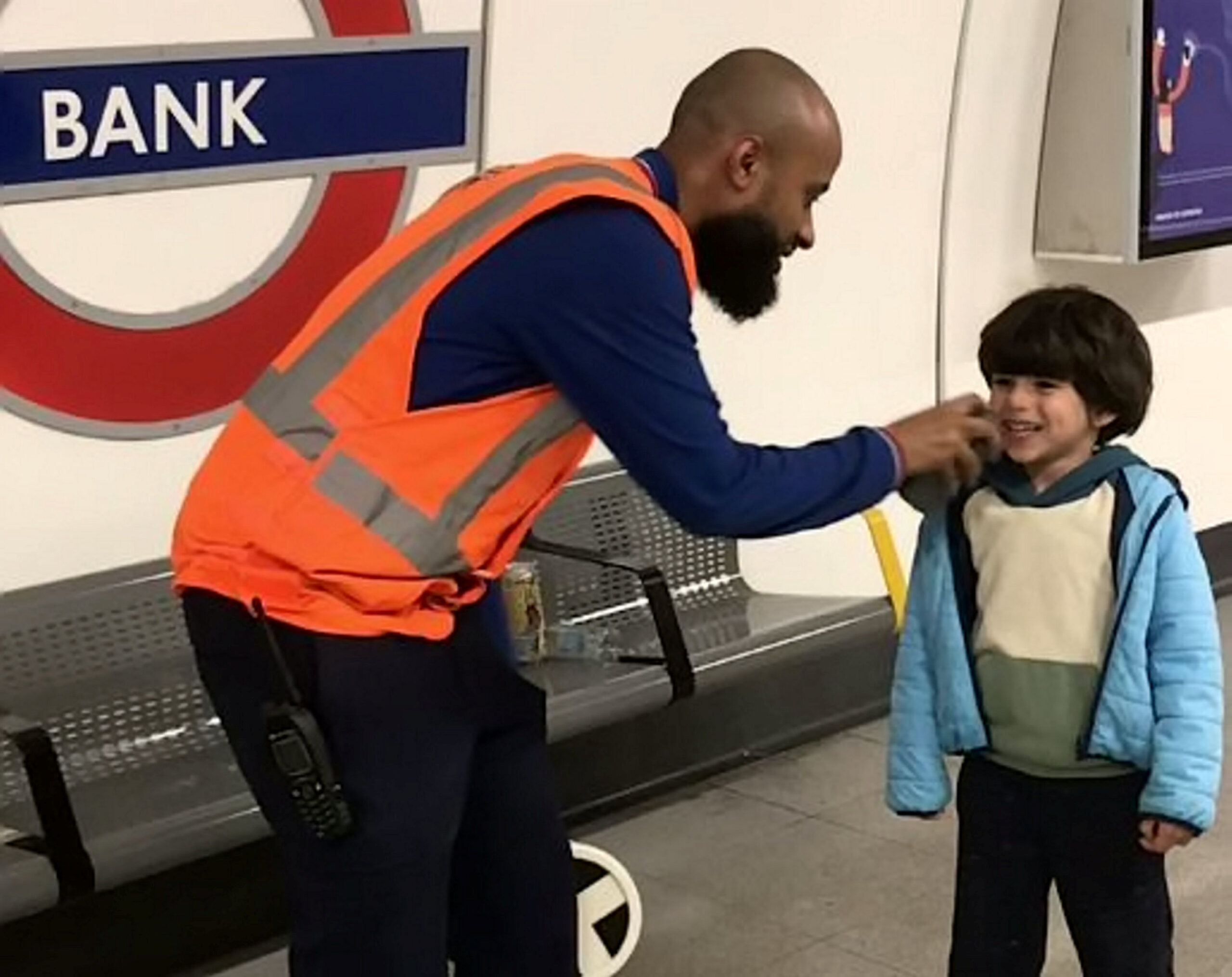 This is the adorable moment a London Underground worker lets a train-obsessed toddler announce an incoming train.

Footage shows five-year-old Sami Sementilli alongside the London Underground worker as they prepare to announce the arrival of a train.

Sami and mother Ifat were at Bank subway station in central London after spending a weekend in King’s Lynn, Norfolk, in eastern England, with his grandparents.

Ifat said: “I was actually explaining to my son what the employee’s role was and he overheard so he asked my son if he would like a go.

“I thought he was joking so I was surprised but also happy that my son could have a go as he won’t realize now but when he’s older he will realize what a privilege it was to do it.”

Adding: “He’s always copied what the train workers say in play but making an announcement has never been something he’s really thought he could do.”

Ifat said that other passengers along the platform smiled and laughed as they watched on at Sami’s new role as train announcer.

The Transport for London employee who was more than happy to oblige Sami’s request even commented on the viral video saying: “He was very confident, bless him, I’m glad this made his day; anything to make children happy. I hope you enjoy the rest of your holiday!”

Ifat said: “He was so friendly and sweet with my son, he clearly enjoyed brightening up his day and adding some sparkle to it.

“I thought it was so sweet that’s why I put it on TikTok hoping he would get some positive praise for being kind.”

The miniature transport enthusiast gained a love for trains at a young age and has a large collection of train sets that he obsesses over.

Ifat said: “Ever since my son was a toddler he’s absolutely loved trains.

“He loves all transport but trains are his favorite.

“He has a huge collection of trains, railways and other accessories as part of his train track set and he still adds new bits to it.

“He recently got a crane to add to his play for his birthday and every weekend he spends a long a time playing with his train set with dad.

“He’s lucky to have been on the underground many times and other various trains.

“Last week he was so happy to go and check out the Elizabeth Line!”