Marc Broussard Poised To Set The World On ‘Fire’ With Tour, New Project 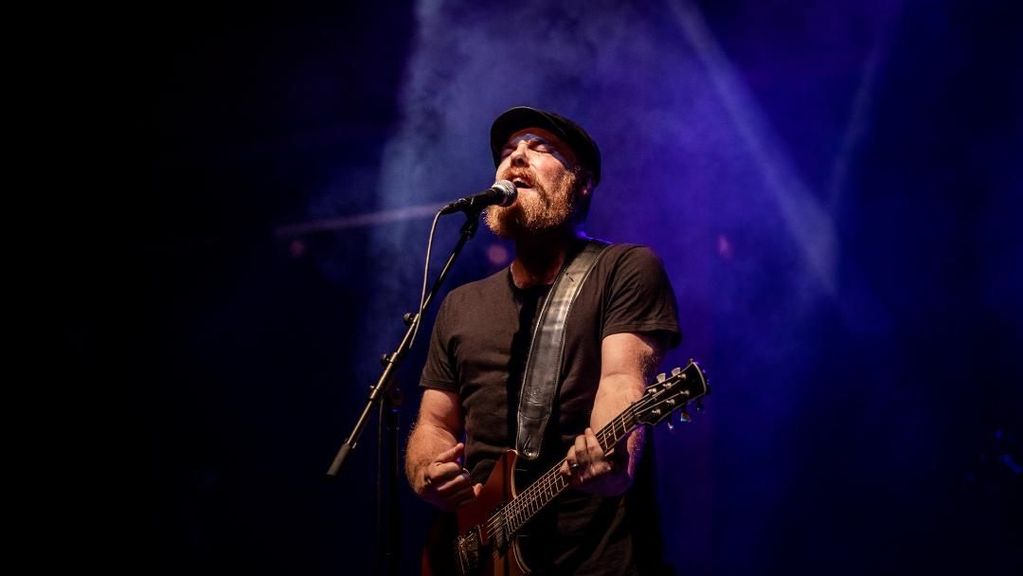 LAFAYETTE, La. — There is a powerful new baritone in town.

Teddy Pendergrass, Gerald Levert, Wilson Pickett and Barry White carried that sound for decades. Since losing those legends, our ears have been somewhat deprived.

His soulful voice and classical approach to music is refreshing for those in search of that ’70s and ’80s musical vibe. Broussard is currently on a world tour Tour — Marc Broussard, prepping for the July 1 release of “Fire,” his new, Eric Krasno-produced single. He is also working alongside blues legend Joe Bonamassa for a 2023 “S.O.S.” series project release.

Broussard took a break from his busy tour schedule to discuss his career with Zenger.

Zenger: You had a health scare in April. Everything OK?

Broussard: I was doing too much partying. It had more to do with the 25 Old Fashions. But everything seems to be alright.

Zenger: You are currently touring the world. Does tour life burn you out, or have you grown accustomed to it?

Broussard: Nah, man, I was made for these roads. Especially since my wife has been traveling with us these last nine months. She’s out helping them sell merch and helping with driving. Having mama [Sonya Broussard] out here with me is a major plus. I’m ready to go.

Zenger: You are currently working on an album. Do you draw inspiration from the road, or do you prefer a more secluded method of creating?

Broussard: My inspirations come in ebbs and flows. For years, I would sit down in a room with somebody, and we would write a song. But these last couple of years since we’ve had to isolate, I started doing things differently. I would work with a guy,  say, Eric Krasno. Eric will send me a track, a really nice, well-done track. He would send me a batch of songs to choose from. I would get inspired.

Zenger: Speaking of Eric Krasno, you guys hit the mark with that track “Fire.” That will be available July 1. Tell us about the concept behind it.

Broussard: I reached out to Eric because I had a batch of material I was ready to get down on record. I said, “Hey Eric, I think I want you to produce this thing, but I think we should write a few tunes together, just to get a feel for each other.” We’ve known each other for years, but I wanted to get the juices flowing. I had been kind of chasing a vibe like Al Green’s “Take Me To The River” for years now. I just kept coming up short.

I told Eric to listen to “Take Me To The River” for some inspiration and send a track my way. He sent me a track, I worked on some lyrics, and sent him back some ideas. In fact, the first iterations that I sent back were different from what you’ll hear on this final. Ultimately, it took a bit of massaging to make the thing to work. “Kras” knocked it out of the park for me.

Zenger: Is it tougher to form chemistry not being present with a producer, composure, or another songwriter, or just a slight adjustment?

Broussard: It was a different approach. Something that I really enjoy, just being able to sit in the laboratory by myself, and just push through some of the walls that have prevented me in the past. When I hit the wall as a lyric writer 45 minutes into an attempt, if I just push through that wall, I usually can get over the hump. It allowed me the opportunity to blend with my skill-set and find out what I’m made of.

Zenger: You have a lot going on with the tour, the single and eventually the full album. Have you found the sound you’re looking for, or is it a constant search?

Broussard: I was never really looking for one particular thing to land on. I’ve never done a concept album, but I definitely feel like I’ve hit a stride here working with Eric and working with Joe Bonamassa on this new “S.O.S.” project. I’ve got a collab with Teddy Swims coming real soon. Allen Stone is jumping on a track. I feel like I’m definitely hitting stride here, and it’s a good feeling.

Zenger: Zenger: I saw online people asking for that Teddy Swims collaboration, so it’s awesome you guys linked up.

Broussard: Yeah, it’s actually a track that I’ve had in the can for about five years, that seemed perfect for a guy-guy duet. It’s a song called “Nobody Like You,” that talks about the trials and tribulations that friends carry us through. I also came up with a character called Freddy Slims, who has some beef with Ol’ Teddy Swims. I’ll just leave it at that (laughing).

Zenger: You mentioned working with blues legend Joe Bonamassa. What can we expect from that project and when?

Broussard: It’s part of the “S.O.S.” series I’ve done over the years. We do these covers albums to raise money for charity. This project is raising money for people coming out of prison. The blues seemed right on the money for it. I called up Joe Bonamassa because he knows more about the blues than anybody I know. I said, “Hey man, I could use your help on this,” and he jumped at the chance.

We tracked it at Sunset Sound in L.A., which is where Prince recorded “Purple Rain” and “1999.” Everybody from Led Zeppelin to Dan Fogelberg has tracked their hit records at this spot. It was a fantastic week. We had an incredible band. Lemar Carter on drums, who’s done a bunch of stuff with Kanye [West]. He was in Raphael Saadiq’s band for a long time. Calvin Turner as well, Josh Smith on guitar, Jeff Babko on keys, and Joe Bonamassa laying it down with the lead.

We had about the best players you could possibly get in the studio to make this thing. Right around the New Year, you can expect to start hearing some of that stuff, and then the album will come out in January.

Zenger: You sang your heart out on the Blue Pills’ song “California.” How did that collaboration come together?

Broussard: They reached out and asked for the collab. I’m familiar with them because I’ve done some touring overseas and loved their stuff.  I just had to live with the track for a couple of months and really hone in on what I was going to do. I went to the studio, knocked it out, and sent them the track, and they loved it.

Zenger: You have covered so many classic hits; what’s your favorite to date?

We know the Tuesday crowd isn’t the same as the Saturday crowd. It’s always a chance for the audience to get out of their stupor. If it’s in the middle of the week, maybe pretend like it’s the weekend for a bit. It’s a fun song to play and a damn fun song to sing.