"We’ve had 30 fantastic years here, and we’re getting on in years now, the time has come for someone else to take on the place."
By Simona Kitanovska June 23, 2022
Facebook
Twitter
Linkedin
Email 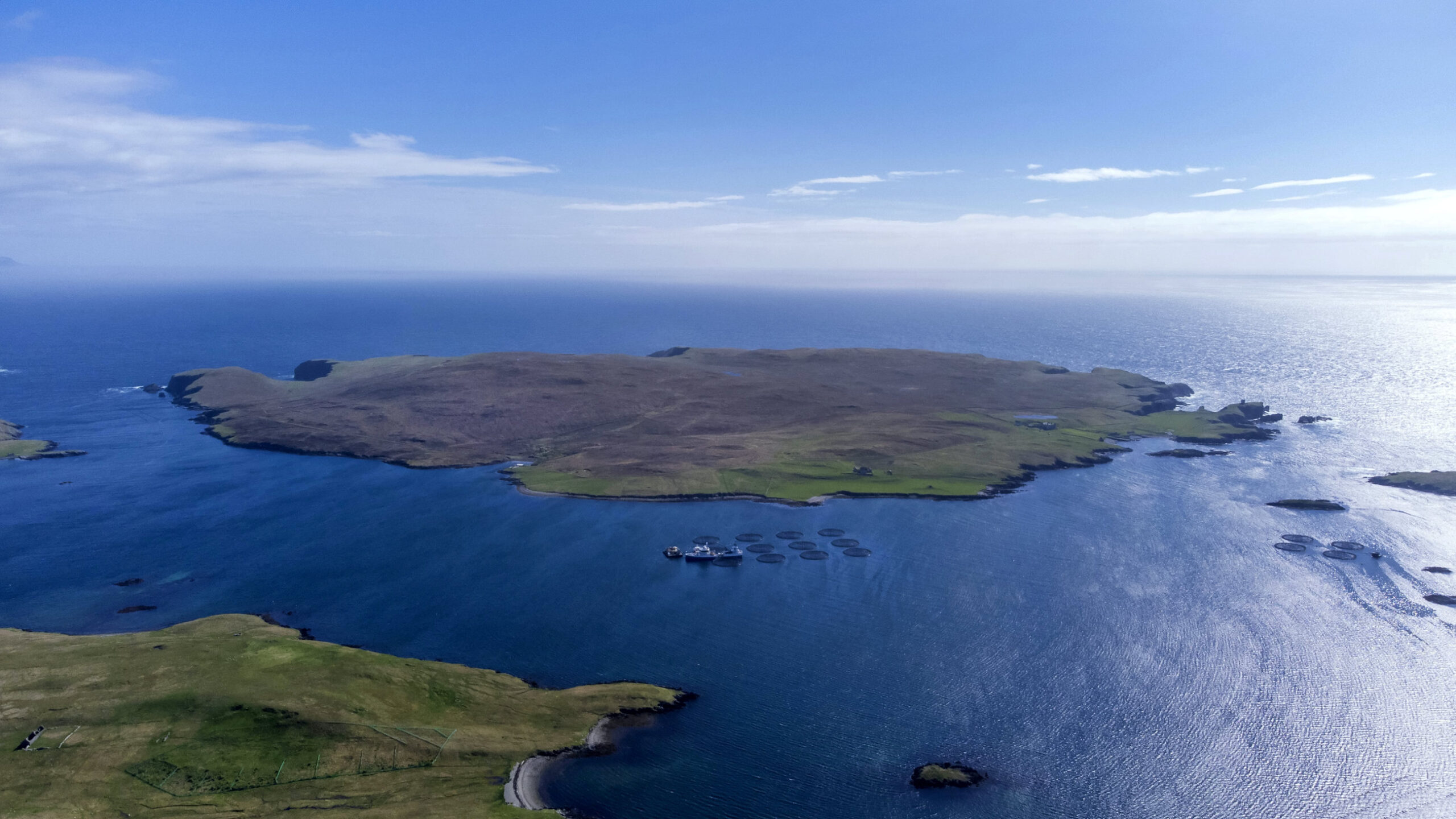 A private island off the coast of Shetland with a 17th Century villa is on the market for about $2 million - including a flock of pure bred sheep. (Steve Chatterley/Zenger)

A private island off the coast of Scotland with a 17th-century mansion is on the market for a little more than $2 million – including a flock of pure bred sheep.

The Isle of Vaila, in Scotland Shetland islands, is being sold for 1.75 million British pounds ($2.15 million). It includes 757 acres of land and a six-bed mansion with four front rooms, as well as 200 purebred Shetland ewes.

It also has a farmhouse and a cottage and a coastline spanning around 6.5 miles which is perfect for fishing or hiking, where the Atlantic Ocean and the North Sea meet.

For 30 years, Vaila has been owned by Richard Rowland and Dorota Rychlik, who left London for the remote island and married there in 1994 in front of 150 guests.

They bought up the mansion and all its fittings and furnishings – and even the boat used to make the ten-minute journey to and from the largest island in the Shetland archipelago, which is known as the “Mainland.”

The couple have decided to focus on their fine art gallery in Lerwick, the administrative capital of Shetland, and said it was “a wrench” to leave.

Rowland said: “We’ve had 30 fantastic years here, and we’re getting on in years now, so I think the time has come for someone else to take on the place.

“One just has to be realistic that nothing is forever.”

He spotted it in Historic Scotland’s Buildings at Risk register, and bought it from the descendants of Yorkshire mill magnate Herbert Anderton, who had the six-bed Vaila Hall built as his summer getaway in the 1890s.

Vaila Hall has been lovingly restored and has stained glass windows, a baronial hall and a stone fireplace.

Also included in the sale is a three-bedroom farmhouse, a two-bedroom caretaker’s cottage and the Mucklaberry watchtower, dating from the 18th Century, which overlooks the coast.

Prior to the Anderton dynasty, founder of P&O ferries Arthur Anderson leased the island in 1837 and established the Shetland Fishing Company there.

Rowland said: “We were looking for a project to take on and restore, and had really thought more of the Western Isles or mainland Scotland, and hadn’t really thought about Shetland at all until we saw this.

“We used to charter planes to bring guests up here.”

He wrote in a book about the island: “Vaila is a microcosm of all that is best about Shetland.

The skeleton of a 42-foot sperm whale lies in an outbuilding on the island after it was beached in 2000.

Luke French from estate agent Savills said: “At the meeting point of the North Sea and the Atlantic Ocean, this is a wild and beautiful part of the world.

“The juxtaposition of the dramatic, elemental land and seascape with the exquisite craftsmanship of historic Vaila Hall makes for a quite extraordinary property.

“A rare prize indeed for the next owner but also one which benefits from practical forethought by the sellers with the shore base building providing ease of access and the farming enterprise, farmhouse and cottage creating a variety of opportunities.”

«Previous Post
Tight Spot: Moment Colorado Rescuers Save Goldie The Dog From Large Pipe After It Became Stuck»Next Post
Not My Cup Of Tea: Researchers Find Traces Of Over 400 Different Types Of Insects In A Single Teabag