A unit of carabinieri, Italy’s national police, sent around two officers to spend some time with Luciano Caldiero. 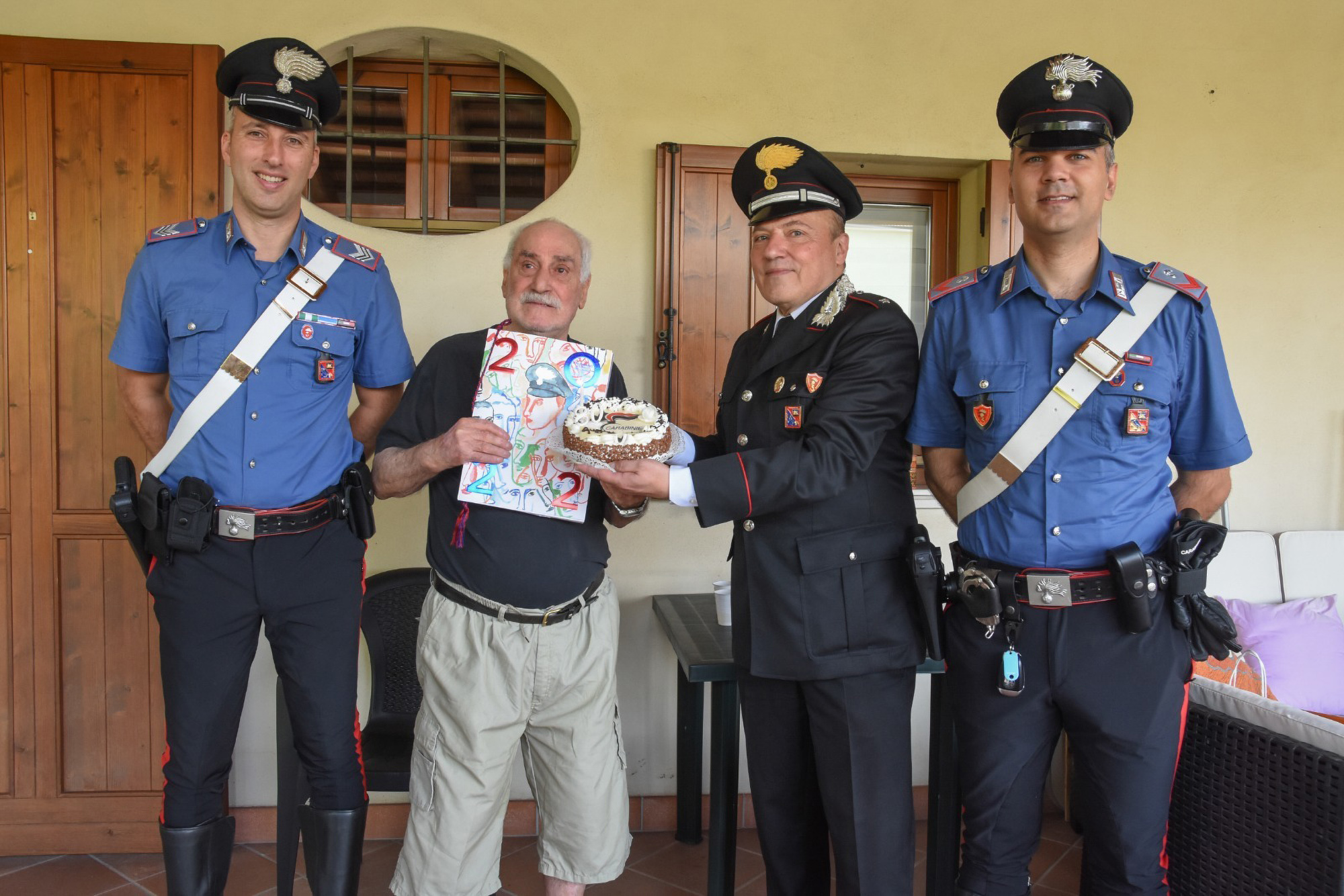 Luciano Caldiero, an 80-year-old retiree from Vicenza, Italy, with police, who he called when he was feeling lonely, and they celebrated his 80th birthday with him.  (Carabinieri/Zenger)

An old-age pensioner who was lonely called the police for a chat and they even sent round some officers with a cake to celebrate his 80th birthday with him.

Luciano Caldiero, an 80-year-old retiree from the northeastern Italian city of Vicenza, in the Veneto region near Venice, called the police on Saturday, June 11, explaining that he was feeling lonely since his brothers and his last friend had all passed away.

A unit of carabinieri, Italy’s national police, sent around two officers to spend some time with him.

And they even returned a few days later, on Wednesday, June 15, to celebrate his 80th birthday with him, bringing along a birthday cake with them.

Luciano can be seen posing for this photograph with the police officers, who also gave him a calendar for his 80th birthday.

The police explained that Luciano had called them around lunchtime on the previous Saturday after feeling lonely since his brothers passed away and his last remaining friend had recently died.

So the two police officers, who have not been named, popped over to Luciano’s place to hang out and spend some time with him.

They then returned a few days later with the local Carabinieri Commander Giuseppe Biscionea and a birthday cake and celebrated his 80th birthday with him.

The carabinieri explained in a statement obtained by Zenger News on Thursday, June 16: “It’s lunchtime on a hot June day.

“An elderly man dials 112 [the phone number for the carabinieri in Italy] and simply says: ‘I feel lonely, I need to talk to someone.’

“The Operator of the Operations Center listens to him and dispatches some patrolling officers by radio to the scene.

“The man tells the carabinieri about himself and that he has felt deeply alone since his brothers passed away.

“In recent days, we celebrated his 80th birthday with him.”

The two unnamed police officers who first visited Luciano can be seen standing either side of the pair and smiling.

The 80-year-old told local media: “Loneliness is a bad thing. I also lost my last friend, I needed a word of comfort and I called the carabinieri.” Luciano’s friend reportedly only passed away a few days ago.

Giuseppe Biscione, commander of the mobile radio section of the Vicenza Carabinieri, told Italian media: “The story of Mr. Luciano moved us all, that’s why we raised some funds between us, at the barracks, to buy the necessary items for his birthday.”