“The operation in Donbas continues. Ukraine is trying to break through the positions of our People’s Militia,” says the LPR. 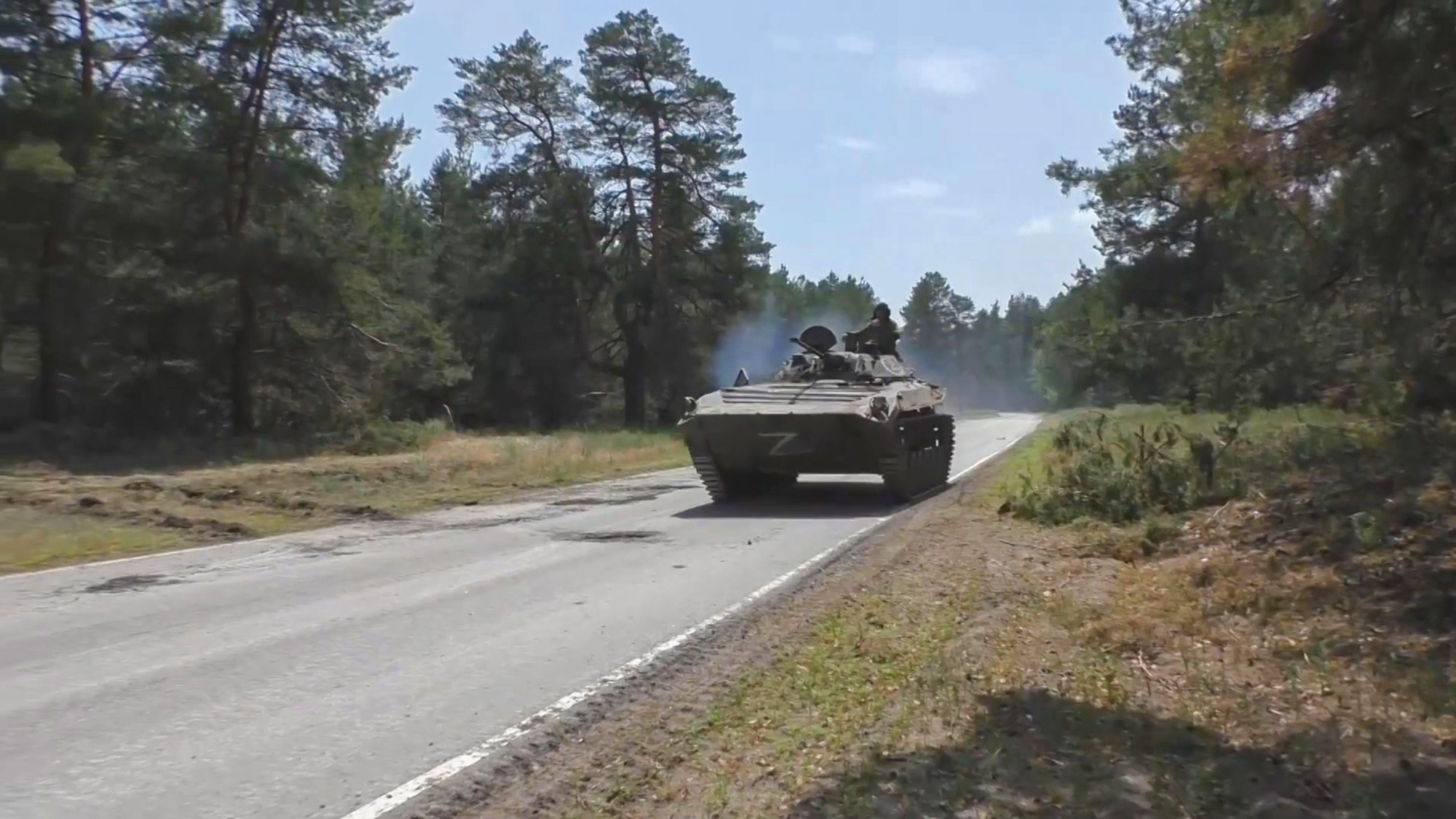 Combat work of the People's Militia of the LPR during Ukrainian forces attempt to break through their positions in Ukraine. (@millnr/Zenger)

This footage purports to show heavy fighting on the front lines in eastern Ukraine, with pro-Russia separatists saying that Ukrainian attempts to break through their lines have so far failed.

The released video shows tanks sporting the white ‘Z’ – synonymous with Russian and pro-Russian forces – on the move and infantry apparently opening fire on unseen enemies with heavy machine guns.

A spokesperson for the LPR said: “The special operation in Donbas continues, Ukrainian servicemen are trying in every possible way to break through the fortified positions of our People’s Militia fighters with the help of sabotage groups in the direction of Severodonetsk, we are convinced that all attempts made by Ukrainian nationalists are meaningless.

“Once again, the fighters of the People’s Militia showed a worthy work against enemy military forces.”

An unnamed LPR sniper also said: “Before the war, I was engaged in private business, but as soon as the mobilization took place, I immediately joined the ranks of the People’s Militia. I did not hide, because if we all hide, they will come and strangle us, shoot us.”

We have not been able to independently verify the footage or the claims.

Russia invaded Ukraine on February 24 in what the Kremlin is calling a “special military operation”. June 21 marks the 118th day of the invasion.

President Joe Biden has promised Kyiv another one billion dollars in security assistance and weapons. And General Mark Milley says Russia has lost around 20 to 30 percent of its armored force during the ongoing invasion.

Independent Russian journalist Dmitry Muratov has auctioned off his Nobel Peace Prize medal for $103.5 million, with all the proceeds going to help Ukrainian refugees.