Michael Jones, lead author of a study that describes the new stellar systems, said: "It's a lesson in the unexpected."
By Joseph Golder June 23, 2022
Facebook
Twitter
Linkedin
Email 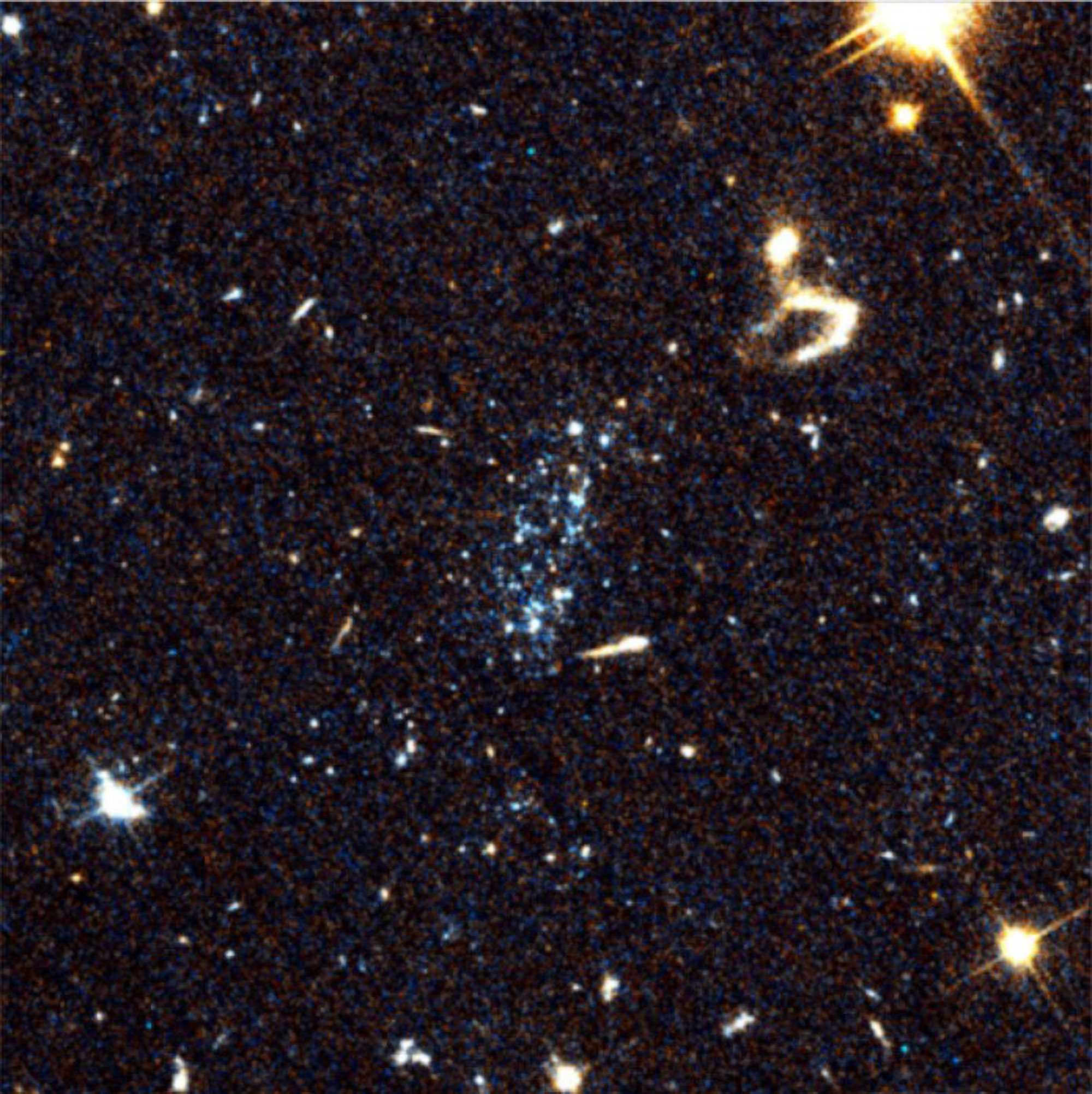 An international team of astronomers have discovered a new type of star system thanks to data from the Hubble Space Telescope.

The star systems, which the experts said look like “blue blobs” when observed through the lens of a telescope and which are about the size of small dwarf galaxies, are not quite galaxies and only exist in isolation.

The University of Arizona released a statement saying: “The stellar structures are thought to be created when galaxies collide with hot gas in a process that could be likened to doing a belly flop in a swimming pool.”

The statement added: “The new stellar systems contain only young, blue stars, which are distributed in an irregular pattern and seem to exist in surprising isolation from any potential parent galaxy.”

Michael Jones, a postdoctoral fellow in the University of Arizona Steward Observatory and lead author of a study that describes the new stellar systems, said: “It’s a lesson in the unexpected.”

The statement said that the “blue blobs” are to be found “within the relatively nearby Virgo galaxy cluster. The five systems are separated from any potential parent galaxies by over 300,000 light-years in some cases, making it challenging to identify their origins.”

The University of Arizona astronomers identified the new systems after another research group, which was led by Elizabeth Adams, of the Netherlands Institute for radio astronomy, “compiled a catalog of nearby gas clouds, providing a list of potential sites of new galaxies.”

Once the catalog was published, several groups of researchers, including a group led by University of Arizona associate astronomy professor David Sand began “looking for stars that could be associated with those gas clouds.”

The statement said: “The gas clouds were thought to be associated with our own galaxy, and most of them probably are, but when the first collection of stars, called SECCO1, was discovered, astronomers realized that it was not near the Milky Way at all, but rather in the Virgo cluster, which is much farther away but still very nearby in the scale of the universe.”

Jones said that SECCO1 was one of these unusual “blue blobs.” He presented the findings, which Sand co-authored, during the 240th American Astronomical Society meeting in Pasadena, California, on Wednesday, June 15.

“Study co-author Michele Bellazzini, with the Istituto Nazionale di Astrofisica in Italy, led the analysis of the data from Very Large Telescope and has submitted a companion paper focusing on that data.

“Together, the team learned that most of the stars in each system are very blue and very young and that they contain very little atomic hydrogen gas. This is significant because star formation begins with atomic hydrogen gas, which eventually evolves into dense clouds of molecular hydrogen gas before forming into stars.”

Jones said: “We observed that most of the systems lack atomic gas, but that doesn’t mean there isn’t molecular gas.”

He added: “In fact, there must be some molecular gas because they are still forming stars. The existence of mostly young stars and little gas signals that these systems must have lost their gas recently.”

The statement said that the combination of blue stars and the lack of gas was unexpected, as was the lack of older stars in the systems that the experts discovered.

Jones said: “Stars that are born red are lower mass and therefore live longer than blue stars, which burn fast and die young, so old red stars are usually the last ones left living.”

He added: “And they’re dead because they don’t have any more gas with which to form new stars. These blue stars are like an oasis in the desert, basically.”

The new star systems are abundant in various metals, with Jones saying: “To astronomers, metals are any element heavier than helium. This tells us that these stellar systems formed from gas that was stripped from a big galaxy, because how metals are built up is by many repeated episodes of star formation, and you only really get that in a big galaxy.”

The statement said: “There are two main ways gas can be stripped from a galaxy. The first is tidal stripping, which occurs when two big galaxies pass by each other and gravitationally tear away gas and stars. The other is what’s known as ram pressure stripping.”

Jones said: “This is like if you belly flop into a swimming pool.” He added: “When a galaxy belly flops into a cluster that is full of hot gas, then its gas gets forced out behind it. That’s the mechanism that we think we’re seeing here to create these objects.”

The statement said: “The team prefers the ram pressure stripping explanation because in order for the blue blobs to have become as isolated as they are, they must have been moving very quickly, and the speed of tidal stripping is low compared to ram pressure stripping. Astronomers expect that one day these systems will eventually split off into individual clusters of stars and spread out across the larger galaxy cluster.”

Sand said that what they have learned things into the larger “story of recycling of gas and stars in the universe.”

He added: “We think that this belly-flopping process changes a lot of spiral galaxies into elliptical galaxies on some level, so learning more about the general process teaches us more about galaxy formation.”