“The offensive tactics of the Chechen special forces to liberate the Luhansk People's Republic are improving every day.”
By Joseph Golder June 23, 2022
Facebook
Twitter
Linkedin
Email 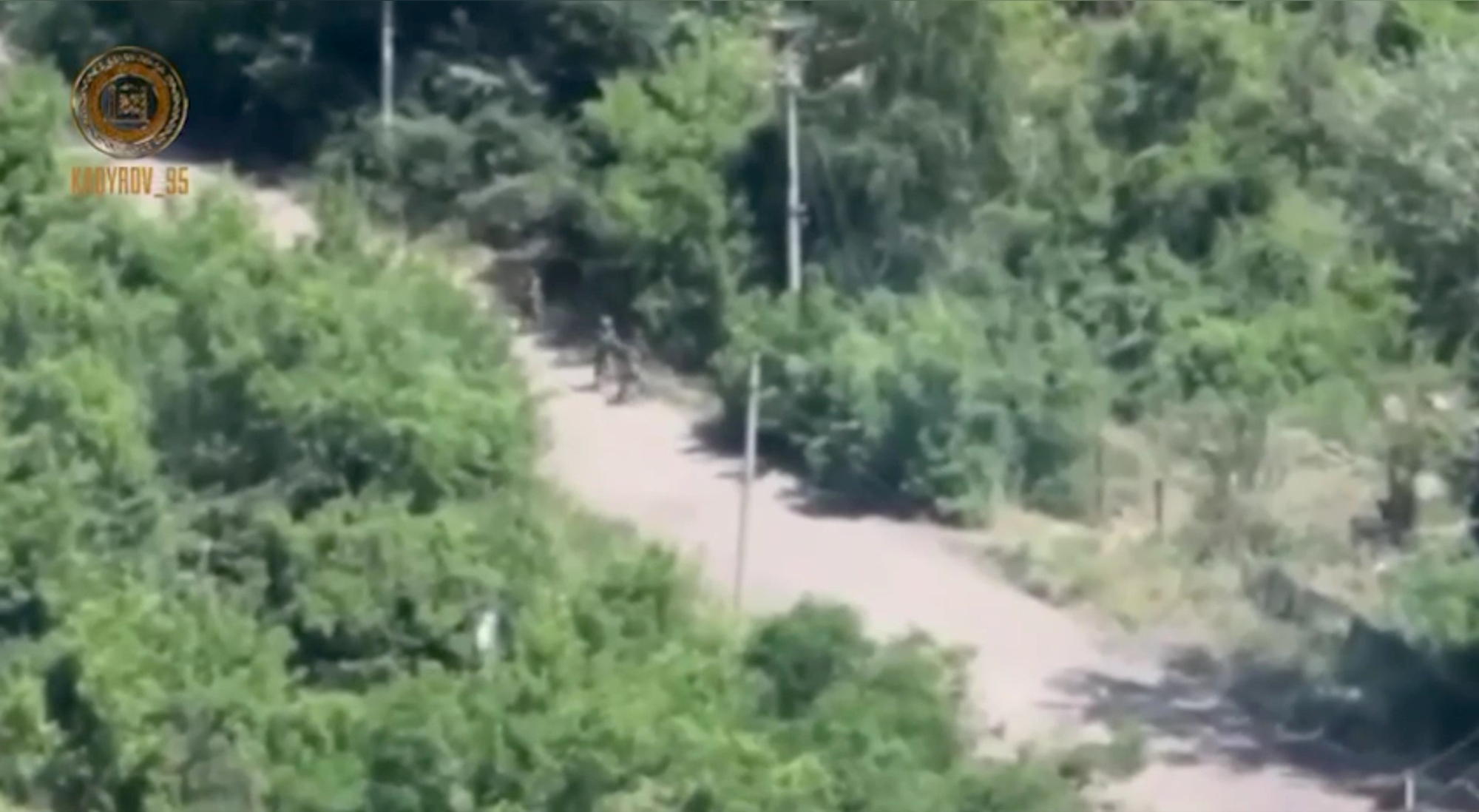 Combat work of the Chechen special forces during their offensive tactics for the liberation of the Luhansk People's Republic, Ukraine. (@RKadyrov_95/Zenger)

The Chechen leader Ramzan Kadyrov has said that his special forces are successfully destroying Ukrainian forces in the pro-Russian breakaway Luhansk People’s Republic.

The footage, which was obtained from Kadyrov, purports to show Chechen special forces carrying out operations in eastern Ukraine, blowing up a rural building and killing Ukrainian troops in the so-called pro-Russia Luhansk People’s Republic (LPR), in eastern Ukraine.

Kadyrov said in a statement obtained on the evening of Monday, June 20: “The offensive tactics of the Chechen special forces to liberate the Luhansk People’s Republic are improving every day. The guys demonstrate stable success in destroying the armed nationalist formations, not even allowing them to regroup.

“Trying to get away from the inevitable punishment, the Nazis and Banderites run from house to house, trying to hide behind civilians. Apparently, they do not know that our fighters took all the residents out of the special operation zone in advance. As soon as the enemy enters the next house, my dear BROTHER, commander Musa Akhmatov, together with his subordinates, immediately covers them with a shell.

Banderites were a group of Ukrainian fascist nationalists led by Stepan Bandera, who aligned themselves with Nazi Germany during World War 2 and conducted ethnic cleansings of Jews and Poles during that period.

“I have repeatedly said and I will repeat again to the Ukrainian-Nazi henchmen: no matter how much you run and no matter what you do, you will not win this confrontation. We will overtake everyone and call them to account. By continuing to resist, you only bring your end closer.”

The LPR also issued a statement attributed to an LPR militia captain named as I. M. Filiponenko, saying on Tuesday, June 21: ”

“Over the course of clashes with units of the defense department, over the past day, the enemy suffered losses in manpower and military equipment, namely: 25 personnel; 4 armored personnel carriers; 7 vehicles; and 6 servicemen of the Armed Forces of Ukraine made the right decision and laid down their arms, thereby saving their lives.”

The statement also said: “The People’s Militia of the LPR calls on Ukrainian soldiers to lay down their arms, for this purpose, the artillery units of the defense department continue to cover the positions of the Armed Forces of Ukraine with propaganda leaflets.

“The enemy continues to terrorize the civilian population of the Republic, shelling the civilian infrastructure of the front-line settlements of the LPR, which do not pose a danger to the enemy and are not military facilities.”

The LPR also claimed that “over the past day, the armed formations of Ukraine fired two missiles from the Tochka-U tactical missile system at the settlements of Stakhanov and Zimogorie.”

President Joe Biden has promised Kyiv another one billion dollars in security assistance and weapons. General Mark Milley, who chairs the Joint Chiefs of Staff, says Russia has lost around 20 to 30 percent of its armored forces during the ongoing invasion.

Muratov, 60, is the editor-in-chief of Russian independent newspaper Novaya Gazeta, which he co-founded in 1993. He has been a vocal advocate for the freedom of the press and argued that it needs to remain independent from government influence.