“He saw a commercial for a local comic con and begged me to bring him and dress up with him."
By Lee Bullen June 22, 2022
Facebook
Twitter
Linkedin
Email 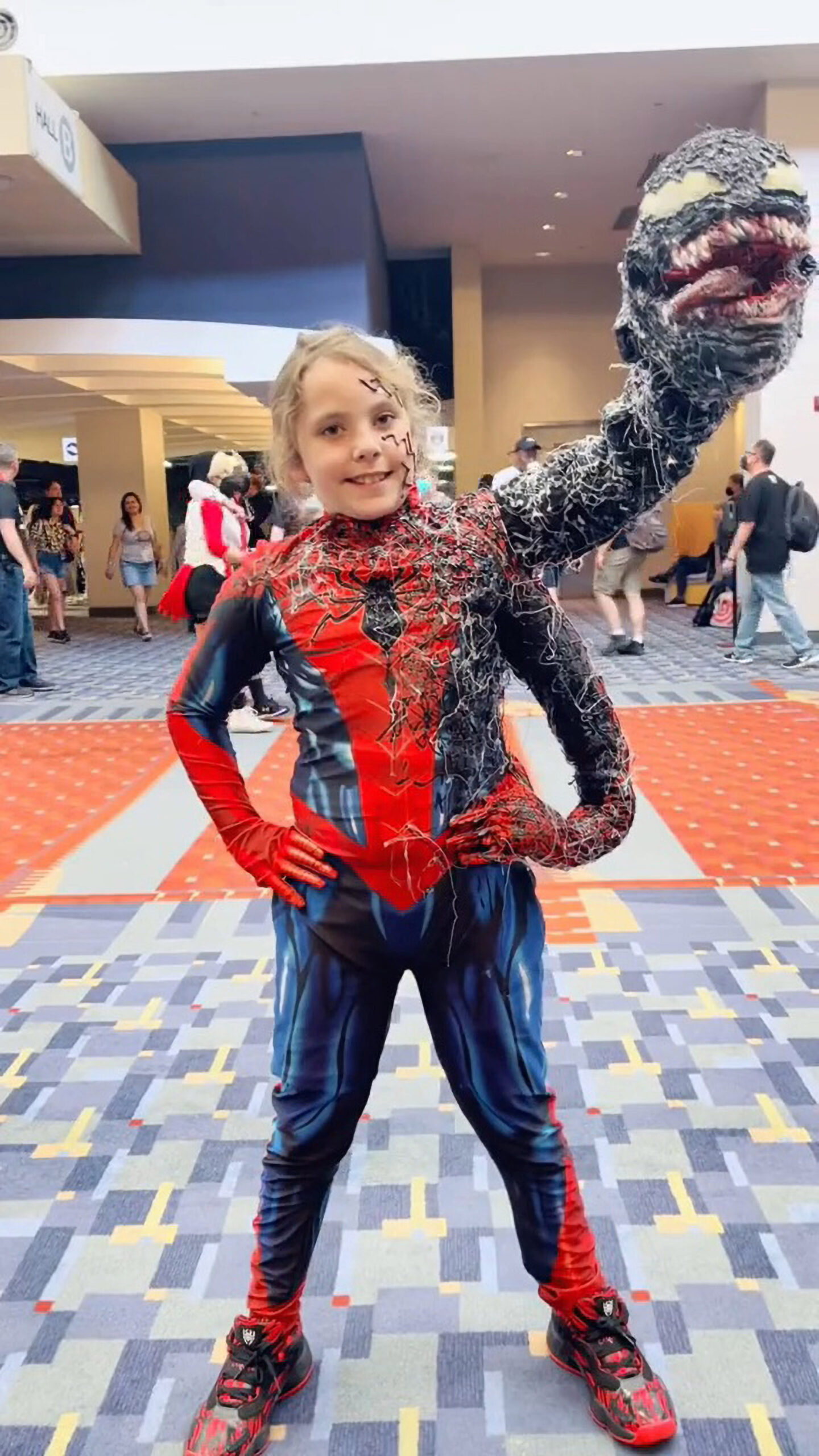 This mother and her young son have become online sensations thanks to their incredible cosplay videos of their favorite superheroes.

Spideymom and her son Spideykid live in Philadelphia, Pennsylvania where they share their love for comic books on social media.

The pair – who like many superheroes keep their real names secret – have several viral videos on TikTok.

One shows Spideykid dressed in a Spiderman costume along with Venom as a sinister glove puppet which has been viewed 11.3 million times.

Spideymom, who works as a Senior Marketing Manager, said her superhero cosplaying started when her son was four years old.

She told Zenger News: “He saw a commercial for a local comic con and begged me to bring him and dress up with him.

“So I got together a Spider-Man and Captain America cosplay and the rest is history.

“He loves to come up with new cosplay ideas for the characters he loves, things you don’t normally see.

“He cares about people above all else though, and often volunteers at events and charity events, his entire goal is to bring a smile to people.

“We are huge marvel fans! From the comics to the movies to the video games!

“Spideykid’s favorite hero is Miles Morales, but there are many close behind it.

“I try to come up with add-ins to existing, low-cost costumes. I draw inspiration from other cosplays mostly. I’ll see an idea and then make it my own.

“I also make sure to keep the cosplays kid-friendly. For example, the Venom puppet is completely detachable and secured by magnets.

“We make the costumes with a lot of hot glue and puffy paint! The puppet head is constructed out of cardboard and wooden support beams. The arm itself is a sleeve from a sweater.”

Spideymom told Zenger News: “I cosplay with my son to get in his world and build lasting memories.

“He loves to run panels with me on how parents can connect with their young kids by playing video games or getting involved with the things their kids love.”

And she revealed that her son’s real superpower is his care for other people.

“I always support him in collecting toothbrushes or jackets for people who need them.

“He raises money for various organizations that reach further than we can. And he is the first to volunteer to shiver a neighbor’s driveway when it snows or give his lunch or snack to a kid who doesn’t have theirs.”

She added: “His heart is huge and I’m here for it all! I’ll support him however he chooses to help those around him.”