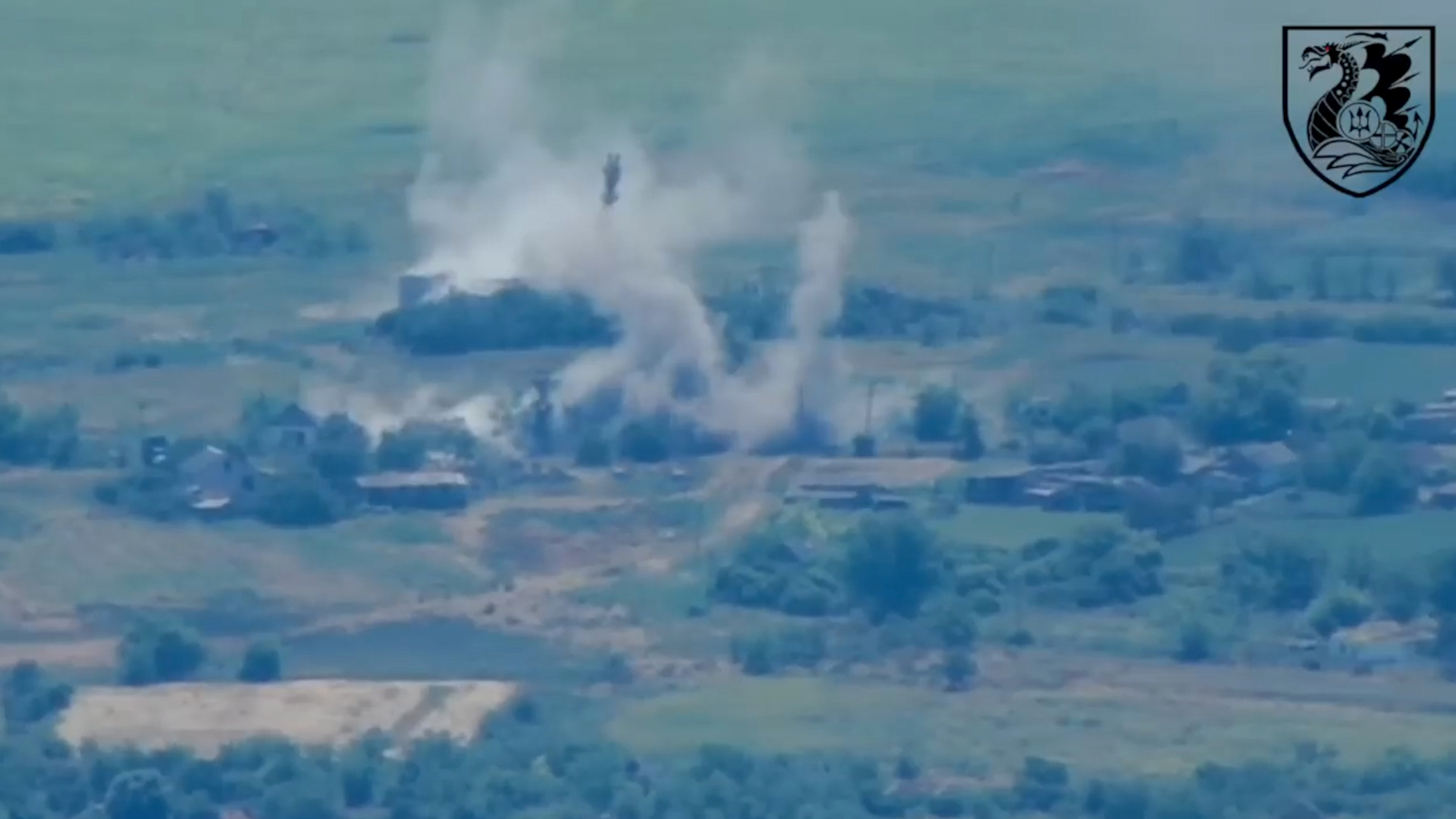 The artillery of the Armed Forces of Ukraine destroyed Russian military positions in the Kherson region of Ukraine. (36th OBRMP/Zenger).

These images purport to show Ukrainian troops taking out Russian soldiers in the Kherson region of southern Ukraine.

It is unclear where exactly in the Kherson Oblast region of southern Ukraine the images were filmed but they were obtained from the 36th Separate Marine Brigade, which is part of the Ukrainian Navy, on the evening of Monday, June 20, and they said: “The Nikolaev Marines are actively preparing to take part in the ‘Kherson referendum’!”

Iryna Vereshchuk, Ukraine’s Deputy Prime Minister and Minister for Reintegration of the Temporarily Occupied Territories, has urged locals in the Kherson region to evacuate the area so as to help Ukrainian forces “de-occupy” the area.

She said: “Please go because our army will definitely de-occupy these lands. Our will to do so is unwavering. And it will be very, very difficult to open a humanitarian corridor when there are children there. It was difficult in Mariupol, and in the Kherson region it will be even harder.

“Because the enemy learns, becomes even more cynical, and uses human shields, especially children. We will know that there are children there, and we will be powerless, and we really don’t want that. Believe me, de-occupation will be very fast. There will definitely be a counteroffensive.”

They signed off by saying: “Glory to the Marines!”

They were one of the two primary units – along with the Azov Battalion – that defended Mariupol until the city was taken by pro-Russian forces in May.

Russia conducted an anti-ship missile exercise in the Baltic Sea amid escalating tensions with NATO member Lithuania after the latter country blocked the transit of goods to the Russian exclave of Kaliningrad.

Muratov has been a vocal advocate for the freedom of the press and argued that it needs to remain independent from state influence.