Time Marches On: Watches Get Snazzier And Prices Fall

The digital revolution on your wrist is thanks to high-tech and cheaper materials. 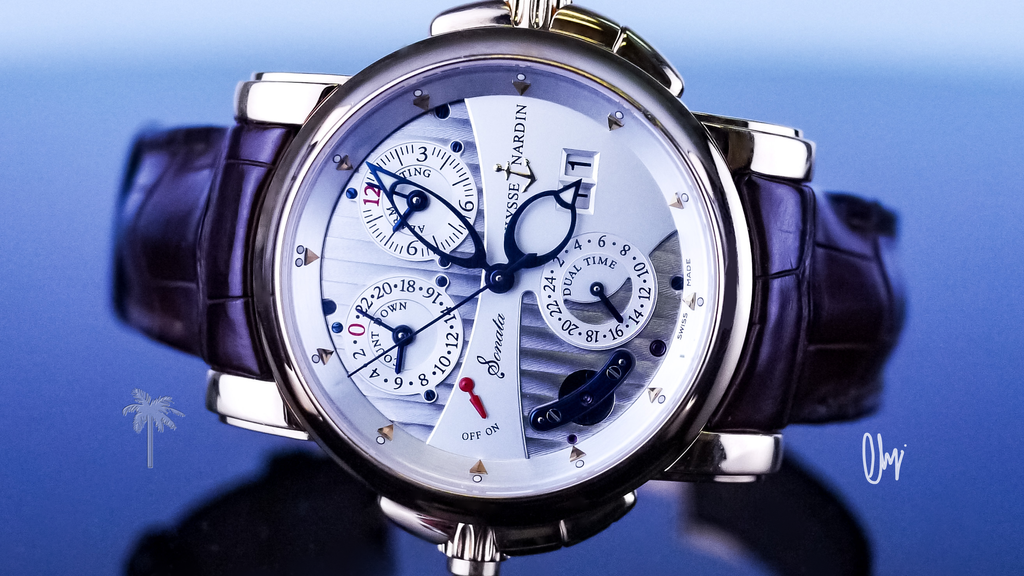 The wristwatch industry is being radically changed, thanks to new technology and improved functionality.

These advances produce wider variety and lower prices for quality timepieces. For those who want to connect to the internet, which making a fashion statement, the choices are endless.

Wristwatches have evolved, due to micro-manufacturing, miniaturized electronic parts and cheaper materials. Still, handmade, high-fashion watches continue their centuries-old tradition, dating back to 1510, when Peter Heinlein invented the first watch in Nuremberg, Germany.

Watches exist on a wide spectrum — from utilitarian to works of art.

Watch sales today amount to $73 billion in 2022, with the watch market expected to expand annually by 5 percent, according to Statista. China is the leading generator of watch revenue, primarily through manufacturing quartz pieces that rely on integrated circuits and a crystal oscillator.

Quartz smartwatches are contributing to the fundamental shift in consumer tastes and sales. This category will see 76 percent of all watch sales in 2022 coming from the non-luxury goods category, as opposed to the high-fashion, mechanical watch segment, Statista said.

While the watch market has split between modern functionality and luxury, high-fashion timepieces continue to characterize the industry. In terms of global popularity, the luxury watch market hit an estimated $7.18 billion in sales in 2019 and is projected to be $9.28 billion by 2025.

What’s behind this demand?

The use of rare gem and precious metal products and the desire by women in nations with expanding economies to upgrade their fashion accessories. Due to rising incomes, wealthier consumers in China, India and Brazil are buying more luxury timepieces. This leads to more limited production of high-fashion styles and new lines introduced by Tiffany, Patek Philippe, Bulgari, Serpenti, Incantati, A. Lange & Sohne and Saxonia Thin.

For non-horologists or watch aficionados, a tourbillon is a mechanism that constantly rotates the balance wheel, balance spring and escapement while the watch is running. This is done to counter the effect of Earth’s gravity on the periodic time measuring properties of the balance wheel and spring. The tourbillon was invented by Breguet in 1795 and patented in 1801.

Watches aren’t just hand-crafted by Swiss craftsmen, although they continue to dominate the production of high-end brand mechanical pieces in the luxury market segment.

Instead, consumer tastes now favor non-luxury, functional watches that link the device to the Internet. The popularity of cheap, mass-produced watches is not new. It started during the Civil War, when the Waltham watch company began making cheap watches for the Union army.

The Dominance of Digital Watches

“In the last decade, material sciences and production using silicon have become a big focus within high-end watches,” Dave McConnon, of the Watch Technology Institute at North Seattle College told Zenger. “While costly in terms of R&D and initial investment, the product in the long term is much more reliable, while also being less expensive, due to fewer components and steps.”

Many quartz watchmakers are focusing on the oscillator and escapement mechanisms and are “compressing designs that take a series of roughly 13 components that are all machined and replacing them with one component that is printed or ‘grown,’” McConnon said.

He also expects cost of a quartz watch, the top-selling style, will continue to fall.

Falling costs, combined with more advanced features driven by Bluetooth, such as heart-rate monitors and sport-tracking, have also made smartwatches more attractive and popular. It has also made Apple the leader in this category.

The Apple Watch adds about $12 billion to $14 billion annually to Apple’s revenues, according to the Business of Apps. The site said that since the Apple Watch was introduced in 2015, it has dominated the smartwatch market by claiming a market share above 50 percent. This product showed double-digit growth from 2017 to 2020. Apple watches increased 40 percent in sales between 2019 and 2020, according to Strategy Analytics.

There are a few reasons for the proliferation of new brands and designs in watch offerings. The main one is that more companies are offering quartz movements made in China, Switzerland and Thailand, as well as other vital components that can be obtained and assembled elsewhere.

Buying key components and re-assembling them has led to a proliferation of new styles, unisex watches and the expansion of looks, ranging from chic to ultra-thin to timepieces known as “kinetic art.”

One noteworthy company introducing new styles is MB&F, based in Geneva, Switzerland, which began working with H. Moser & Cie in 2020 to create cutting-edge new products.

MB&F created a buzz by producing timepieces it calls “machines” or “kinetic sculptures” rather than producing watches and selling them as art objects. To display the MB&F collection, the company avoided traditional watch stores and exhibited them in Machine Art Design galleries in Geneva, Dubai, Hong Kong and Taipei.

Established luxury brands are also making mechanical advances, especially in the competitive category of extremely thin watches. At the Swiss luxury manufacturer, Chopard, the 162-year-old company introduced its automatic self-winding flying tourbillon in 2019. This limited-series watch collection is only 3.30 mm (0.12 inches) thick and in Chopard’s description, “is equipped with Chopard Twin Technology, based on two stacked barrels and a 22-carat micro-rotor,” which “guarantees 65 hours of power reserve.”

As thin-watch technology becomes more advanced, Piaget launched its Polo Skeleton in 2021, which is 2.44 mm (0.09 inches) thick, while Bulgari is also a leader in this ultra-thin category.

Driving the launch of new watch micro-brands is the broader availability of high-quality movements, pre-assembled engines comprised of the gears, wheels and pinions that drive the piece.

The new line from Bennisson is scheduled to launch in the fourth quarter of 2022 and will consist of 33 limited, first-edition watches. What will distinguish the watches, Gonder said, is the copper face artwork on each watch dial that tells a story. Mechanically, each watch uses a tourbillion movement. However, while some high-fashion watches using a tourbillion sell for $100,000 and up, the new Bennisson brand will sell for $3,500-$4,000.

“This is a fascinating time in the industry because China is putting together movements that have excellent quality, great decoration and articulations,” Gonder, a former investment banker and watch collector, told Zenger. “It is possible to buy them, case them up and create an image for your brand.”

Since imitation is the highest form of flattery, luxury items are a prime target for counterfeiters. That’s especially true for the mechanical luxury-watch segment with classic, clean designs that are instantly recognizable.

In May 2022, the U.S. Customs and Border Patrol (CBP) in Indianapolis alone seized 460 counterfeit Rolex watches, which, if they were authentic, would have been worth $10 million if sold at the manufacturer’s suggested retail price. In April 2022, CBP officers in Indianapolis confiscated three shipments of counterfeit watches worth $20 million if sold at retail prices.

In 2021, wearing apparel and accessories was at the top of the list in seized property and represented 30 percent of all IPR seizures. However, the CBP said that in terms of value, watches and jewelry were the top products seized and carried a value of over $1.18 billion, representing 36 percent of the total.

Handbags and wallets came in second with seizure lines estimated to be valued at over $972 million, corresponding to 29 percent of the total value of goods seized due to intellectual property rights violations, according to the CBP.