“Our results are a window of opportunity for new research strategies of demyelinating diseases such as MS.” 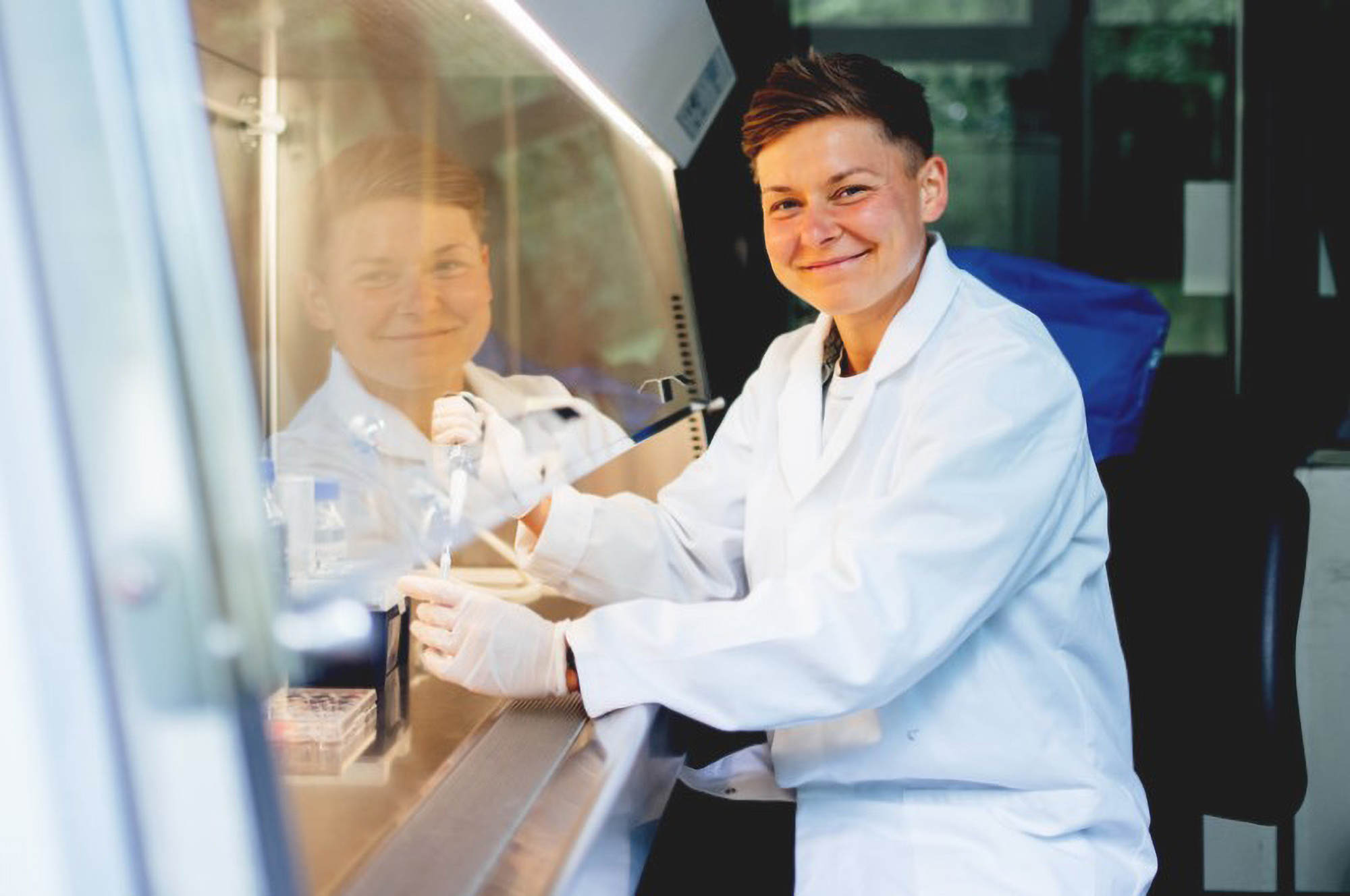 In her doctorate, Juliane Bauch dealt intensively with the cause of the destruction of the myelin sheaths in multiple sclerosis. (RUB, Kramer/Zenger).

Scientists in Germany are cautiously optimistic about new multiple sclerosis therapy possibilities after decoding the functions of two crucial proteins.

Multiple sclerosis (MS) is a disease in which the insulating covers of nerve cells in the brain and spinal cord are damaged.

There is no known cure, and treatments attempt to improve function after an attack and prevent new attacks.

Now researchers at Ruhr University in Bochum in the western state of North Rhine-Westphalia, Germany, have announced a breakthrough in the investigation of the proteins Tenascin C and Tenascin R.

MS is the most common demyelinating disease. This term describes illnesses of the nervous system in which the myelin sheath of neurons is damaged.

This damage impairs the conduction of signals in the affected nerves. The reduction in conduction can cause deficiency in sensation, movement and cognition.

The myelination process requires the migration, proliferation, and differentiation of so-called oligodendrocyte precursor cells (OPCs). It is influenced by proteins of the extracellular matrix, which consists of a network of glycoproteins and proteoglycans.

Dr. Juliane Bauch and Professor Andreas Faissner found out that Tenascin C reduces the amount of created myelin membrane. It also has an inhibitory effect on the differentiation of OPCs.

The structurally similar Tenascin R exerts an inhibitory influence on the formation of myelin membranes in vitro. It also has a supportive role for protein CD68 which causes inflammatory processes.

Bauch said: “Our results are a window of opportunity for new research strategies of demyelinating diseases such as MS.

“The extracellular matrix has an enormous influence on the recreation of myelin membranes. It could become an important research target in the future.”

The cause of the destruction of myelin membrane has not yet been determined by international research.

Bauch explained: “The human organism possesses several mechanisms to compensate some of the damage caused to cells.”

The Ruhr University scientists treated mice with a drug that destructs the myelin membrane.

They compared the regeneration process of these mice at the end of the treatment with the progress of genetically manipulated peers who lacked the decisive proteins.

The research revealed that mice who did not possess Tenascin C and Tenascin R were able to restore their myelin membrane quicker.

The university was the first new public research institution after World War Two in Germany when it was established in 1962.

MS was first described in 1868 by French neurologist Jean-Martin Charcot.

An estimated 2.3 million people around the world were affected by MS in 2015.

Around 18,900 individuals died from MS in that year, according to the Global Burden of Disease 2015 Study. This is a significant increase compared to the year 1990 when around 12,000 people diagnosed with MS died from the illness.

The cause of MS is still unclear. The underlying mechanism is thought to be either destruction by the immune system or failure of the myelin-producing cells.

Proposed causes for this include genetics and environmental factors such as viral infections.

Life expectancy is five to 10 years lower than that of the unaffected population.