No Misteak: Half Of Meat-Eating Brits Are ‘Pleasantly Surprised’ By The Taste Of Plant-Based Food 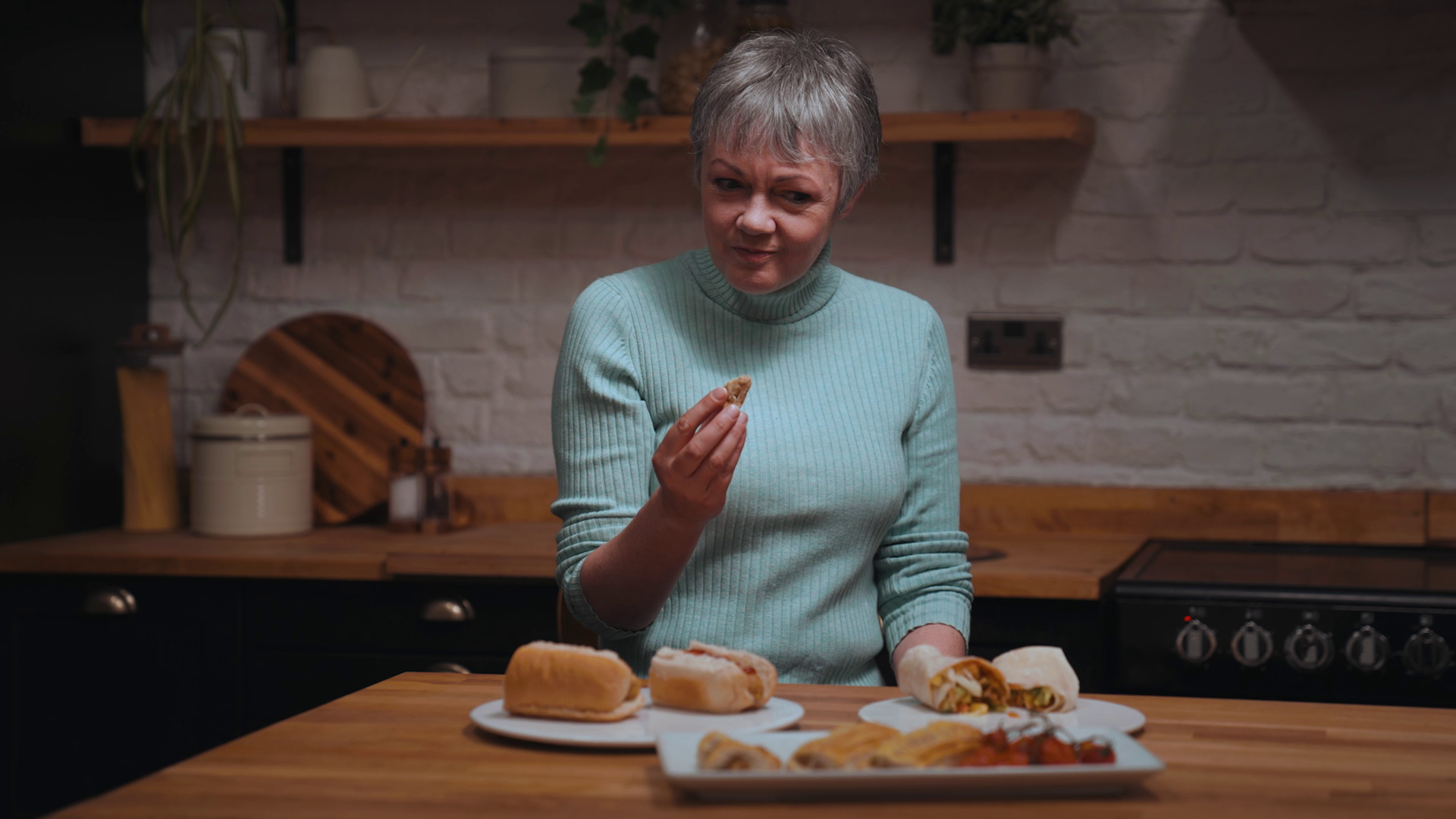 Almost half of meat-eating Brits admit to being ‘pleasantly surprised’ by the taste of plant-based food. (Jon Mills/Zenger)

Almost half of meat-eating Brits admit to being ‘pleasantly surprised’ by the taste of plant-based food.

Research of 2,000 adults who eat meat found 46 percent have previously turned their nose up at ‘different’ foods, only to be surprised by the flavor when they actually try them.

Nearly half (48 percent) confessed they wouldn’t generally consider a meal to be ‘complete’ unless it contained meat, while 38 percent were doubtful about eating plant-based alternatives altogether.

However, of those who were pleasantly surprised by meat substitutes, meat-free sausages, plant-based faux ground meat and beef-style burgers were considered the tastiest.

Researchers at The No Meat Company, which also commissioned the study, put three devout meat-eaters to the test to see if they enjoyed the taste of plant-based alternatives when trying them for the first time.

Neville Tam, from the brand, said: “There are sometimes preconceptions around plant-based foods, but our study shows that even the biggest meat fans can be pleasantly surprised by the taste and texture of meat alternatives.

“With so many great options now available on the market, it’s easier than ever before to include plant-based alternatives in your everyday food shop.

“Meat-free meal choices can be kinder to the planet, and in many cases better for you too.”

The study also found 36 percent of meat-eaters automatically assume they won’t like a meal unless it contains either meat, fish or dairy products.

And seven in 10 are ‘convinced’ they could tell the difference between a plant-based or vegetarian sausage, and a meat one.

Of those who aren’t persuaded by the alternatives on the market, 36 percent say savory is the hardest to get right.

While 38 percent think all foods are difficult to replicate regardless of whether they are sweet or otherwise.

However, despite the skepticism, 63 percent of those polled, via OnePoll, recognize that eating plant-based foods is important for helping the environment.

When it comes to eating less meat, the top motivator was it being a healthier choice (31 percent), followed by the environmental impact (28 percent) and animal welfare (22 percent).

A savvy 22 percent thought plant-based eating would be more cost-effective while 21 percent believe the taste was just as good as meat.

And three in 10 already consider themselves to be flexitarian – reducing their intake of animal products, but not ruling them out entirely.

A further 19 percent are thinking about this route for the future, and the average respondent already has a meat-free meal twice a week.

Of these, the most popular plant-based evening meals include salads (31 percent), stir fry dishes (26 percent), and soups (25 percent).

While 24 percent will opt for a pizza with vegan or veggie toppings, and 19 percent will make a vegetarian chile con carne.

Although 33 percent of those polled admit they don’t yet eat more plant-based or vegetarian food due to liking meat too much.

Three in 10 enjoy dairy and 24 percent still have reservations about the texture and flavor of meat substitutes.

Neville Tam added: “The research highlights there is still a way to go in changing people’s perception of meat-free food, but when people do make simple swaps to their everyday meals, they are often pleasantly surprised.

“Switching out meat for plant-based even once or twice a week can make a huge difference, with small steps towards a lifestyle that is better for the planet and for your health.”

«Previous Post
Horsing Around: A Beer-Drinking Pony Who Lives In A Pub Has Been Backed To Become A Mayor»Next Post
Home Sweet Home: Nearly Half Of Americans Prefer To Have Fun Indoors This Summer