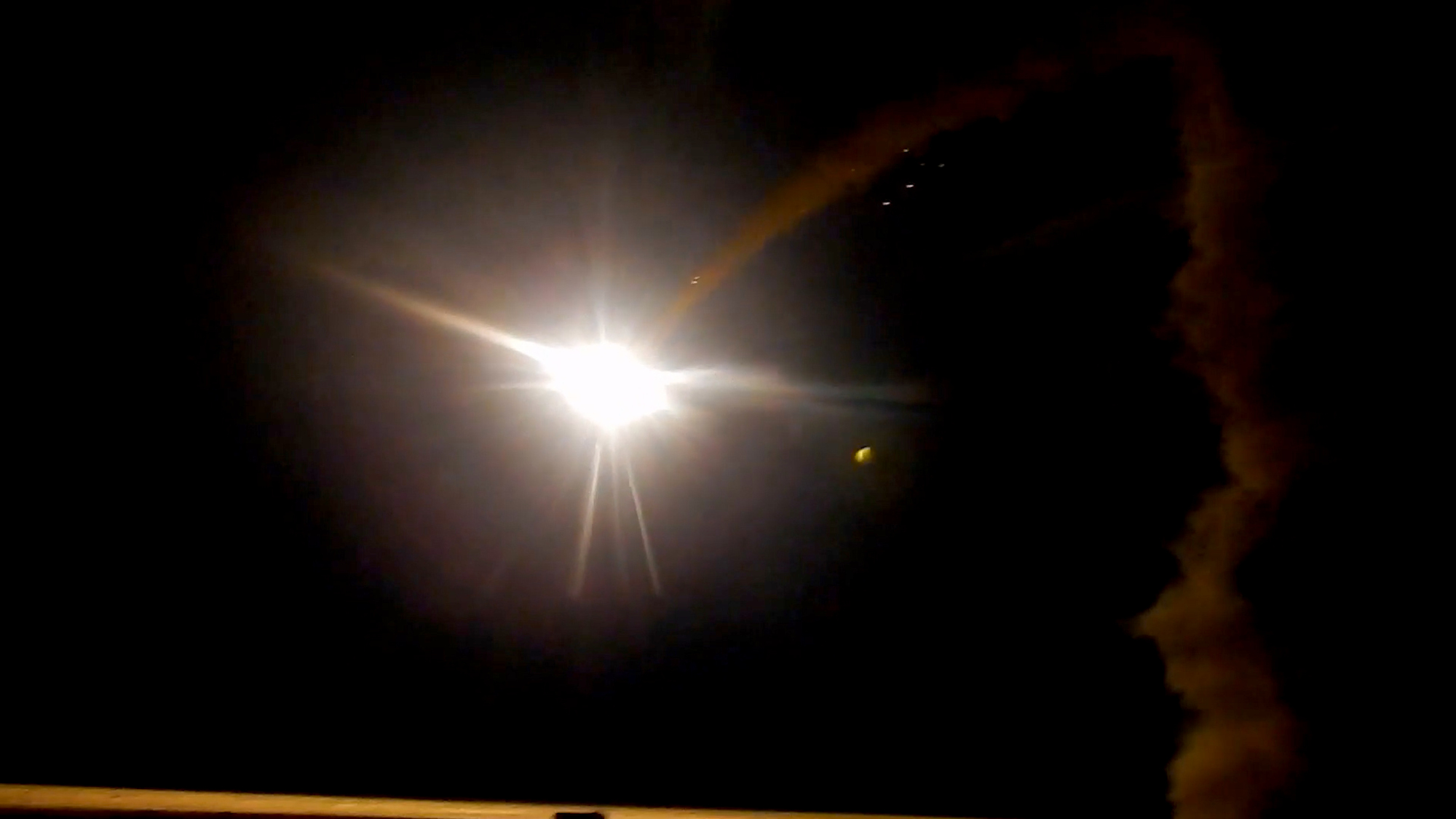 The crew of the coastal missile system Bastion from the Black Sea coast launched a high-precision missile Onyx at the military infrastructure of Ukraine. (Ministry of Defense of Russia/Zenger).

These images purport to show a Russian missile being launched at night from the Black Sea at an airfield in Ukraine.

The images were obtained from the Russian Ministry of Defense (MoD), which said in a statement on Monday, June 20, that the images show how “the crew of the ‘Bastion’ coastal missile system from the Black Sea coast launched a high-precision ‘Oniks’ missile at the military infrastructure of Ukraine.”

Oniks missiles are supersonic anti-ship cruise ordnance that the Russian MoD has said that it has used in Ukraine before. The MoD said in May that high-precision Oniks missiles were used to destroy military infrastructure near the city of Odesa.

The attack has resulted in the destruction of a control station for Bayraktar-TB2 unmanned aerial vehicles (UAV) and two UAVs on the ground.”

The Russian MoD also claimed that “12 artillery platoons of the Armed Forces of Ukraine (AFU) have been neutralized at their firing positions near Dzerzhinsk, Novgorodskoye, Nikolayevka, Leninskoye, and Zaytsevo.”

Among other targets, it claimed to have taken out, the Russian MoD also said that “Russian air defense systems have shot down a MiG-29 of the Ukrainian Air Force near Apostolovo (Dnepropetrovsk region)”; adding that nine drones had also been shot down

They claimed that “in total, 208 airplanes and 132 helicopters, 1,260 unmanned aerial vehicles, 345 anti-aircraft missile systems, 3,696 tanks and other armored combat vehicles, 576 combat vehicles equipped with multiple rocket-launching systems, 2,055 field artillery cannons and mortars, as well as 3,731 units of special military equipment have been destroyed during the special military operation.”

Washington told China last week that it risked ending up on the “wrong side of history,” following Chinese President Xi Jinping’s assurance to Russian President Vladimir Putin that Beijing supports Russian “sovereignty.” Russia has now become China’s top oil supplier amid ongoing sanctions on Russia over the war in Ukraine.

President Joe Biden has promised Kyiv another billion dollars in security assistance and weapons. And US General Mark Milley says Russia has lost around 20 to 30 percent of its armored force during the ongoing invasion.