"The City Police rescued 55 dogs from an illegal farm in the Caballito neighborhood, where they were mistreated and sold.”
By Lee Bullen June 22, 2022
Facebook
Twitter
Linkedin
Email 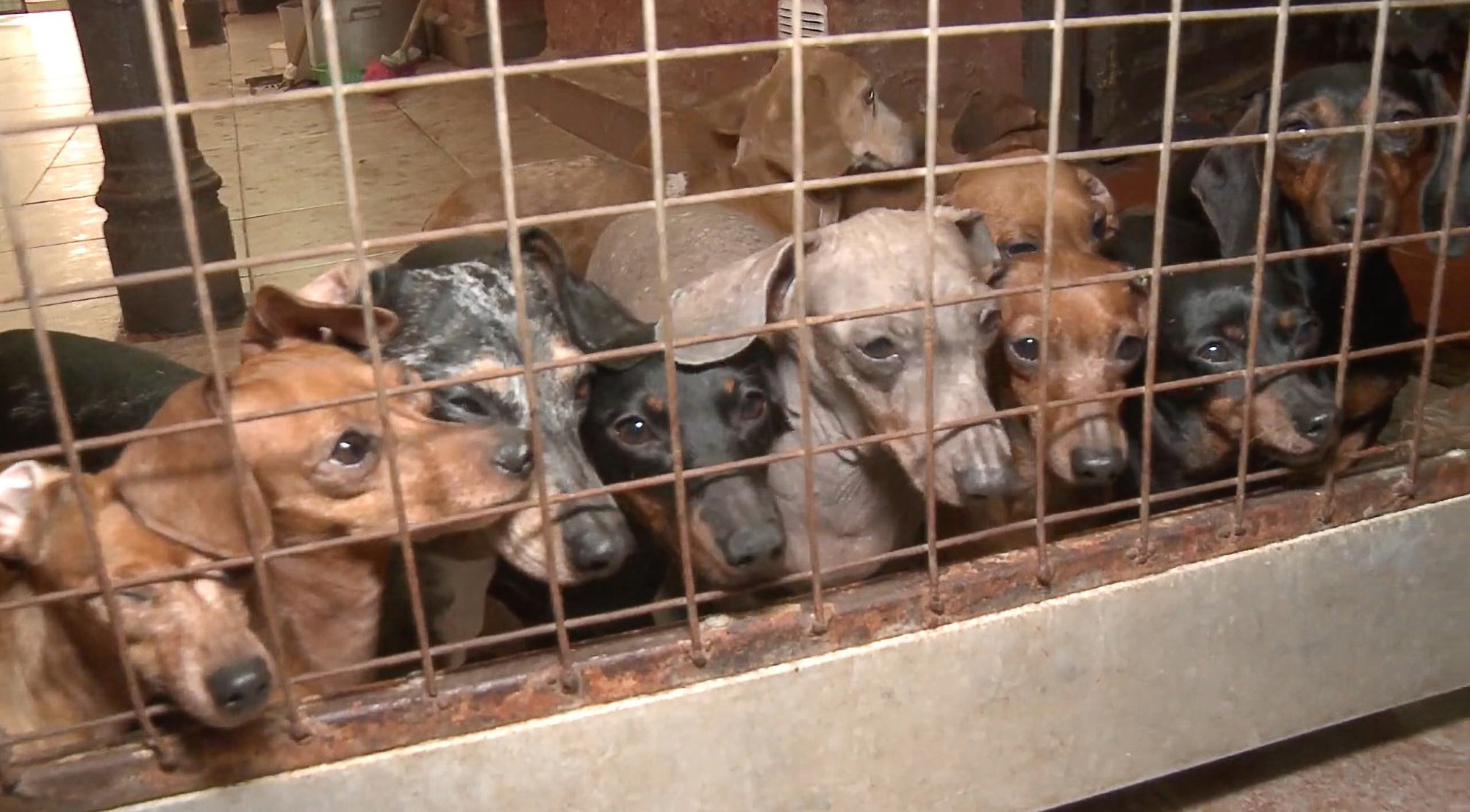 Some of the 55 dogs that were mistreated and offered for sale in an illegal kennel in Buenos Aires, Argentina, rescued in June, 2022. (Policia de la Ciudad/Zenger)

Cops have rescued dozens of mistreated Dachshunds kept crowded together at an illegal puppy farm.

The footage shows the authorities entering the house and coming across dozens of Dachshunds in the courtyard and various rooms in the house.

At the end of the video, officials are seen leaving the building while holding tiny puppies before loading them into vans.

The animals were rescued from a house in the neighborhood of Caballito in the Argentine capital Buenos Aires where they were being offered for sale.

Along with the Judicial Investigation Corps (CIJ), the police’s Environmental Crimes Division carried out a raid at the house on Campichuelo Street and found 55 Dachshunds living in poor conditions.

The police said in a statement: “The City Police rescued 55 dogs from an illegal farm in the Caballito neighborhood, where they were mistreated and offered for sale.

“Personnel from the Environmental Crimes Division of the City Police led a raid together with the Judicial Investigation Corps (CIJ) in a house located at 500 Campichuelo Street to verify the breeding and sale of dogs of the breed known as “Salchicha,” which is Spanish for sausage.

“The procedure was arranged by the Specialized Fiscal Unit in Environmental Matters (UFEMA), in charge of Dr. Carlos Rolero Santurián and before the Secretariat of Dr. Ricardo Bomparola, after a complaint from a neighbor, who stated that animals were mistreated in that place. .

“The officers entered the house and seized 55 dogs, many of which were a few days old and showed clear signs of abuse.

“The dogs were transferred to the NGOs Callejeros Casa Quiero and Pichichos al Rescate, which were in charge of caring for and feeding them until they could be given up for adoption.”

The police also said: “In addition, the owner of the house, 72 years old, was charged for violating Law 14,346 (Animal Abuse), remaining at the disposal of Justice.

The police added: “The house was preventively closed by order of the General Directorate of Environmental Control (DGCONTA), which cooperated in the police raid as well as the Canes Division of the City Police.”

The raid was ordered by the Specialized Environmental Prosecutor Unit (UFEMA) after a neighbor filed a complaint, alleging that the animals were living in filthy conditions and were being mistreated. After carrying out the procedure, the police said many of the dogs were just a few days old and showed clear signs of mistreatment.

The dogs were transferred to the NGOs Callejero Casa Quiere and Pichichos al Rescate who are taking care of them until they can be put up for adoption. The house owner, aged 72, was charged with animal abuse and has been placed at the disposal of the judicial authorities.

Meanwhile, the house has been temporarily seized by the Direccion General de Control Ambiental (DGCONTA) who cooperated with the police.