Horsing Around: A Beer-Drinking Pony Who Lives In A Pub Has Been Backed To Become A Mayor

“Patrick's become such a central part of the community in Cockington that I think they're just quite keen to keep him around.”
By Simona Kitanovska June 22, 2022
Facebook
Twitter
Linkedin
Email 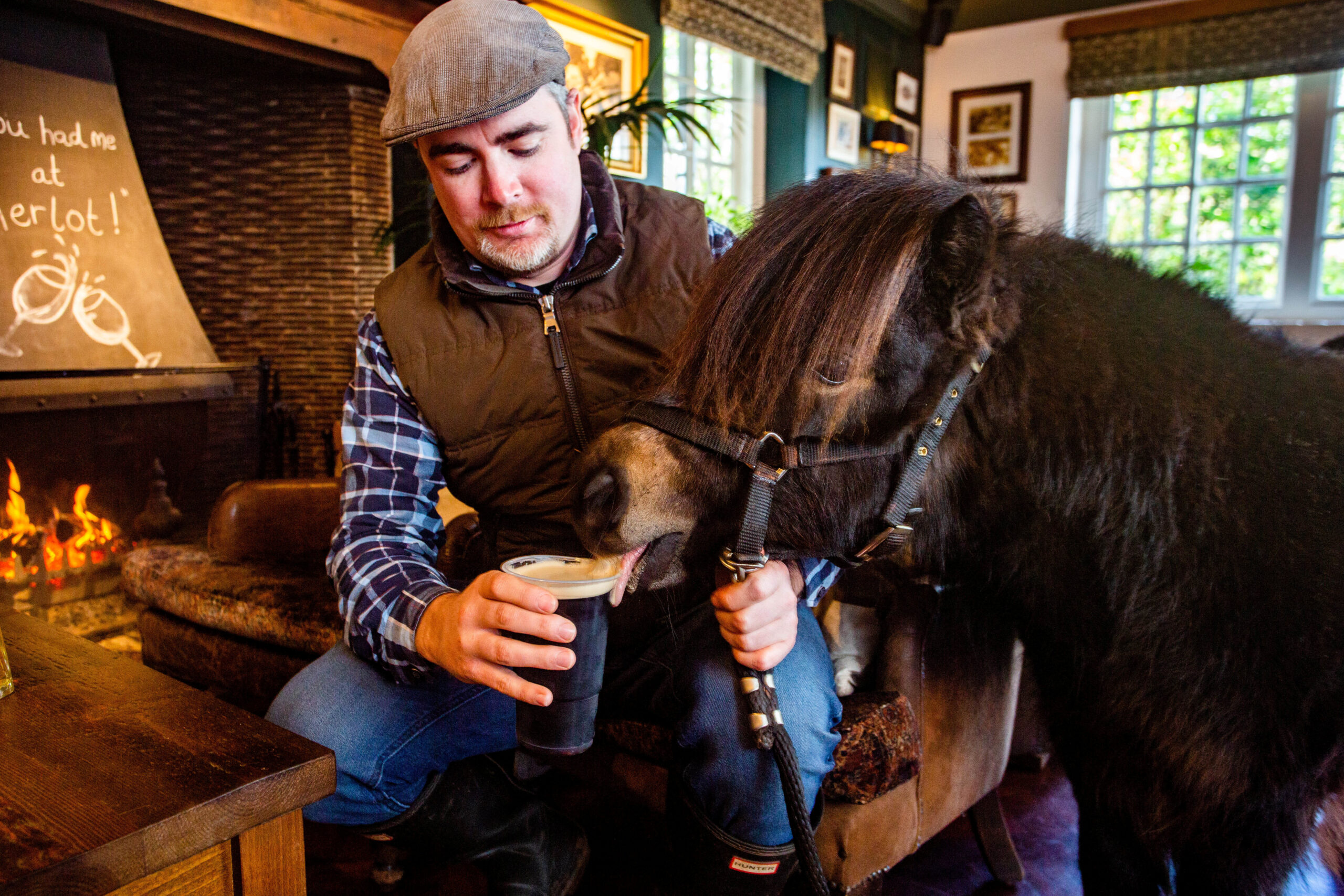 A beer-drinking pony who enjoys a pint and lives in a pub has been backed - to become a mayor. (James Dadzitis/Zenger)

A beer-drinking pony who enjoys a pint and lives in a pub has been backed – to become a MAYOR.

Patrick , who is a miniature Shetland pony, has earned celebrity status as a regular at his local pub where he would pop in for a daily tipple of his favorite Irish stout.

And now 130 people have since signed a petition on change.org calling for Patrick to be appointed mayor of Cockington, which is a village near the popular, seaside tourist destination of Torquay, in the English county of Devon, in the United Kingdom.

It follows the death of unofficial mayor Don Mills in 2019.

Patrick’s fame came after owner Kirk Petrakis often brought him into Cockington Pub, a.k.a. ‘the Drum Inn,’ to try and socialize him for his therapy work during the coronavirus pandemic.

He now spends much of his time visiting hospitals, recovery groups, mental health wards, specialized schools, and even wakes.

Kirk says he always brings comfort to people going through difficult experiences, and argues that his role as a community icon makes him perfectly suited to be Mayor of the village.

Kirk argued: “Patrick’s become such a central part of the community in Cockington that I think they’re just quite keen to keep him around.

“Now he’s officially a therapy horse we like to walk him around regularly and introduce him to people.

“We got in contact with Cllr Andrew Barrand from Cockington who pitched the idea to us of making Patrick Mayor.

“I think it’d be a really nice and quite fitting for him to be Mayor really, there are lots of other animal mayors in other countries – I think there’s a dog Mayor in the U.S.

“The locals have become so accustomed to him being around, and I think after the death of the previous unofficial mayor Don Mills last in 2019 it’d be a nice thing to do.

“We believe Patrick would make a fantastic Mayor of Cockington because of the heritage and history with horses, because everyone would love to see him attend events with his chains.

“He recently attended Armed Forces Day, he has done a lot of good things for the community.

“When it eventually happens we’ll make sure to get him a nice big velvet rug or something to sit on.”

If you want to support Patrick’s petition aiming to become Mayor, you can sign his petition here: https://chng.it/pRcwgBRnKP

«Previous Post
Furry-ious – Pet Owners Have Revealed Their Biggest ‘Pet Peeves’ Around Owning A Furry Friend»Next Post
No Misteak: Half Of Meat-Eating Brits Are ‘Pleasantly Surprised’ By The Taste Of Plant-Based Food