"Like humans, pets have strong personalities, and for many they are a key companion and member of the family."
By Simona Kitanovska June 22, 2022
Facebook
Twitter
Linkedin
Email 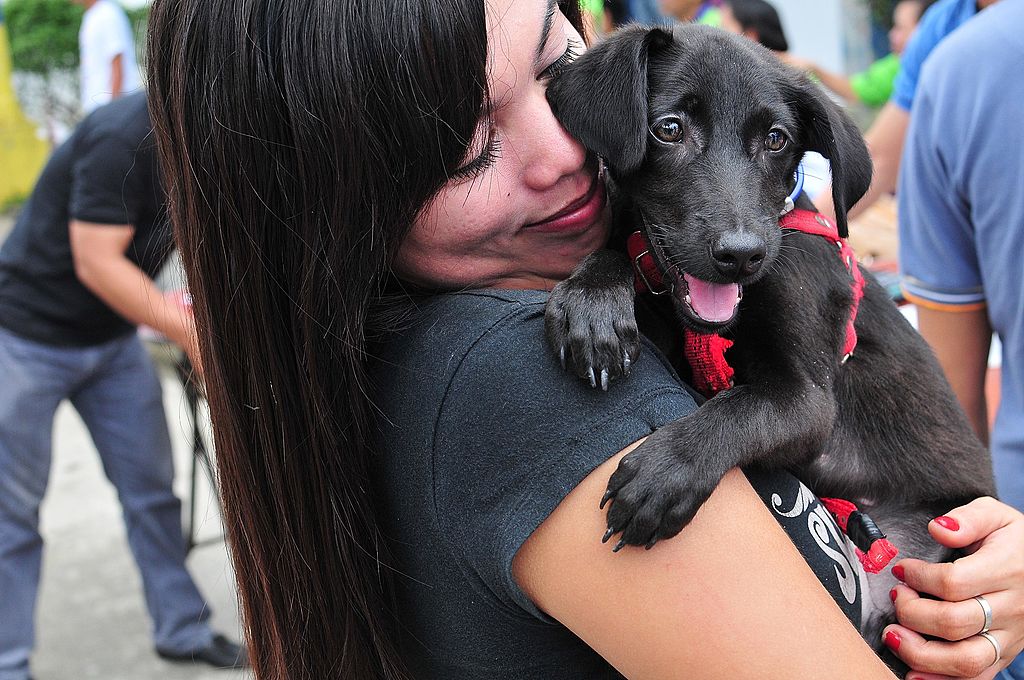 Pet owners carry their dogs during the parade as they participate in a parade on World Rabies Day on September 28, 2013 in Cainta Municiplaity, Philippines. (Photo by Veejay Villafranca/Getty Images for WSPA)

Cat and dog owners’ top 25 pet peeves include the animals stealing food, howling in the night, and walking across the kitchen counter.

A quarter of the 1,000 pet owners polled admitted they find their furry friends frustrating, at least some of the time.

But 82 percent put the antics down to their cheeky character, while seven in 10 find their misbehavior ‘endearing.’

It also emerged 59 percent enjoy telling friends when their pets have been up to no good, including when they walk across their laptop while working and begging for food from the table.

Other quirky habits included the human-like habits of refusing to go out in the rain and making strange noises in their sleep.

Helen Skelton, TV presenter and spokesperson for insurance provider Petplan, which commissioned the research, said: “Like humans, pets have strong personalities, and for many they are a key companion and member of the family, especially if they’ve been by our side for a while, like my dogs Barney and Spiderman.

“Lots of our pet friends have quirky traits, mine are quite different; one is forever disappearing into the garden with a shoe and our lab is no stranger to helping himself to the fruit bowl either, including bringing in a special ‘present’, or pinching sausages from the barbecue.

“Living on a farm surrounded by animals means that funny antics are a common occurrence – my dogs have been keeping me on my toes since day one, but like any other family member, that’s just their personality.”

And a fifth have watched in frustration as their pet totally ignored a brand-new toy – and chewed the rest of the house instead.

Despite this, 74 percent have a good relationship with their pet.

While eight in 10 believe that even when their pets are a cause of frustration, they wouldn’t change them in any way.

Helen Skelton, who is working with Petplan to launch its 2022 Pet Awards, [https://www.petplan.co.uk/pet-information/blog/pet-awards/?utm_source=Pr… added: “Our ‘pet peeves’ are part of the reason why we love of our pets and consider them members of the family – what better way to celebrate our furry friends that entering them in the awards.”

“With categories such as Rescue and Companion of the Year, now is the time to give our furry friends the recognition they deserve and be in with a chance of some amazing pet-friendly prizes.”

1. Being sick on the carpet
2. Waiting by the door to be let out – then deciding against it when you open the door
3. Leaving fur/hair everywhere
4. Waking you up in the middle of the night
5. Begging for food when you cook
6. Making strange sounds in their sleep
7. Refusing to go out in the rain
8. Walking across your laptop when you’re trying to work
9. Knocking something off a shelf
10. Bringing a live animal back into the house
11. Stealing food
12. Howling or meowing in the middle of the night
13. Constantly trying to get into a cupboard or another area they have no need to go into
14. Ignoring the toys you bought and chewing on everything they’re not allowed to instead
15. Stealing food from the countertop when your back is turned
16. Jumping on you when covered in mud
17. Walking muddy footprints across the kitchen counter
18. Chewing a shoe or slipper
19. Lying on your head when you’re sleeping
20. Rolling around in fox poo
21. Licking the butter off your toast when your back is turned
22. Deciding they want a walk late at night
23. Pulling the duvet off you in the morning when they want to be fed
24. Using the human toilet
25. Doing a poo in a shoe or a slipper

«Previous Post
Mercy Dasch: Dozens Of Loveable Sausage Dogs Rescued From Cruel Puppy Farm»Next Post
Horsing Around: A Beer-Drinking Pony Who Lives In A Pub Has Been Backed To Become A Mayor