Celebrating Freedom From Slavery, Ignorance And Injustice Central To Juneteenth 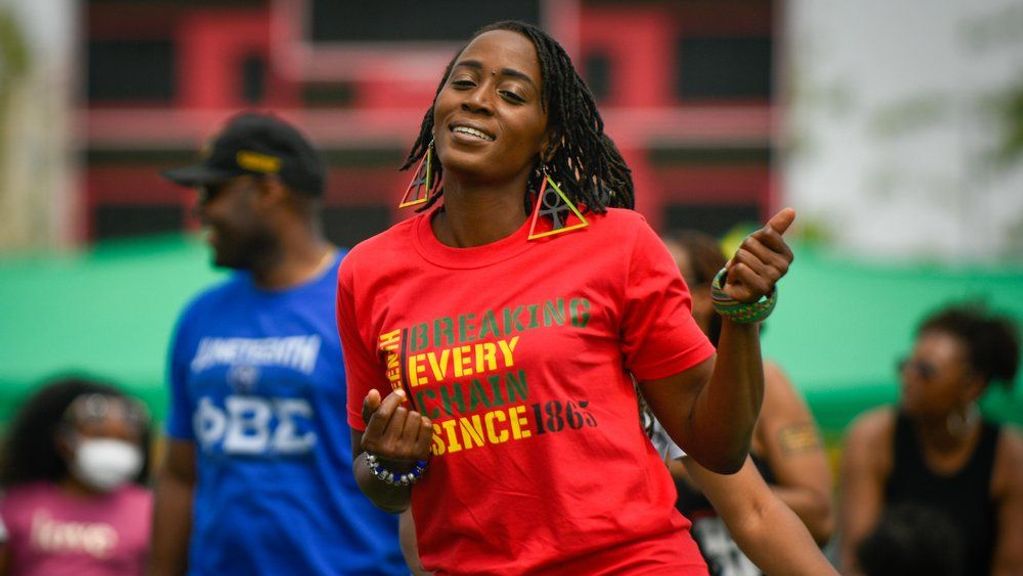 Soul food, dancing and laughter mark many black get-togethers. But this past weekend and today, African Americans around the U.S. and elsewhere gather for something more: Juneteenth.

The historical background of Juneteenth

At the height of the Civil War in 1863, President Abraham Lincoln’s Emancipation Proclamation freed enslaved people in Confederate states. Legions of black Union soldiers marched across cities and onto plantations spreading the news of freedom. Although the Emancipation Proclamation was effective on Jan. 1, 1863, it could not be enforced in places under Confederate control.

Enslaved people in Galveston Bay, Texas, the farthest Confederate state, did not know they were free until two and a half years later: June 19, 1865, when approximately 2,000 Union troops arrived. Juneteenth, short for June nineteenth, marks the day that 250,000 enslaved black people in the Lone Star State were freed.

This celebratory day honoring the end of slavery was officially recognized as a federal holiday on June 17, 2021.

“Juneteenth is a time to celebrate, for those who were not aware, limited emancipation,” said the Rev. Willie F. Wilson, pastor of Union Temple Baptist Church in Washington, D.C. “Other means were quickly developed to maintain slavery in this country, i.e. sharecropping, criminal leasing, black codes.”

Like many African Americans, Wilson was not taught about Juneteenth in the public-education system. He was first introduced to the holiday through his independent study as a journalism student at Ohio University. Wilson spoke fondly of the time he refers to as “the height of the black consciousness movement in America.” That’s when he and his were immersed in researching and learning about black culture and history.

Educating the younger generation on its historical and cultural identity has been a core mission of Wilson’s ministry. Since 1980, Union Baptist Temple has organized a rite of passage trip to Ghana, West Africa, for teenagers between the ages of 11 and 16.

“As they cross over into manhood and womanhood, we take them to the land of their ancestors,” Wilson said. “We visit the slave dungeons at Cape Coast and Goree Island. Then, we take them to on the banks of the Atlantic Ocean, where our ancestors were put on ships and brought to this country. All of it is about educating our people to understand who they really are, and where they came from.”

The black church in the age of Black Lives Matter

In a time when domestic terrorist attacks on black people and police brutality cases fill the news, the church plays a pivotal role in the fight for racial justice. In the 46 years that Wilson has served as a minister, he has been committed to fighting for justice, fairness and equality On occasion, he has even being arrested for it.

“The black church in America has always been the center of activity — not just for worship on Sunday, but education and involved in trying to bring about fairness, justice and equality,” he said. “It’s not anything new. We’ve been the Black Lives Matter movement from the time I’ve been at the church all these many years — and were involved when George Floyd was killed.”

Apart from speaking and marching for racial justice, Wilson and the pastoral team at Union Temple Baptist are active in serving the community through various programs. These include assisting long-term welfare recipients to transition to working, supporting individuals suffering from HIV/AIDS and offering counseling services for court-adjudicated juveniles.

Liberation of the oppressed through Christ

As African Americans celebrate liberation from slavery this weekend, Wilson believes the community must also embrace true freedom in Christ. “A customized version of Christianity was developed through various cataclysms that were put in place from the time of slavery that gave us a warped view of what the coming of Jesus meant to oppressed people,” Wilson said.

As a young minister, Wilson said he was fortunate to learn how to recognize the misrepresentation of Christ’s teaching through his mentors. Howard Thurman, who was also the mentor of civil-rights activist Martin Luther King Jr.; Mordecai Johnson, the first black president of Howard University; and Benjamin Mays, the president of Morehouse College taught Wilson what he described as Jesus’ true, liberating message for the oppressed.

“Many don’t realize the freedom in understanding what Jesus taught to oppressed people,” Wilson said. “In his first inaugural address, in Luke 4:18-19, he made it clear who he had come for. He came to set free those who were captive, those who were blind — and not just physically blind but those who were mentally blind, who had not seen who they really were.”

Wilson explained that once oppressed people, like the black population in America, understand that Christ came to liberate the captives, this revelation allows them to experience “freedom that nothing and nobody can destroy or block.”

Deborah Laker is an editorial fellow for ReligionUnplugged.com. She graduated with degrees in journalism and political science from Oral Roberts University.