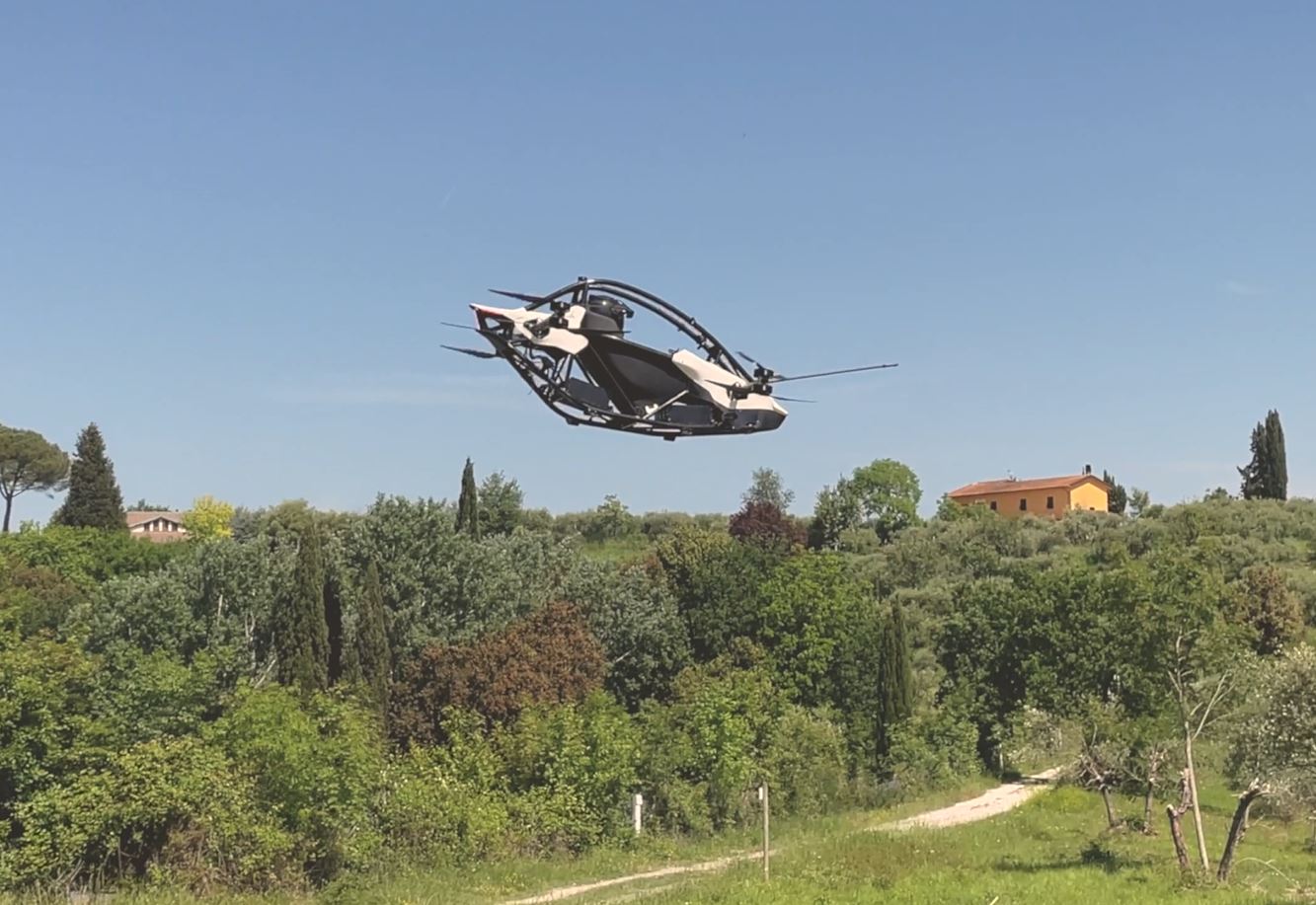 A company owner has completed the ‘first ever’ commute in a $83.6k space-age flying car. (Dean Murray/Zenger)

The owner of a flying car company has completed the ‘first ever’ commute in one of its $83,600 space-age vehicles.

Tomasz Patan, the co-founder of the Swedish firm Jetson, piloted the Jetson ONE vehicle from his Italian home to a company building in Tuscany. The firm says the journey time was reduced by 88 percent.

Jetson say the trip to the Santa Maria a Monte facility is a “momentous occasion for the electric vertical take-off and landing (eVTOL) sector.”

The aircraft is powered by eight electric motors, has a flight time of 20 minutes, and can reach a top speed of 102 kilometers per hour (63 miles per hour).

Running on a high discharge lithium-ion battery, the vehicle can carry a pilot’s weight of 100 kilograms (210 lbs).

San Sunner, Jetson’s Head of Communications, explained: “On May 21, after months of rigorous testing, the Jetson team completed the first-ever eVTOL commute.

“The team waited in anticipation for the Jetson ONE arrival at the Santa Maria a Monte facility in Tuscany.”

Patan, who as well as being the co-founder of Jetson, is also its CTO, said: “Our long-term goal is to democratize flight. We firmly believe the ‘eVTOL’ is the future for mass transportation. We are committed to making this a reality.

“The Jetson is built like a Formula One car for the sky and incredibly fun to fly. Most importantly, the Flight Stabilization System we developed makes flight super easy.

“We can make anyone a pilot in less than five minutes.” Said Peter Ternstrom, co-founder and President.

Jetson say their prototype “proof of concept” was finished in the spring of 2018, and have since been working on a “consumer-friendly” version.

The company also said: “The entire 2022 production is sold out, but we are accepting orders for 2023 delivery.

“We intend to make everyone a pilot.”

The founders say they have taken extra care regarding the safety of their consumers. The electric aerial vehicle is fully equipped with a spaceframe safety cell, inspired by race cars designs, and it comes with hands-free hover and emergency functions.

If a passenger needs to quickly exit the Jetson ONE in a case of an emergency, a ballistic parachute that rapidly deploys is also provided with the vehicle.

The Jetson ONE has the ability to fly safely even with the loss of one motor, and it has a redundant flight computer.

It also comes with Lidar sensors-driven terrain tracking and obstacle avoidance, to fully ensure the utmost safe and comfortable of flights.