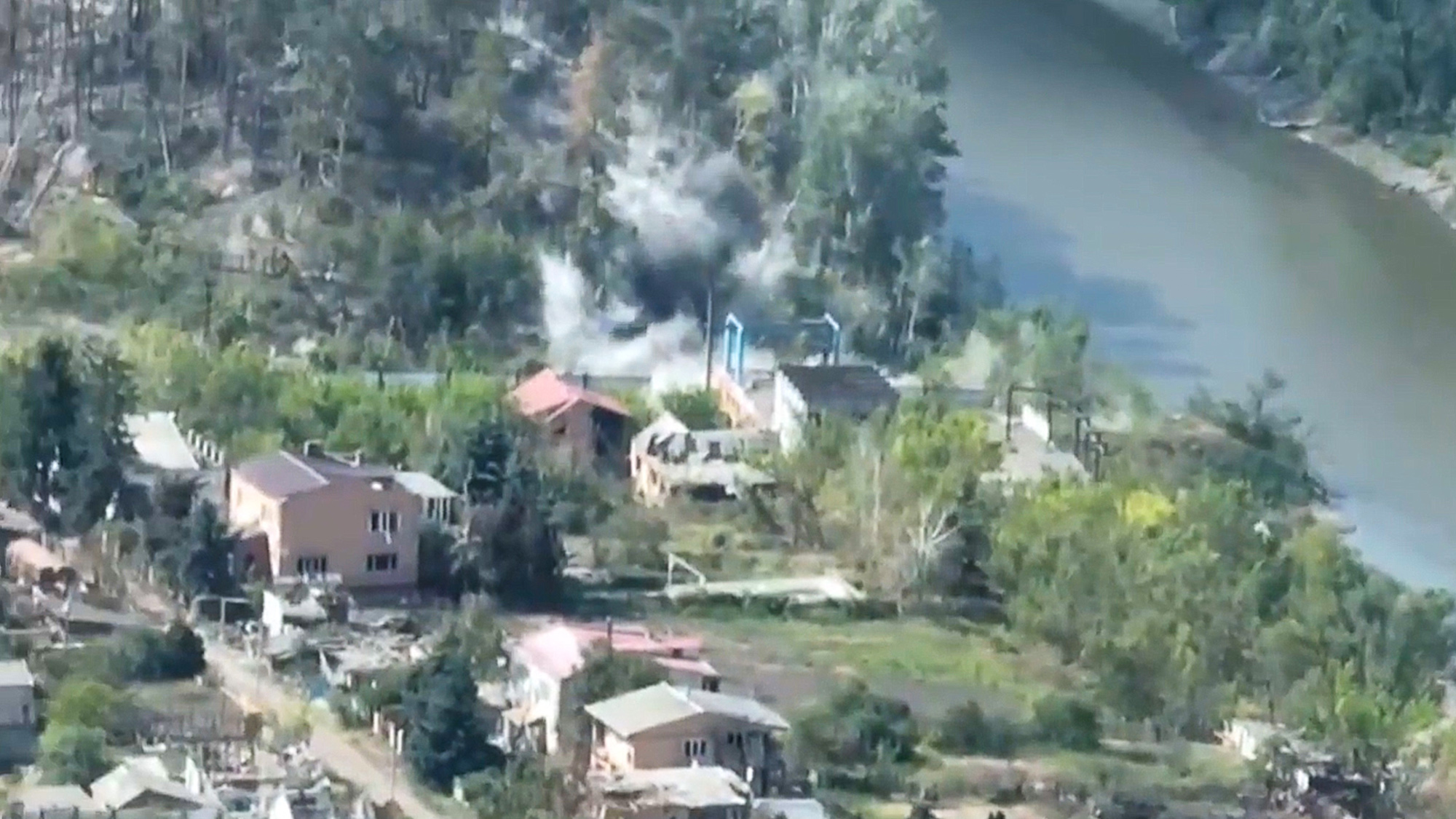 Gunners of the 81st Brigade of the DShV destroyed one tank and two infantry fighting vehicles of the Russian Military in Ukraine. (@dshv.mil.gov.ua/Zenger).

This is the moment Ukrainian troops shell a Russian tank and two infantry fighting vehicles.

The Command of the Assault Troops of the Armed Forces of Ukraine said on June 18: “Gunners of the 81st Brigade of the DShV [Ukrainian Air Assault Forces] destroyed one tank and two infantry fighting vehicles of the Russian invaders.

“The video shows the successful work of artillery soldiers of the 81st Airmobile Brigade of the Armed Forces of Ukraine who, using British M777 155-mm field howitzers, destroyed equipment and manpower of the racists.

“In particular, one tank and two infantry fighting vehicles of the Russian occupiers – along with their crews – were turned into scrap metal.

The new head of the British Army, Gen Sir Patrick Sanders, has told British forces that they need to be ready to face Russia on the battlefield and said the British Army needs to be capable of defeating Russia.

President Joe Biden has promised Kyiv another one billion dollars in security assistance and weapons. And General Mark Milley of the Joint Chiefs of Staff says Russia has lost around 20 to 30 percent of its armored force during the ongoing invasion.