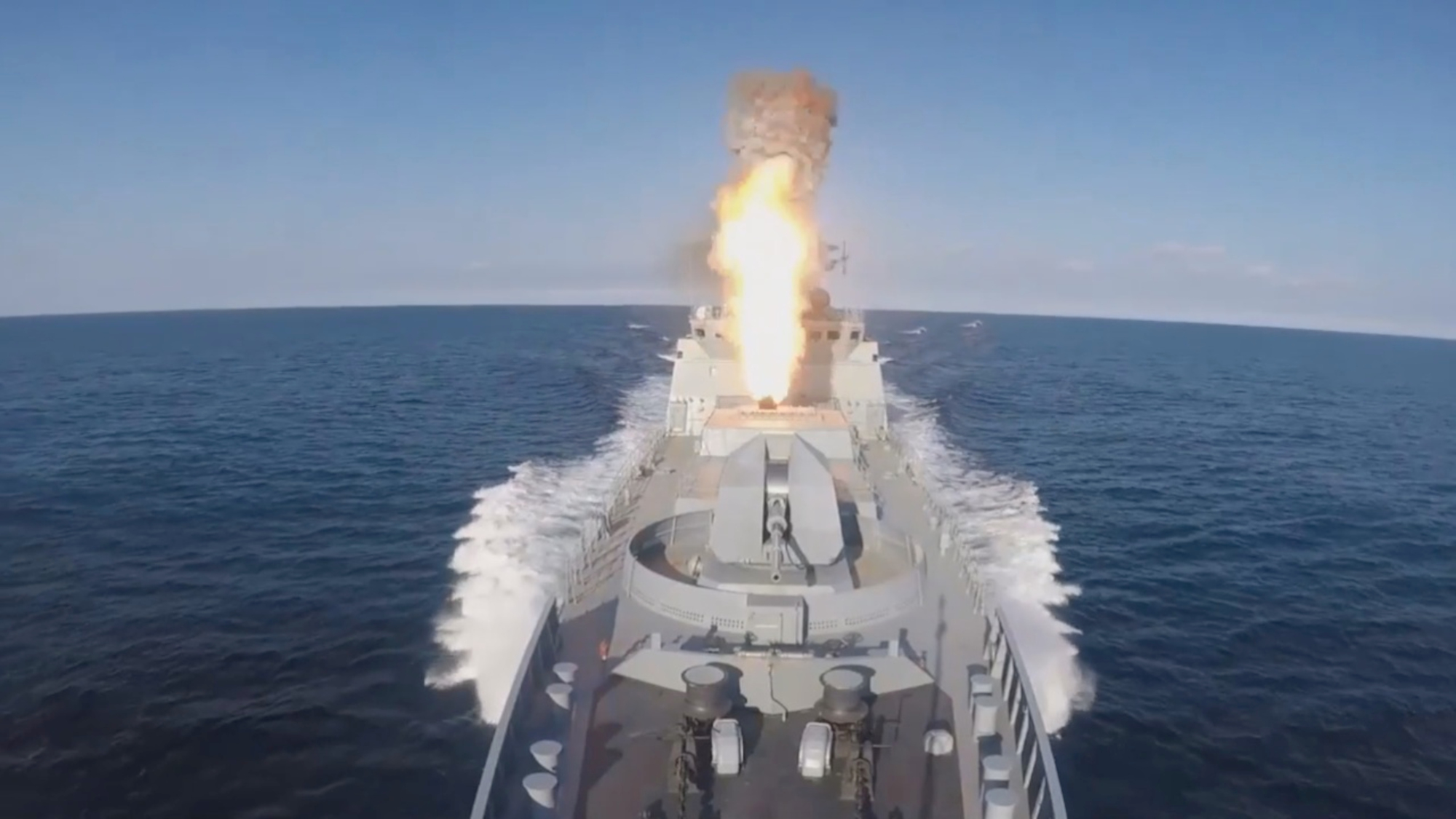 Launch of Kalibr missiles by the frigate of the Black Sea Fleet at the facilities of the Armed Forces of Ukraine. (Ministry of Defense of Russia/Zenger)

This remarkable footage shows a Russian frigate hurtling through the Black Sea while launching a salvo of cruise missiles at Ukrainian military targets.

Zenger News obtained the video from the Russian Ministry of Defense (MoD) on June 19.

“A frigate crew of the Black Sea Fleet has launched a salvo of four Kalibr cruise missiles at the assigned ground targets.”

The Russian MoD did not specify what the ground targets were, where they were, or if they were hit.

The new head of the British Army, General Sir Patrick Sanders, has told UK forces that they need to be ready to face Russia on the battlefield and said the British Army now needs to be capable of defeating Russia.