The foal took its first shaky steps into the limelight as the mare gave it a guided tour of their state-of-the-art enclosure.
By Joseph Golder June 21, 2022
Facebook
Twitter
Linkedin
Email 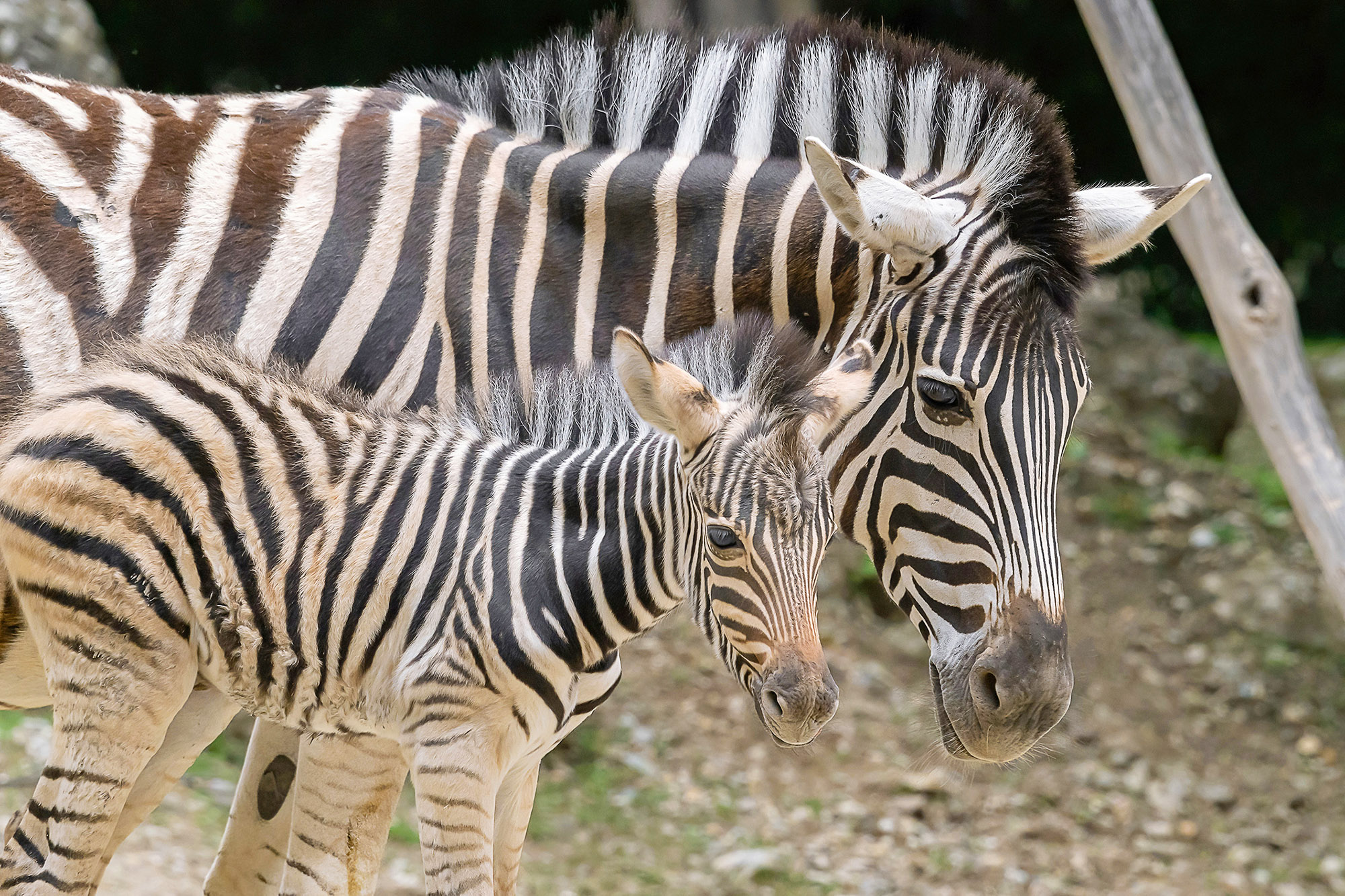 The little zebra foal and its mom at the Tiergarten Schonbrunn Zoo in Austria's capital Vienna. (Daniel Zupanc/Zenger)

These adorable images show a rare zebra foal with its caring mom as it is shown off to wildlife fans at the world’s oldest zoo.

The foal – less than four weeks old – took its first shaky steps into the limelight as the mare gave it a guided tour of their state-of-the-art enclosure.

The self-proclaimed world’s oldest zoo, Tiergarten Schoenbrunn – in the Austrian capital Vienna – said in a statement: “At the beginning of June, a Burchell’s zebra saw the light of day in Schoenbrunn Zoo.

“The foal weighs around 30 kilograms [66 lbs] and is nursed by its mother for around eight months.”

The footage shows the young foal trotting around after its mother in the enclosure, which is shared with a gazelle.

At times, the celebrity seems a bit much for the nervous youngster and it shelters behind its mom.

But it is nothing a calming drink of milk cannot sort out and the foal is soon trotting around the enclosure again.

Keeper Gregor Hirsch explained: “Zebras are usually born very quickly, after about 15 minutes it is over.

“Everything went very well with our current offspring and the young animal is doing well.

“It is now exploring the facility and nibbling on the hay with the rest of the herd from time to time. But it remains close to its mother.”

The zoo added: “The natural range of the Burchell’s zebra is the African savanna south of the Sahara.

“The animals are best known for their striking striped pattern.”

“For more than 80 years, this animal species has been part of the permanent animal population at Schoenbrunn Zoo.”

The Burchell’s zebra (Equus quagga burchellii) is a relatively rare subspecies of the plains zebra (Equus quagga) that was once thought to have gone extinct in the wild after being excessively hunted at the dawn of the 20th century but some populations have since been identified in central and southern Africa.

The plains zebra is listed as ‘Near Threatened’ on the International Union for Conservation Of Nature’s (IUCN) Red List of Threatened Species.

It is one of the smallest subspecies of zebra and can often be hard to distinguish from other types of zebra.

They can be found in the savannas and grasslands of central and southern Africa, ranging from southern Ethiopian to South Africa.

Zoo director Hering-Hagenbeck said: “A typical feature of Burchell’s zebras are the lighter ‘shadow stripes’ between the characteristic black stripes.

“Each zebra has an individual pattern, members of a family mainly recogniz each other by smell.”

Burchell’s zebra foals are born with a brown fuzz covering their bodies. It eventually disappears as they get older.