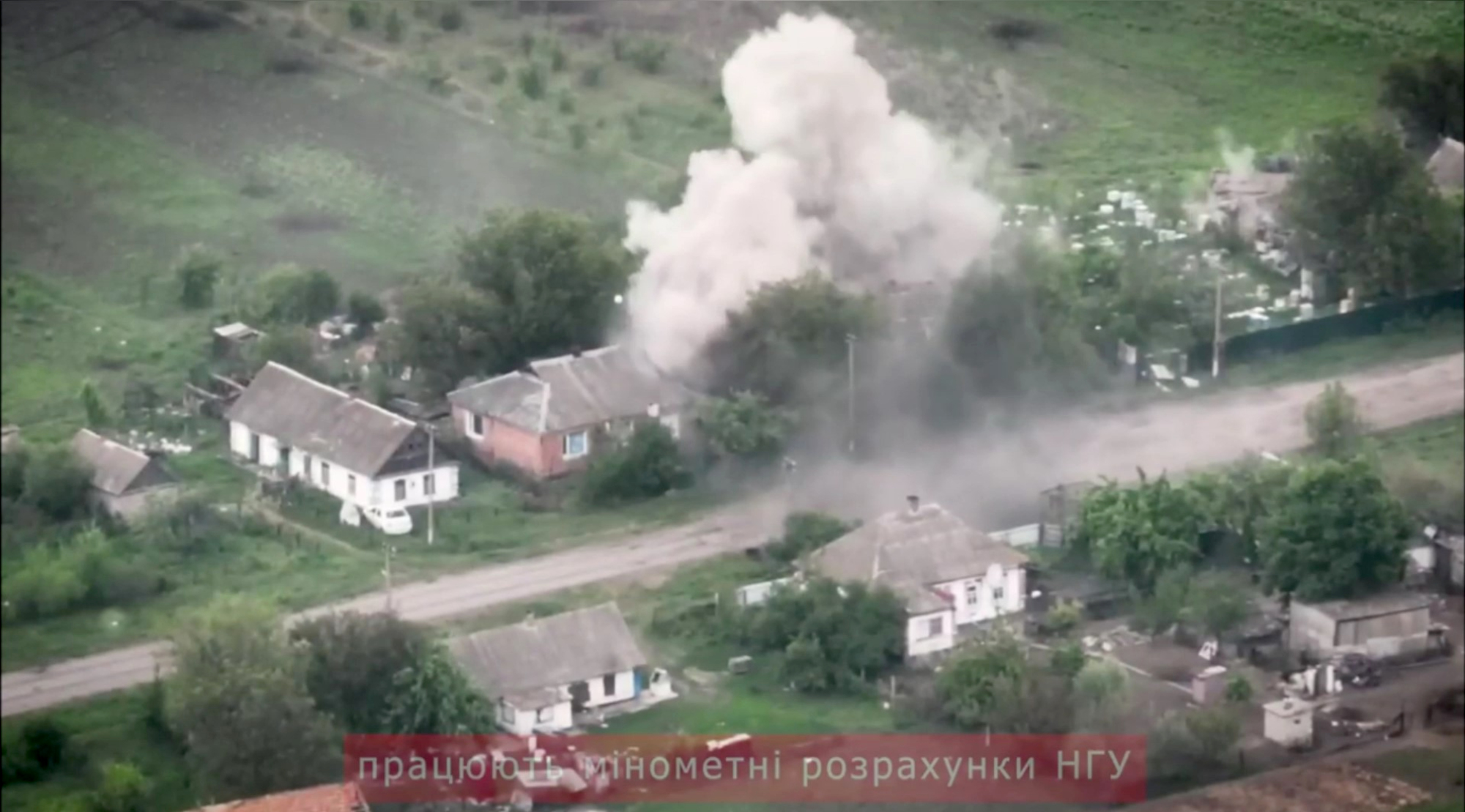 The artillery of the National Guard apparently destroyed the Russian military positions in the southern direction of Ukraine. (@NGUmainpage/Zenger)

This is the moment the Ukrainian National Guard bombs Russian shelters and military equipment as the war enters its 117th day.

“We never grow tired of removing occupiers from Ukrainian soil.

“The enemy will not pass. Everything will remain Ukrainian.”

The National Guard added: “Believe in our Ukrainian defenders. Let’s win together!”

President Joe Biden has promised Kyiv another one billion dollars in security assistance and weapons. And General Mark Milley says Russia has lost around 20 to 30 percent of its armored force during the ongoing invasion.