It's unclear where exactly the images were filmed in Ukraine.
By Joseph Golder June 21, 2022
Facebook
Twitter
Linkedin
Email 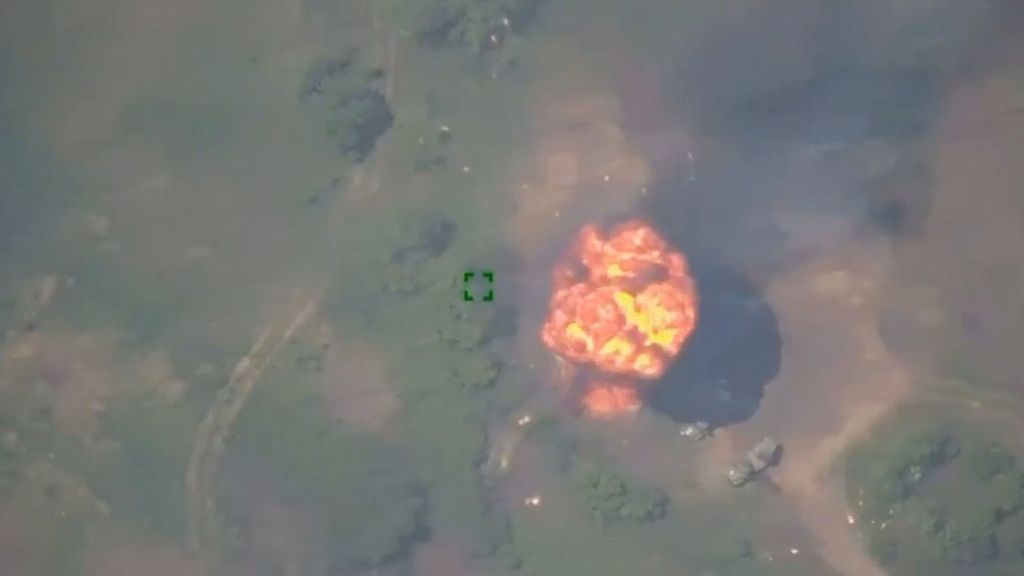 A black cloud of smoke rises into the air as the site is systematically hit with what Ukrainian forces said was artillery fire.

It’s unclear where exactly the images were filmed in Ukraine but they were obtained from the General Staff of the Armed Forces of Ukraine, who said: “As the 40th Separate Artillery Brigade named after Grand Duke Vytautas recently destroyed multiple enemy rocket launchers.”

The 40th Separate Artillery Brigade has been involved in the war in the Donbas region of eastern Ukraine since 2015 where they have been fighting pro-Russian separatists. In peacetime, it is headquartered in Pervomaisk, which is located in the Mykolaiv Oblast region in southern Ukraine.

The new head of the British Army, Gen Sir Patrick Sanders, has told British forces that they need to be ready to face Russia on the battlefield and said the British Army now needs to be capable of defeating Russia.

Washington told China last week that it risked ending up on the “wrong side of history” following Chinese President Xi Jinping’s assurance to Russian President Vladimir Putin that Beijing supports Russian “sovereignty”. Russia has now become China’s top oil supplier amid ongoing sanctions on Russia over the war in Ukraine.

United States President Joe Biden has promised Kyiv another billion dollars in security assistance and weapons. And General Mark Milley says Russia has lost around 20 to 30 percent of its armored force during the ongoing invasion.

The European Parliament adopted a resolution recommending that the European Union grant Ukraine the status of candidate country for EU membership. In the vote, 438 parliamentarians voted in favor of the resolution, with 65 voting against and 94 abstaining.