Russia invaded Ukraine on February 24 in what the Kremlin is calling a "special military operation" to "liberate the Donbas."
By Lee Bullen June 21, 2022
Facebook
Twitter
Linkedin
Email 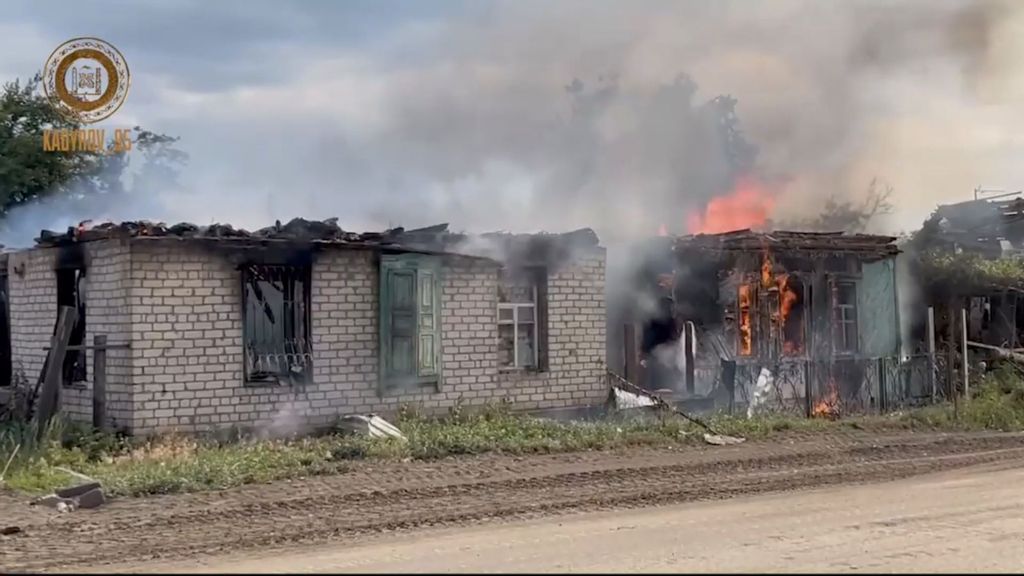 Combat work of Special forces AKHMAT together with the allied forces who began to liberate Malaya Kamyshevakha from Ukrainian forces on June 20 in a suburb of Zolote, Ukraine. (@ramzan/Zenger)

The Chechen military said on June 20: “Chechen ‘Akhmat’ special forces troops together with allied soldiers have started to liberate the suburb of Malaya Kamyshevakha in the city of Zolote in the Ukrainian region of Luhansk Oblast.

“They are being opposed in this area by various Nazi groups, including Polish mercenaries.

“Despite this, our special forces successfully captured strategically important points and systematically moved forward. At the same time, the guys are escorting civilians out of the settlement, who the nationalist henchmen are trying to use as human shields.

“In the near future, our special forces will completely clear Malaya Kamyshevakha and the city of Zolote from Ukro-nazis and mercenaries, thereby ensuring the advance of the allied troops to Lysychansk. To do this, we have all the necessary means and opportunities that we use with maximum benefit.”

Serhiy Haidai, governor of Luhansk Oblast, said: “It is hard for Russians to march through the Sevrodonetsk industrial zone and the outskirts of the city. The same s happening in the areas of Toshkivka and Ustinivka where more orcs want to break through there, and to do this, they have pulled together a great amount of technology.”

He added: “Unfortunately, at the same time we have no control over Metyolkine near the regional center.”

President Joe Biden has promised Kyiv another one billion dollars in security assistance and weapons. And General Mark Milley, who chairs the Joint Chiefs of Staff, says Russia has lost around 20 to 30 percent of its armored force during the ongoing invasion.