This is according to a new study conducted by an international team of experts.
By Joseph Golder June 21, 2022
Facebook
Twitter
Linkedin
Email 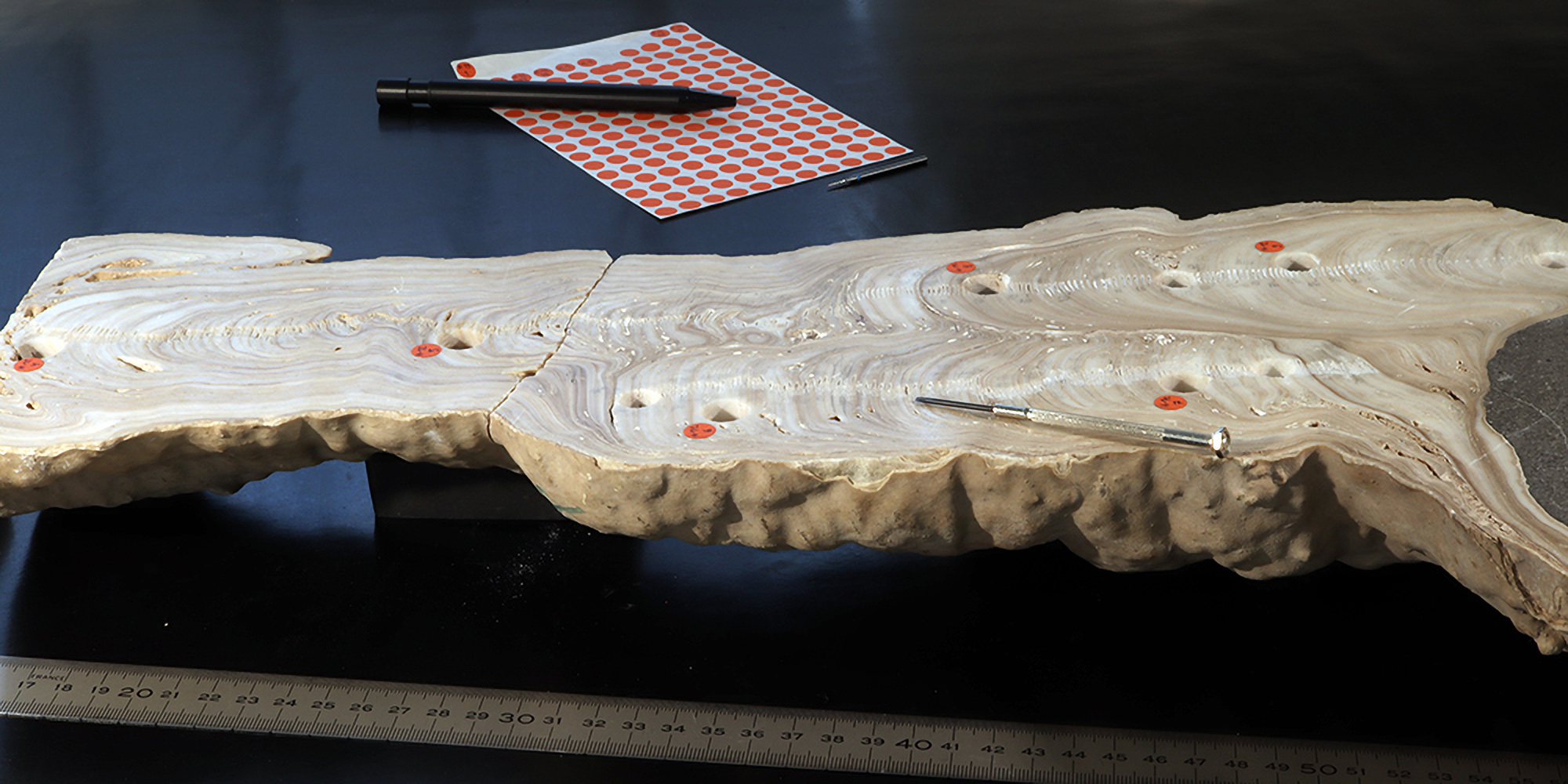 Extreme drought helped bring about the emergence of Islam on the Arabian Peninsula.

This is according to a new study conducted by an international team of experts.

The experts, led by Professor Dominik Fleitmann, a researcher at the University of Basel in Switzerland, studied a stalagmite from the Hoti Cave in what is now Oman.

They said it shows how “droughts, combined with political unrest and war, left a region shattered and facilitated the spread of emerging Islam across the Arabian Peninsula.”

The severe aridity on the Arabian Peninsula, in the 6th century A.D., and the other, already known factors, contributed to the downfall of an ancient kingdom, leaving the region fractured and unstable.

This in turn facilitated the emergence and spread of early Islam, the researchers argued.

They explained: “The traces of the kingdom of Himyar can still be seen on the high plateaus of Yemen: terraced fields and dams served as particularly sophisticated irrigation systems to transform the semi-desert into fertile fields.

“For several centuries, Himyar was a fixture in southern Arabia.”

The Himyarite Kingdom – called the Homerite Kingdom by the Greeks and the Romans – was a pagan civilization that officially adopted Judaism after 390 A.D. and whose capital was the ancient city of Zafar, not far from modern-day Sana’a in Yemen.

After expanding and conquering other realms, it eventually fell to the Kingdom of Aksum early in the 6th century. Aristocratic descendants of the Himyarites would later play a significant role in early Islamic Syria.

Fleitmann said: “It was a bit like a murder case: we have a dead kingdom and we’re looking for the culprit. Step by step, the evidence has brought us closer to the answer.”

But he added: “Whether this drought was directly related to the collapse of the kingdom of Himyar or perhaps only occurred afterward, could not be clearly proven on the basis of this data alone.”

The University of Basel said in a statement: “Extreme drought contributed to the decline of the ancient southern Arabian kingdom of Himyar.”

It explained: “In the 6th century A.D., however, the once-powerful kingdom fell into a crisis, culminating in its conquest by neighboring Aksum (modern-day Ethiopia).

“A hitherto unnoticed factor, extreme aridity, may have been a key contributor to the upheavals in ancient Arabia that gave rise to Islam in the 7th century.”

The statement from the University of Basel said: “His team analyzed the layers of a stalactite from the Hoti Cave in today’s Oman. The growth rate of the stalagmite and the chemical composition of its layers are directly related to how much precipitation falls above the cave. […]”

The statement added: “Thus, the shape and isotopic composition of the deposited layers of a stalagmite represent a valuable climate archive.”

And Fleitmann said: “Even with the naked eye you can see from the stalactite that there must have been a very dry period for several decades.”

The statement explained: “If less water drips on the stalagmites, less of it runs down the sides. The stone grows with a smaller diameter than in years with a high drip rate.

“The isotope analysis of the rock layers allows conclusions to be drawn about the annual amount of precipitation. The researchers discovered that not only did less rainfall over a long period of time, but that there must have been an extreme drought.

“The researchers were able to date this dry period to the beginning of the 6th century A.D. based on the radioactive decay of uranium, but only to an accuracy of 30 years.”

“Data on the water level of the Dead Sea and historical documents describing a multi-year drought in the region, dating to A.D. 520, helped to actually link the extreme drought to the Himyar kingdom crisis,” according to the statement.

Fleitmann said: “Water is the most important resource of all. It is obvious that a decrease in precipitation and in particular several years of extreme drought can destabilize a semi-desert kingdom.”

The statement said: “The irrigation systems also required constant maintenance and repairs. This could only be accomplished with tens of thousands of well-organized workers. The population of Himyar, stricken by water shortages, was probably no longer able to guarantee this complex maintenance, which further aggravated the situation.

“Political unrest at home and a war spilling over into Himyar between its northern neighbors, the Byzantine and Sassanid empires, further weakened the kingdom. When the western neighbor Aksum finally invaded Himyar and conquered the empire, the once-powerful country finally lost its importance.”

Fleitmann said: “In the case of extreme climate events, one often only thinks of the short period after, limited to a few year.”

He added: “The need of the population due to hunger and war was great. Then Islam found fertile soil: people were looking for new hope, something that could unite people again as one society. That was what the new religion offered.”

While the researcher is careful to emphasize that “he does not want to say that the drought directly brought about the emergence of Islam”, he does argue that “it was an important factor in the context of the upheavals in the Arab world in the 6th century.”

The new study, titled ‘Droughts and societal change: The environmental context for the emergence of Islam in late Antique Arabia’, was published in the academic journal Science on June 16.

«Previous Post
Lord Of The Rinks: One Of Canada’s Hockey Heroes Was Also A Catholic Priest»Next Post
How Music Saved The Oldest Anglican Church In Chile