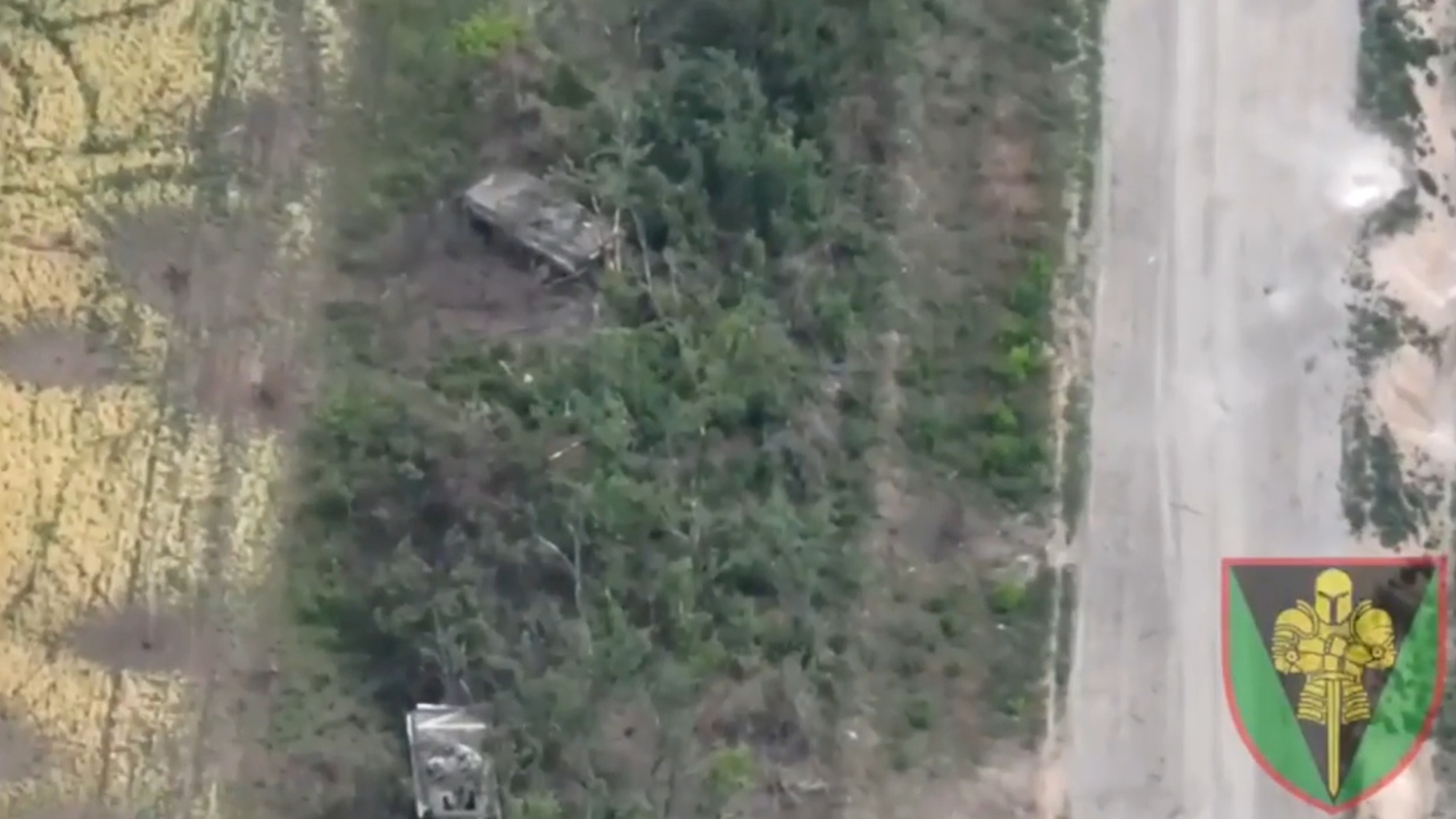 Land forces of the Armed Forces of Ukraine claim that the fighters from the 17 separate tank Kryvyi Rih brigade destroyed Russian military equipment in Ukraine. (@UkrainianLandForces/Zenger)

The images, which appear to have been shot by a drone, show a long line of fortified Russian positions that include tanks hidden among some trees. At least three can be seen in the footage.

A series of explosions targeting the area sends black smoke into the sky, with Ukrainian forces saying that they had destroyed a number of Russian tanks.

It is unclear where exactly in Ukraine the images were shot but they were obtained from the Land Forces of the Armed Forces of Ukraine, who said that the 17th Tank Brigade had “destroyed the occupiers.”

Washington has told China it risks ending up on the “wrong side of history” following Chinese President Xi Jinping’s assurances to Russian President Vladimir Putin that Beijing supports Russian “sovereignty.”

United States President Joe Biden has promised Kyiv another one billion in security assistance and weapons. And General Mark Milley says Russia has lost around 20 to 30 percent of its armored force during the ongoing invasion.

On June 8, the European Parliament adopted a resolution recommending that the European Union grant Ukraine the status of candidate country for EU membership. In the balloting, 438 members of the parliament voted in favor of the resolution, with 65 voting against and 94 abstaining.