“We're happy to report that a family of 11 people are safe today thanks to the Hillsborough County Sheriff's Office Marine Unit.”
By William McGee June 20, 2022
Facebook
Twitter
Linkedin
Email 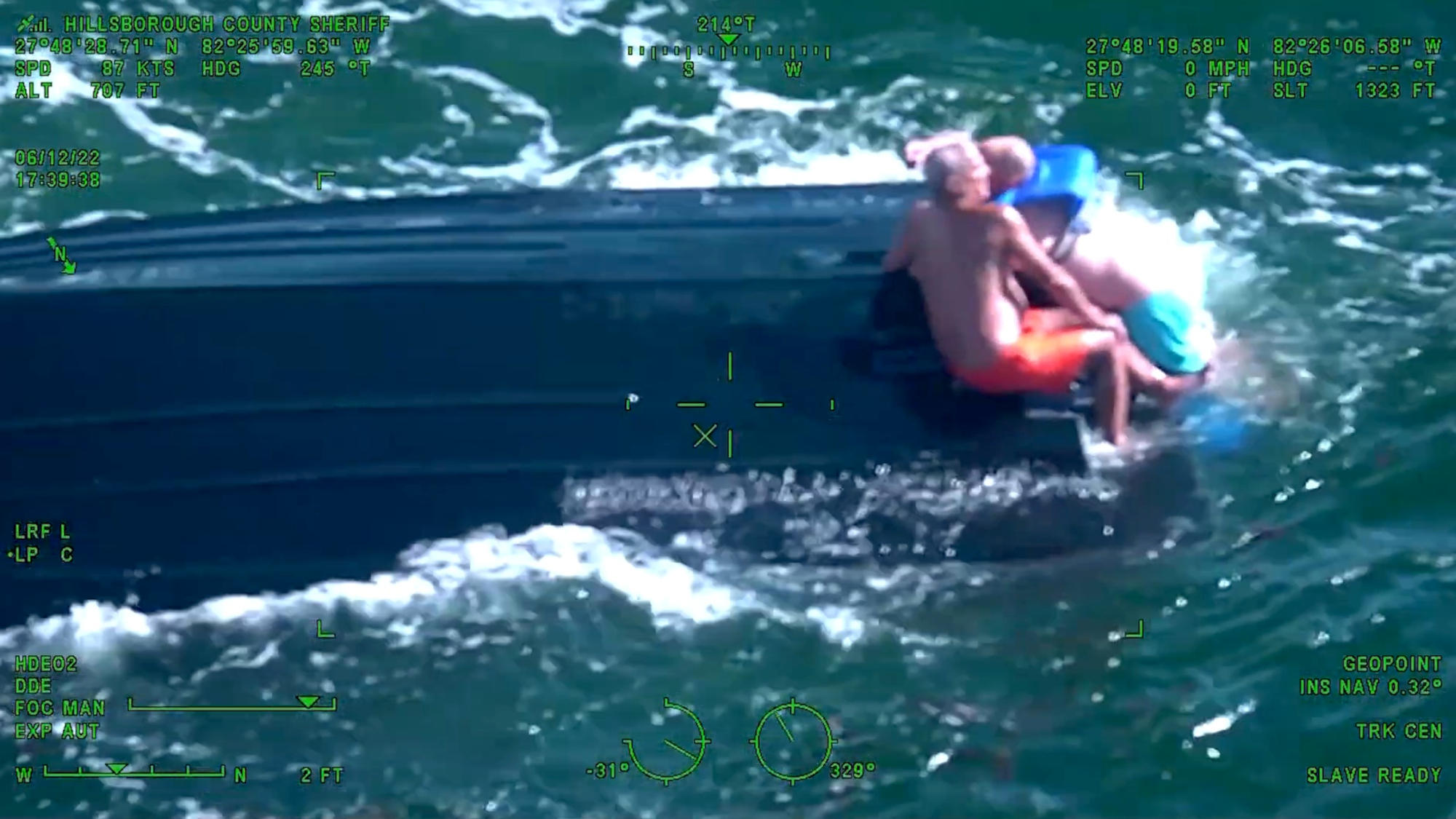 Some of the 11 rescuees before they are rescued by Hillsborough deputies, on the 12th of June, in Hillsborough County, Florida. (HCSOSheriff/Zenger)

This footage shows how deputies pull 11 people, including two elderly men, from the waters off Florida, with the overturned boat they are clinging onto looking like it could sink at any moment.

Deputies from the Hillsborough County Sheriff’s Office Marine Unit rescued a family of 11 after their boat capsized and started sinking in waters east of Beer Can Island, on Florida’s Gulf of Mexico coast, on June 12.

“On Sunday, June 12, 2022, at approximately 5:24 p.m. a call came in about several people stranded in water just east of Beer Can Island after their boat capsized. The HCSO Aviation Unit first flew over the scene and confirmed a boat was upside down in the water, with several people swimming around it.

“A nearby boat with citizens was able to arrive immediately and begin lifting victims into their craft.

“Moments later, deputies with the HCSO Marine Unit arrived to find two male victims still hanging on to the hull of the overturned boat. One was wearing a life vest, while the other was not. As the deputies helped both men onto the HCSO 36′ Intrepid, one of the victims complained of chest pains and shortness of breath.

“Deputies called the Hillsborough County Fire Rescue Marine Unit, where paramedics transferred the victim as a medical emergency to a local hospital. The rest of the victims on the good Samaritan’s boat were relocated to HCSO’s boat and taken to the Apollo Beach Marina.”

The statement quoted Sheriff Chad Chronister, who said: “Thanks to the willingness of some local boaters to help out, a group of 11 people, consisting of men, women, and children, were saved after they were stranded in the water when their seacraft capsized.

“Almost all the victims were wearing life preservers. We remind everyone to always have the right amount of life vests for each person on a boat, as well as keeping stock of all other safety and emergency equipment.”

The statement continued: “The Hillsborough County Sheriff’s Office was aided in the rescue by the HCFR Marine Unit, the U.S. Coast Guard, and Sea Tow, which helped in the recovery of the upturned boat.”