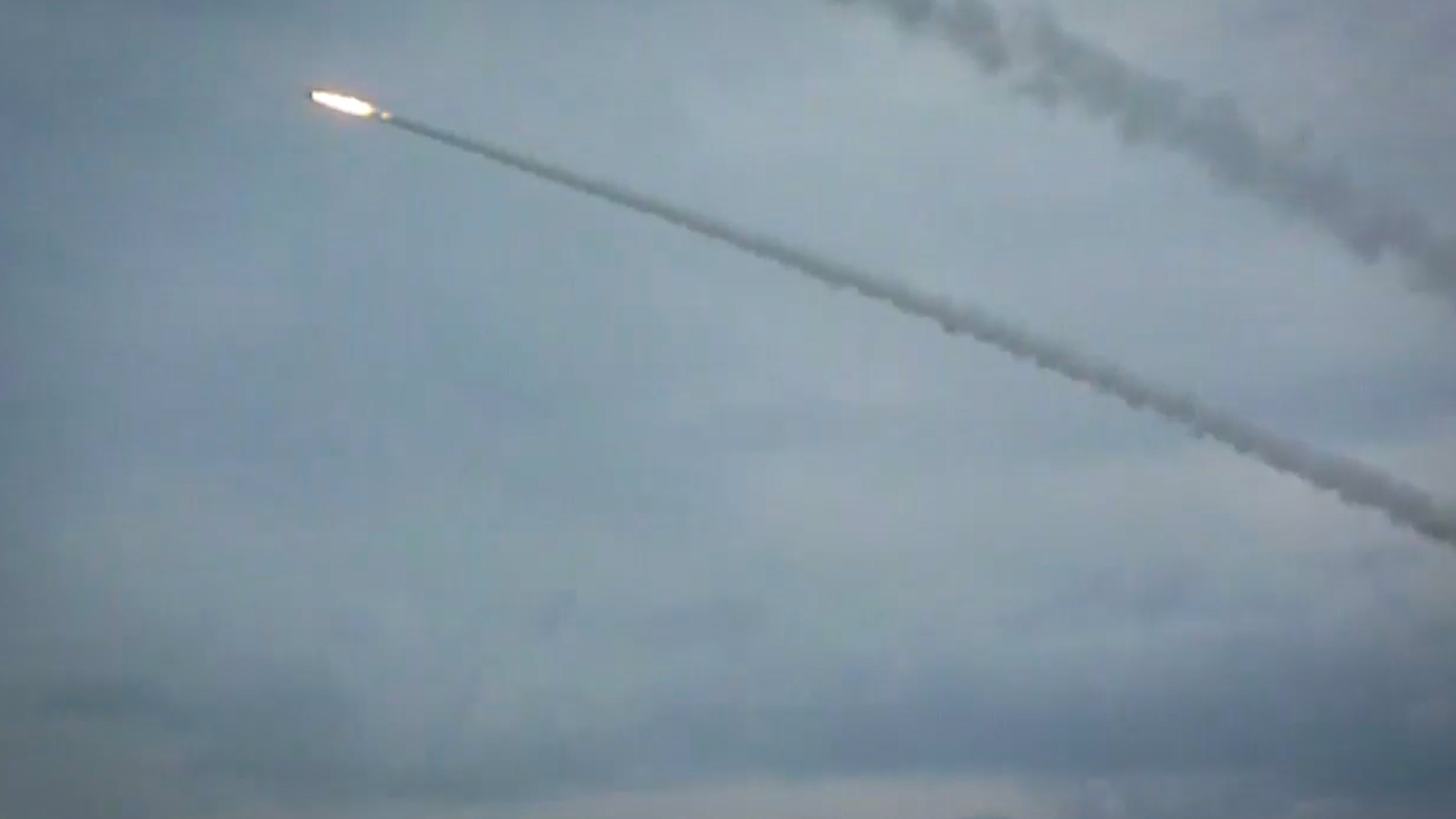 This footage purports to show a salvo of high-precision missiles being launched into the air before it cuts to one of the missiles hitting a Ukrainian military building and an explosion breaking out.

A second piece of footage shows attack helicopters taking off before one fires a missile into the distance. The footage then cuts to a clip of what appears to be a Ukrainian military vehicle being hit and exploding.

Zenger News obtained the pieces of footage from the Russian Ministry of Defense (MoD) on June 17.

The Russian MoD said: “The Armed Forces of the Russian Federation continue the special military operation in Ukraine.

“Also, the headquarters of Azov nationalist formation has been destroyed near Pesochin, Kharkov Region.

“In addition, 2 ammunition depots of missile and artillery weapons have been destroyed near Spornoe and Vyemka in Donetsk People’s Republic.

“The attacks have resulted in the elimination of more than 200 nationalists, 2 launchers of Buk-M1 and Osa-AKM systems near Krasnaya Gora and Artemovsk in Donetsk People’s Republic, 1 ammunition depot near Lisichansk in Luhansk People’s Republic, 10 tanks and other armored fighting vehicles, six field artillery guns, 4 multiple rocket launchers and 9 special vehicles.

“Missile troops and artillery have hit 203 areas of manpower and military equipment concentration and 38 firing positions of AFU artillery units.

“The attacks have resulted in the elimination of more than 350 nationalists, 1 AFU unmanned aerial vehicle control post near Ukrainka in Nikolaev region, 8 tanks and other armored fighting vehicles, 3 BM-21 Grad MLRS combat vehicles, 3 field artillery guns and 11 special vehicles have been destroyed overnight.

Russia invaded Ukraine on February 24 in what the Kremlin is calling a “special military operation” to “liberate the Donbas.” June 17 marks day 114th of the invasion.