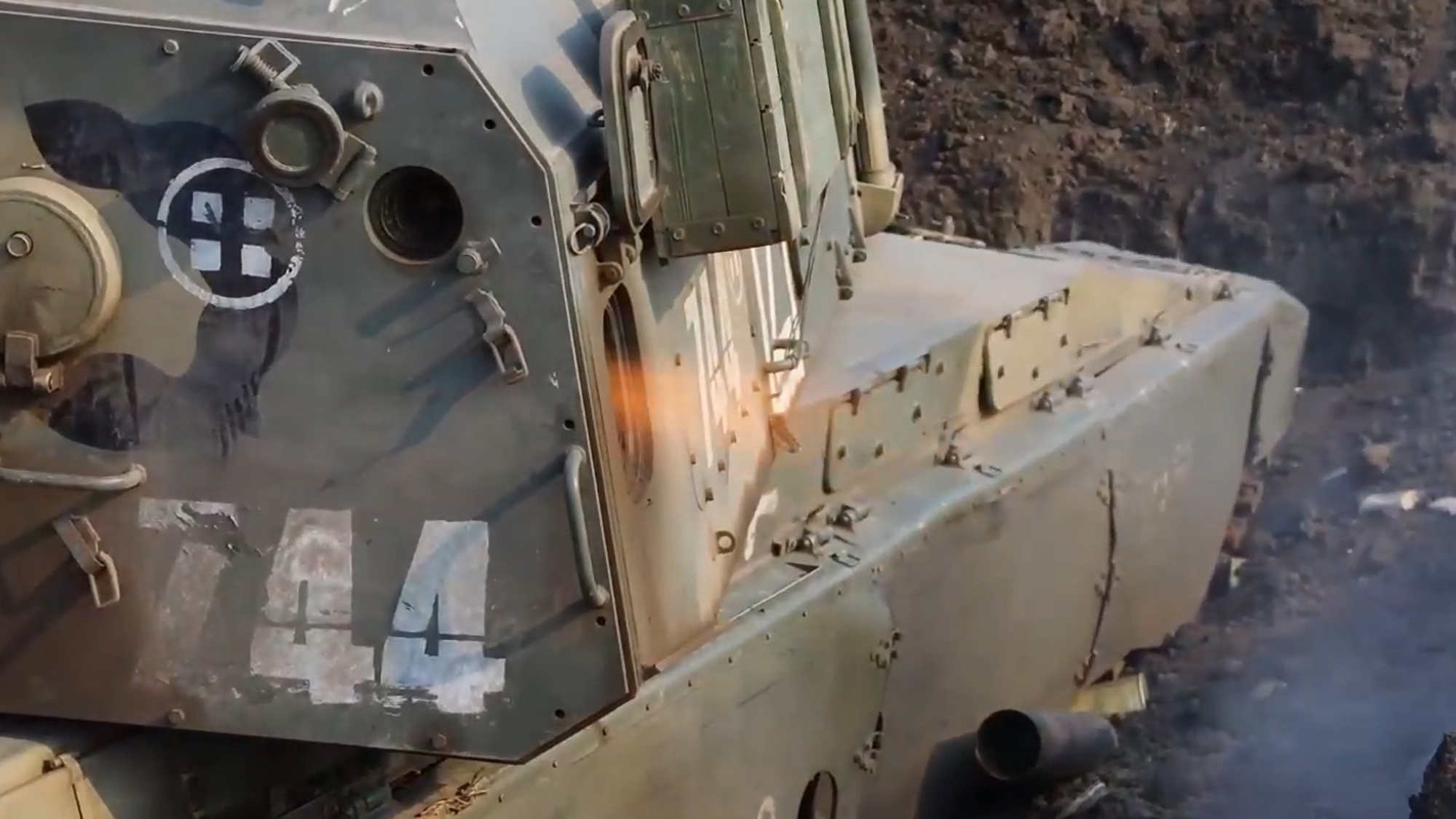 Combat work of the crews of the self-propelled guns Msta-S on the camouflaged fortifications of the Armed Forces of Ukraine. (Ministry of Defense of Russia/Zenger)

This footage purports to show Russian howitzers blowing up Ukrainian targets in and around a grove of trees in a field.

Zenger News obtained the video from the Russian Ministry of Defense (MoD) on June 16.

The Russian statement did not specify where in Ukraine the strike took place.

The 2S19 Msta is a 152.4mm self-propelled howitzer designed by the Soviet Union. It entered service in 1989 and its operators also include the Ukrainian military.

The Orlan-10 is a reconnaissance, unmanned aerial vehicle developed by the Special Technology Center in Saint Petersburg for the Russian Armed Forces. It was introduced in 2011.

In a briefing, the Russian MoD said that between February 24 and June 16, “204 Ukrainian airplanes and 131 helicopters, 1,218 unmanned aerial vehicles, 340 anti-aircraft missile systems, 3,569 tanks and other armored combat vehicles, 526 multiple launch rocket systems, 1,968 field artillery and mortars, as well as 3,647 units of special military vehicles were destroyed”.

In related news, French President Emmanuel Macron, German Chancellor Olaf Scholz and Italian Prime Minister Mario Draghi have arrived in Kyiv for talks. They are hoping to rebut what has been perceived as their lukewarm support for Ukraine.

United States President Joe Biden has promised Kyiv another one billion dollars in security assistance and weapons. And General Mark Milley of the Joint Chiefs of Staff says Russia has lost around 20 to 30 percent of its armored force during the ongoing invasion.