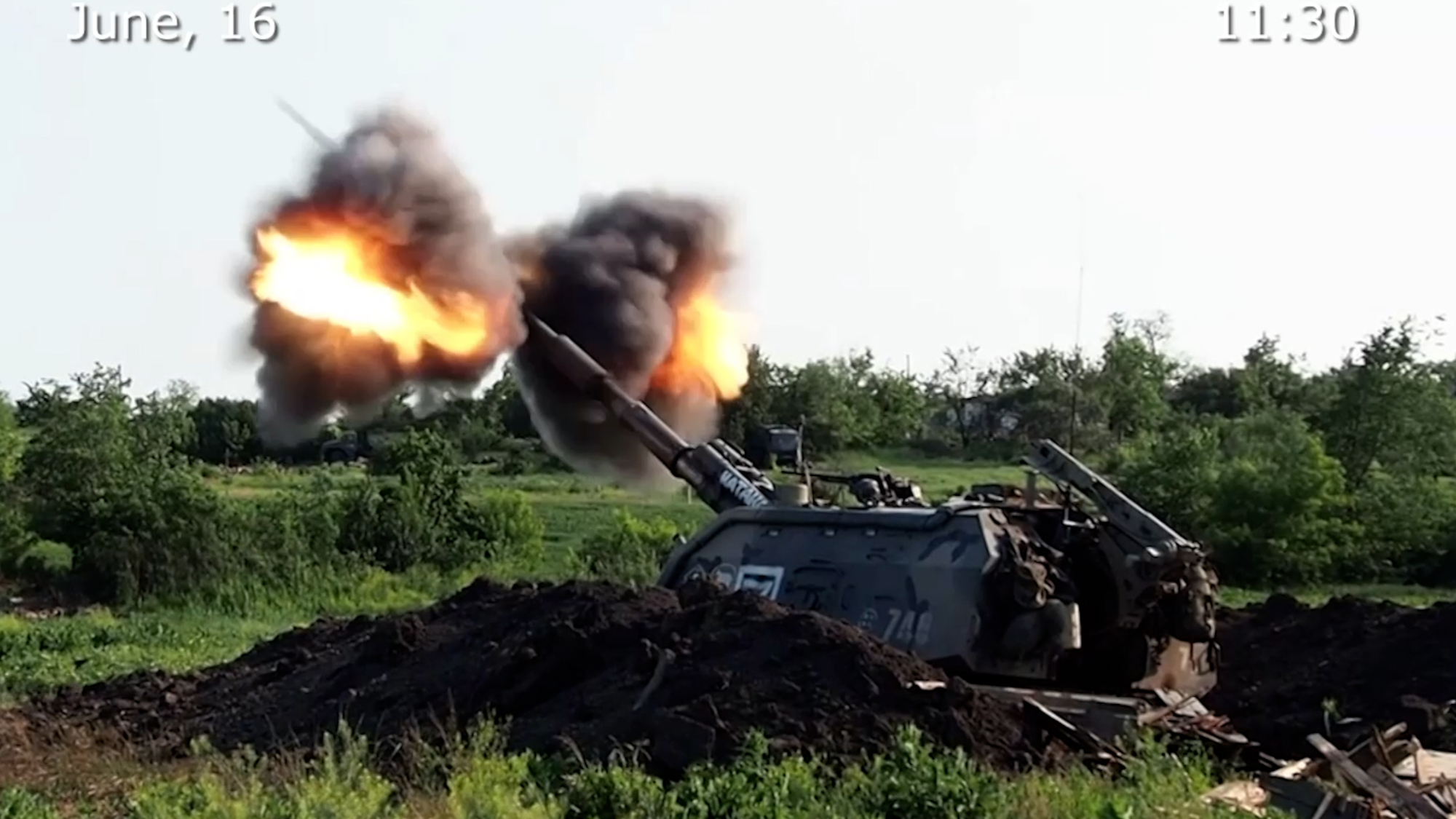 This video montage shows Russian howitzers being fired, missiles being launched into the air, and targets in and around a tree line going up in billows of smoke.

Zenger News obtained the footage from the Russian Ministry of Defense (MoD) on June 16.

The Russian MoD said: “The Armed Forces of the Russian Federation continue the special military operation in Ukraine.

“The attacks have resulted in the elimination of more than 280 nationalists, 2 ammunition depots near Razdolovka in Donetsk People’s Republic, 5 tanks and other armored combat vehicles, 6 field artillery mounts and 11 special vehicles.