The Russian helicopter, reportedly a Mil Mi-24, comes crashing down in a field in a ball of flames.
By Joseph Golder June 20, 2022
Facebook
Twitter
Linkedin
Email 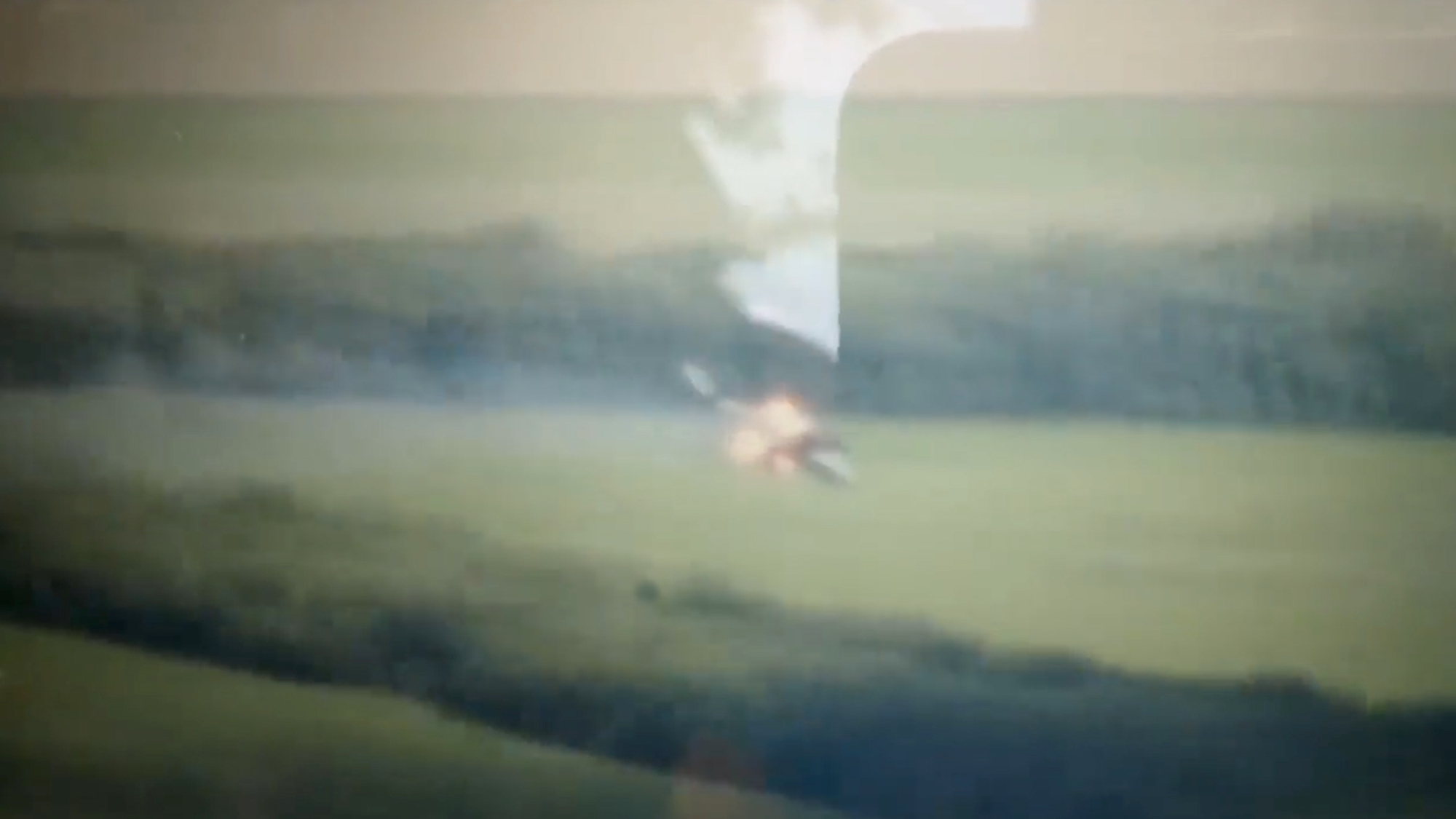 Fighters of the territorial defense of Ukraine shot down a Russian military helicopter Mi-35M in the Donetsk region in Ukraine. (@UkrainianLandForces/Zenger)

This is the moment Ukrainian soldiers reportedly shoot down a massive Russian helicopter gunship.

The Russian helicopter, reportedly a Mil Mi-24, comes crashing down in a field in a ball of flames.

The images were obtained from the Land Forces of the Armed Forces of Ukraine, along with a short statement saying: “In the Donetsk region, fighters of territorial defense of Ukraine brought down the Russian military Mi-35M helicopter.”

Washington has told China it risks ending up on the “wrong side of history” following Chinese President Xi Jinping’s assurances given to Russian President Vladimir Putin that Beijing supports Russian “sovereignty.”

President Joe Biden has promised Kyiv another one billion dollars in security assistance and weapons. And General Mark Milley, who chairs the Joint Chiefs of Staff, says Russia has lost around 20 to 30 percent of its armored forces during the ongoing invasion.