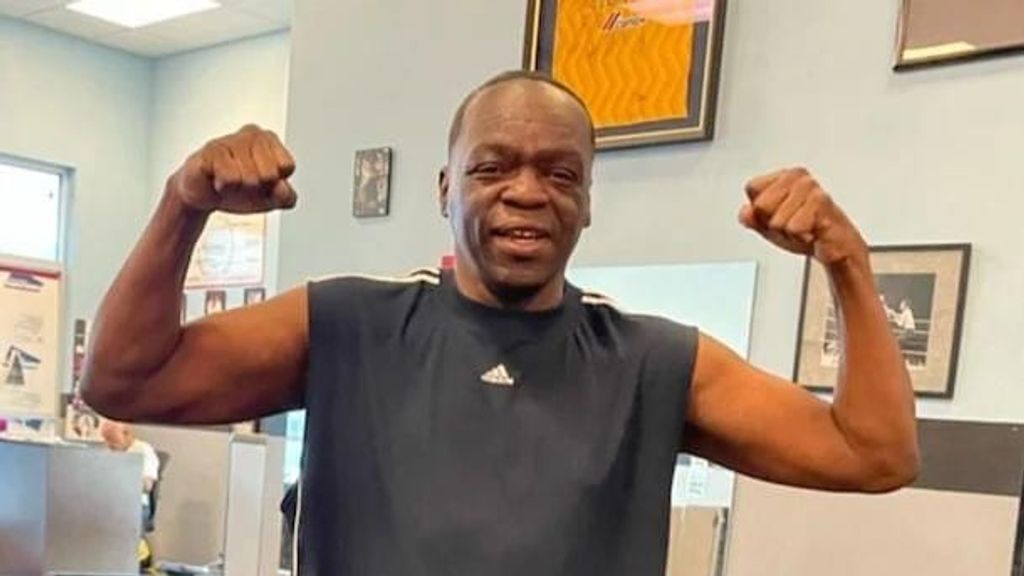 Some deals are too good to pass up. Jeff Mayweather admits he never wanted the responsibility of being a gym owner. However, when he was offered a deal just to use his namesake — he once held the IBO super featherweight title and is the uncle of boxing champion Floyd Mayweather Jr — he couldn’t turn it down.

But his quest to help others wouldn’t allow Jeff Mayweather to solely collect a check for the simple gesture of using his name. He says he will be a staple at the Jeff Mayweather Training Center in Las Vegas, Nevada. Mayweather and his team are currently creating ways to bring attention to the gym, through various events and kids’ camps revolving around combat and fitness.

Mayweather trained at Floyd’s gym for years. Now has a place that he can call his own. The Mayweather name rings very loud bells in the world of boxing and the state of Nevada, and Jeff’s training center will surely keep that trend going. The 18,000-square-foot gym caters to boxing, mixed martial arts, karate, taekwondo, Jiu-Jitsu and strength and conditioning.

“Jazzy” Jeff explains how the gym came to fruition, chimes in on the recent Boxing Hall of Fame inductees and gives a non-prediction for the highly anticipated potential bout between Errol Spence and Terence Crawford.

Zenger: It’s been long overdue, but you now have your own gym, the Jeff Mayweather Training Center. How did it all come together?

Mayweather: I’m not 100 percent sure. So, I don’t want to put anything false out there, but I kind of know. The owner wanted to use my name for this gym. But he didn’t want to ask me, so he had this guy that works at the gym already, who I actually used to do a radio show with, ask me. I said, “Yes.” He wanted to pay me for using my name, and I told him, “No, I want to be a part of this gym if my name is going to be on it. I’m going to be here to greet people and implement different things that’s going to happen in this gym as well.”

Right now, we’re working on tournaments, “Jeff Mayweather Classics,” that will be tournaments where we will be fighting against different countries. We’re looking at Canada, Ireland and London. We’re also working on New York vs. Vegas. And eventually we’ll start doing state-to-state events as well. We will hold training camps for young kids. We will also be doing this event that I have been a part of for about 7-8 years, “Bosses vs. Boxers.” It’s prominent businessmen that step in the ring with an actual fighter.

It’s entertainment. No one is trying to beat no one up. It’s just to have fun. It’s so funny because I’ve done this for about seven years, and I lost three times (laughing). It’s a fun event for everybody. Those are the things I’m trying to bring to the gym. We’re brainstorming together almost daily, and a lot of the ideas are starting to happen. I’m also going to be a part of a documentary called “Celebrity Making of a Champion.” I think we are going to do a lot of the shooting in my gym, and that’s going to help as well.

It’s weird because everybody is saying, “You have you own gym now. You should be so happy,” but I’m not. It’s just me. I’m going to always be myself. I’ve always wanted to help people, and now, I’m in a position to help some people. Don’t get me wrong, it is a big deal. There was a time I never wanted to have my own gym. But it’s different with me being the face opposed to the owner.

This thing is 18,000 square feet. It costs a whole lot of money (laughing). However, I did talk to one of my business partners, and we are coming up with a way to eliminate the monthly costs. We’re working on that now. That way the guy behind me that’s behind the scenes paying won’t have to pay as much. We came up with an idea that actually makes about $15,000 monthly.

Zenger: Are you exclusive to your gym, or will you still make appearances at The Mayweather Boxing Club?

Mayweather: Last month was my last time doing something at the Mayweather Gym as a trainer. We still do “The Mayweather Experience,” and that will always be at Floyd’s gym. I will be showing up there to train someone for something like that. Me and Floyd usually train people together, so that will still go on. But solely for that purpose because I’m no longer going to take money from my own gym to train at Floyd’s gym.

So, anyone that reaches out to me that wants me to train them, they have to come to my gym. And you will be able to train at my gym because the gym is open from 9 a.m until 9 p.m. If you can’t get to the gym with a 12-hour window, you ain’t trying to get to no gym.

At first, I would go to the gym and just train my fighters, and I would be gone. Lately, I’m trying to stay around a little more. We are currently setting up the kid’s camp, and we have never done it before, so until we actually do it, I’ll probably be staying behind to make sure it’s all going well. It’s great, man.

Zenger: Is this strictly a boxing gym, or will it be used for other forms of combat and fitness?

Mayweather: No, that’s why it’s so big in size, it’s every combat sport there is. We have MMA, Taekwondo, Jiu-Jitsu, Karate, Judo, and we even have strength and conditioning. It’s one of those one-stop-shops where everything is under one roof. I think over time, this gym is really going to grow.

Zenger: Due to COVID, the Hall of Fame induction celebration included the 2020, 2021 and 2022 classes. Your nephew, Floyd Mayweather Jr., was one of the honorees. What did you think of the inductees overall?

Mayweather: I think all the men and women inducted over the weekend were deserving. Every single one of them deserved to be in the Hall of Fame.

Zenger: To see Floyd in the infancy stage of his career as a kid to the pinnacle, the Hall of Fame, what did that mean for you?

Mayweather: I knew that this day would come where his career will be over with, he will have multiple achievements, and, of course, the Hall would come calling. I loved the fact that his dad was there more than anything because he deserved to be there. He’s actually the reason why his son achieved all that he did. I think it was a very fitting ending.

Zenger: Someone else you have known since they were young in the sport is Devin Haney. He recently became the undisputed lightweight champion. Seeing his growth and maturity must be fulfilling as well.

Mayweather: I actually trained Devin. I was one of his first trainers. To see the growth and what he’s accomplished now is amazing. These things that Devin is doing, I told his dad that he was going to be a world champion one day, and that sky is the limit, and he proved it. You know, I look at him and Gervonta Davis, who is a very good fighter himself. At some point, they are going to have to fight each other. I don’t know, we gotta wait and see.

Zenger: If Errol Spence and Terence Crawford’s fight was made right now, would you make a prediction or simply watch this one as a fan?

Mayweather: Either guy definitely has a chance of winning. At one point, I favored Spence. And then after he went through all he went through, I didn’t think he would ever recover. I started to favor Crawford. Crawford showed me so much, I don’t know if the 100 percent Errol Spence could beat Crawford either. Now, it’s kind of like you said, I like both guys, I’m just going to sit back and keep my mouth shut, watch the fight and then act like I picked the winner (laughing).

I think it is a great fight. I think it’s a fight that needs to happen for the sport of boxing. In this era, these two guys have great abilities, and this fight should happen, and both guys should be rewarded handsomely.