Lady And The Grrr-amp: Adorable Doggie Disney Fan Dances For Lady But Growls For Tramp 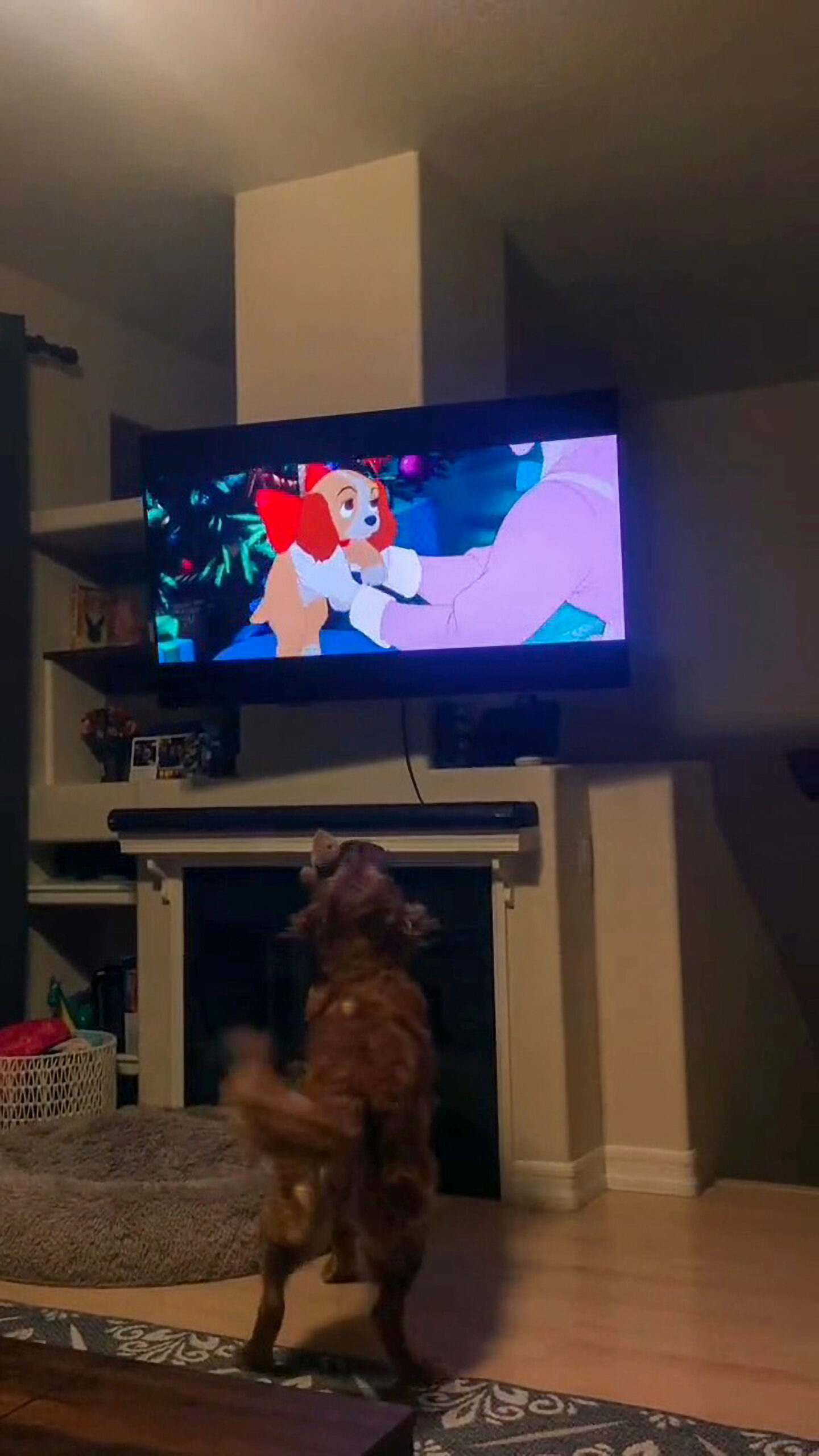 Dog's reaction to watching the Disney classic Lady and the Tramp in Orange County, California. (@its.meagan.elizabeth/Zenger)

This is the adorable moment when Phoebe the dog ‘dances’ with excitement while watching the Disney classic Lady and the Tramp with her owner.

The cute clip was shared on TikTok by Phoebe’s owner Meagan on her page ‘It’s Meagan Elizabeth’ where it has gone viral with 3.6 million views and was recorded in California.

On her TikTok page, Meagan tells viewers: “My dog and I watch movies together. Come join us!”

In the footage, the cute pair opted to watch the 1955 Disney classic Lady and the Tramp, a love story about a posh cocker spaniel and a stray dog from the wrong side of town.

The video shows Phoebe sitting calmly in front of the TV as the opening credits roll.

And when Lady is seen on the screen for the first time as a puppy on a Christmas morning, Phoebe springs to her feet.

As she dances excitedly she offers up her favorite cuddly toy to the screen as Meagan laughs in the background.

But when Tramp makes his first appearance in the film, Phoebe starts to growl.

As she inches closer to the screen she stops dancing and drops her soft toy from her mouth.

At the end of the video clip, Meagan says that “Pheebs gave this movie an 8/10”.

Despite having just two types of color-processing cells in their retinas, experts say dogs can recognize other canines and respond to them onscreen.

A study in the journal ‘Animal Cognition’ in 2013 said that dogs can only see things in yellow and blue but still see other dogs on TV and in films.

Their vision is not as sharp as humans’ and is closer to 20/75 than 20/20, which possibly explains why dogs prefer to sit closer to the screen than people.

Lady and the Tramp was initially met with mixed reviews but it won the hearts of audiences around the world, quickly becoming a classic. It was named one of the 25 all-time best animated films by Time magazine in 2011.

A sequel, Lady and the Tramp II: Scamp’s Adventure, was released in 2001, some 46 years after the original animated film. It features the two iconic characters from the original, as well as their pups Annette, Danielle, and Collette, and a son called Scamp.