Zenger News obtained the footage along with a statement from the Buckeye Police Department.
By Joseph Golder June 20, 2022
Facebook
Twitter
Linkedin
Email 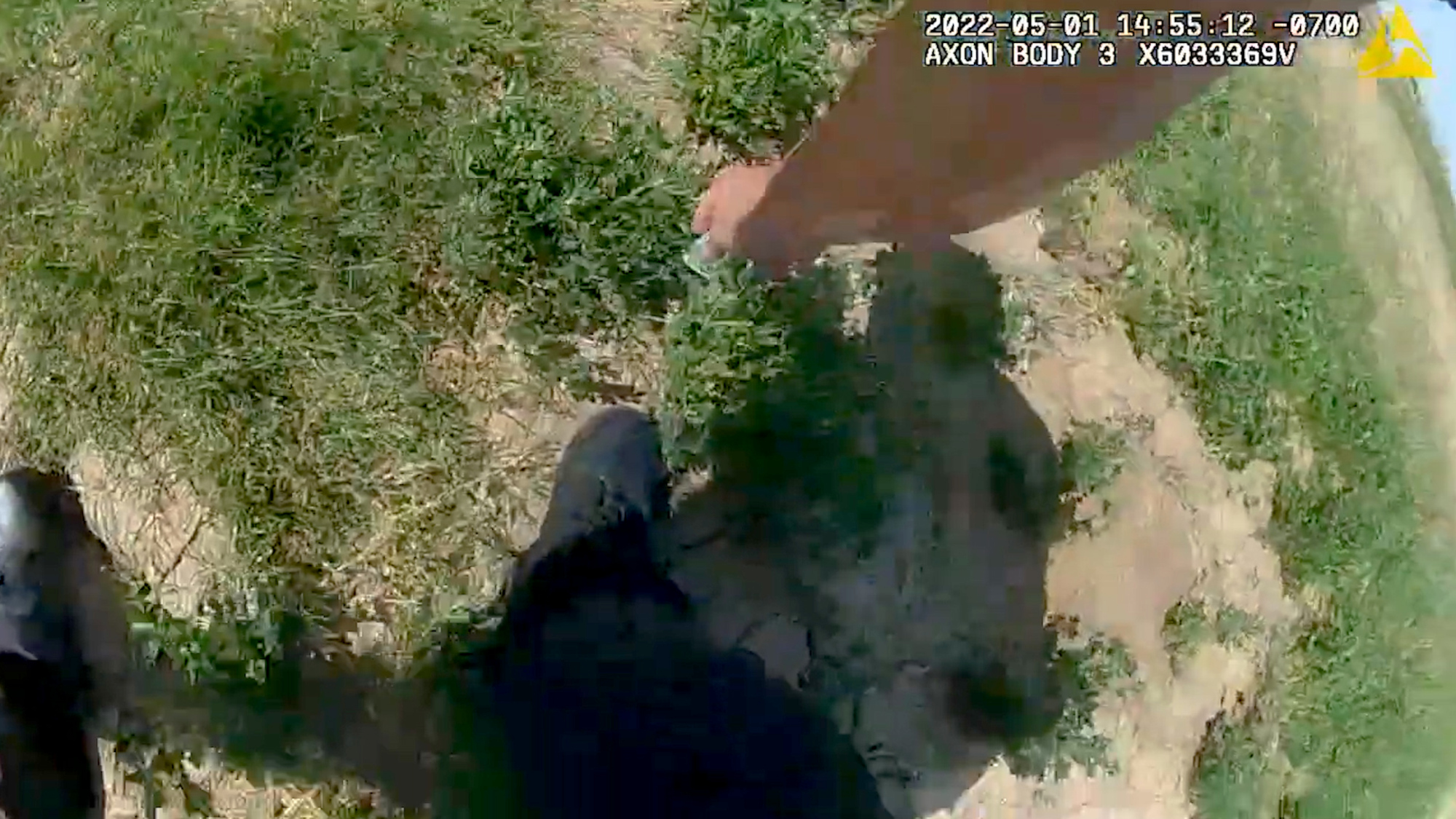 Officer Stephen Farmer spotted the money on the side of the road on May 1, 2022 in Buckeye, Arizona. (Buckeye Police Department AZ/Zenger).

This is the moment a kindhearted police officer helps a woman find a 100-dollar bill by the side of the road so that she can pay her utility bills.

The distraught woman was spotted by the cop – named as Stephen Farmer – desperately searching the roadside after the bill blew out of her car window.

Zenger News obtained the footage along with a statement from the Buckeye Police Department. Buckeye is a suburb of Phoenix, in Maricopa County, Arizona.

The police said on Wednesday, June 15: “Lending a helping hand is a big part of what we do.

“On May 1, 2022, Officer Stephen Farmer spotted a woman searching for something very important on the side of the road, so he stopped to assist.”

The police added: “Buckeye Police Officer Stephen Farmer was patrolling near 231st Ave and MC 85 when he found a woman searching for a 100-dollar bill that blew out of her car window.”

The Buckeye Police Department added: “She needed the money to pay bills.

“Officer Farmer continued to search the side of the road for the cash.”

In the footage, the police officer can be seen spotting the cash caught in scrub grass before he picks it up and hands it to the unnamed woman.

She can be heard plaintively saying: “Thank you so much.”

The officer replies: “No problem.”

The woman then says: “Oh my God. I don’t know what I’d do without you.”

The police officer humbly says: “I’m glad we were able to find.”

The woman, who now appears to be on the verge of tears, says: “Oh man. Thank you very much.”

And the woman says: “Now I can pay my electric.”

She adds as the footage ends: “I don’t have to worry about it getting shut off.”

The federal Department of Labor said on Friday, June 10 that consumer prices had surged 8.6 percent in the last month compared to 12 months earlier, a 40-year high.

Numerous families are being pushed into distressing economic situations as the costs of food, fuel, rent and utilities are all rising significantly at the same time.

The Federal Reserve announced a large interest rate increase on Wednesday, June 15, to help bring prices back down while attempting to prevent the economy from falling into a recession.

This is the largest rate hike since 1994, prompting concerns that rates for mortgages and credit cards will also spike, but also make consumer demand plummet.