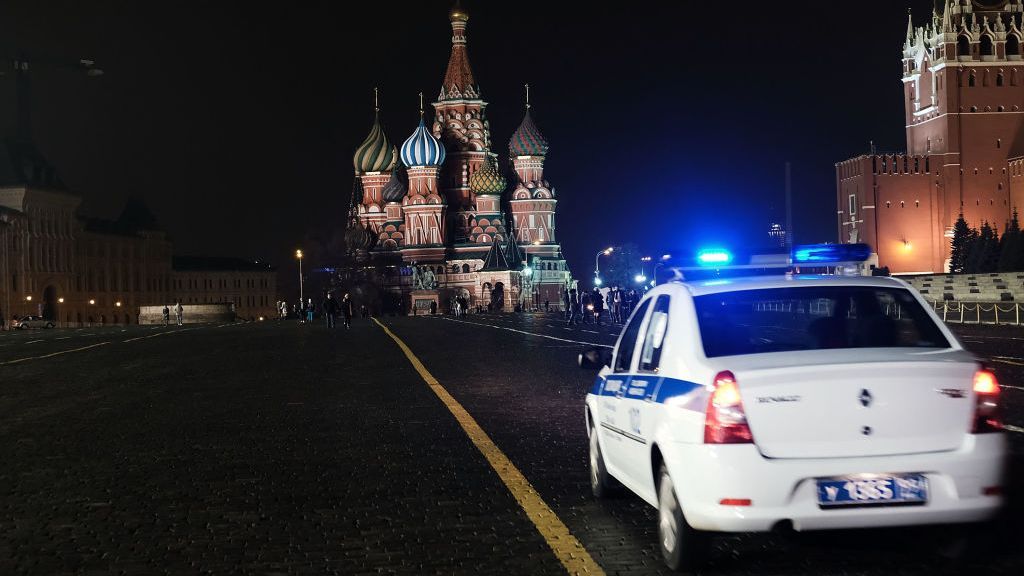 A police drives through Red Square in Moscow on March 7, 2017 in Moscow, Russia. (Photo by Spencer Platt/Getty Images)

Cops in Russia have arrested the 21-year-old son of a local Russian official for stabbing his mother and older sister to death.

The shocking killings took place in a private residence in Yakutsk – which is famous for being the world’s coldest city – in Russia’s Far Eastern region on June 15.

Nyurbinsky district head Alexei Innokentiev has so far refused to comment on the tragedy that left his wife, 51, and daughter, 31, dead.

The mother was still alive when the two were found with multiple stab wounds. She was taken to hospital but swiftly succumbed to her injuries.

Investigators seized objects from the property as evidence, and the suspect – named as Aisen Innokentiev – was arrested at the scene of the crime.

Prosecutors have since charged him with double murder. The names of his victims have so far been withheld and no possible motive has been given.

“According to the documents in the criminal case file, at about 10 p.m. on June 15, 2022, the body of a 31-year-old woman with stab wounds and a 51-year-old woman were found in a private house in the city of Yakutsk with multiple stab wounds. The latter was hospitalized in a medical facility but died shortly afterward.

“The investigative-operational group carried out an inspection, objects that were important for establishing the circumstances of the incident were seized as material evidence.

“The suspect was detained at the scene of the crime, investigators of the regional Investigative Committee are working with him. The investigation is ongoing.”

In another statement obtained by Zenger News, the Prosecutor’s Office of the Republic of Sakha (Yakutia) said: “The prosecutor’s office of the republic has taken control of the investigation of the criminal case regarding the murder of two persons in the city of Yakutsk.”

The Prosecutor’s Office added: “Investigations are underway in the case, and the suspect has been arrested.”

Nyurbinsky is a district of the Republic of Sakha, also known as Yakutia, of which Yakutsk is the capital.

Yakutsk is the coldest city in the world, where temperatures once plummeted to a record low of minus 83.9 degrees Fahrenheit.