“They had a rough start to life, but regular medical checks help them stay in tip-top shape,” says the Perth Zoo.
By Joseph Golder June 20, 2022
Facebook
Twitter
Linkedin
Email 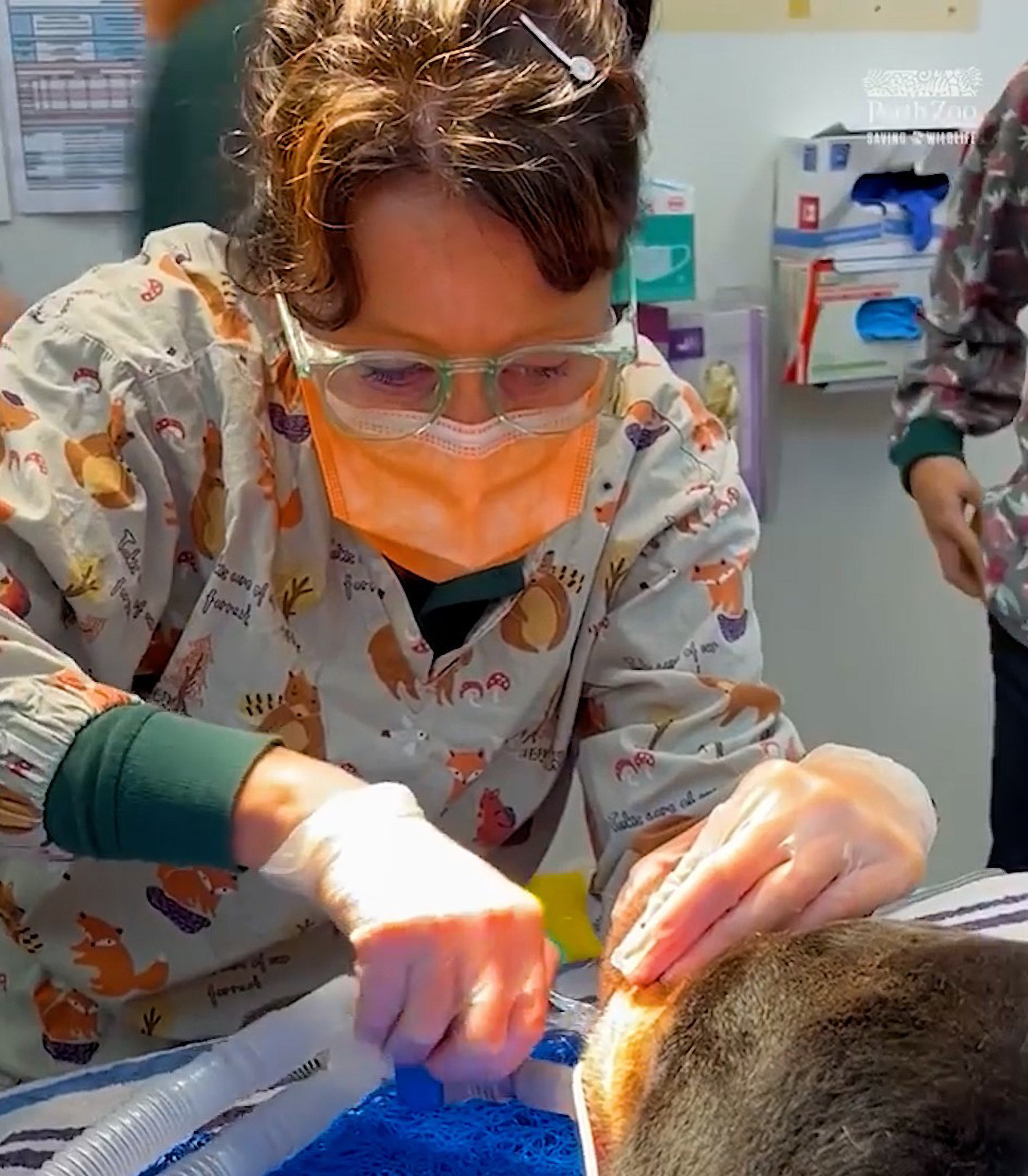 This heartwarming footage shows how two rare bears that were poached as cubs by animal traffickers were given a thorough health checkup.

The images show one of the bears being taken to the vet where it is given a thorough health checkup after being anesthetized. It can then be seen fully conscious again after the medical examination.

The video was obtained from Perth Zoo in Australia, which issued a statement saying: “Sun Bears, Bopha and Jamran are former victims of the illegal wildlife trade, but found their forever homes at Perth Zoo after being rescued by Free the Bears.”

Free the Bears, also known as the Free the Bears Fund, is an Australian charitable wildlife-protection organization.

Perth Zoo also said: “They had a rough start to life, but regular medical checks help them stay in tip-top shape, as vets can keep an eye on body condition, dental health, joint mobility and more.

“We’re happy to say both bears are looking healthy for their age.”

The zoo added: “Having been rescued from the illegal wildlife trade as cubs, our animal carers keep a close eye on the health and welfare of the two Sun Bears.

“The bears have individualized welfare plans made up of enrichment activities, specialized diets and of course, a scheduled visit to the Vet Hospital every couple of years.

“This month, the bears had their general check-up under anesthetic where teams could get up-close to examine their body condition, dental health, joint mobility and draw pathology samples for testing.”

Senior Veterinarian Rebecca Vaughan-Higgins said: “These scheduled health exams are a great way for us to conduct a thorough check on the health of our animals.

“Even if we have no concerns, it’s always valuable to have x-rays and bloodwork to use as a baseline for any potential health issues in the future.

“The bears are looking healthy for their age, but both did need a good dental scale and polish to get rid of some calculus build-up.

“Overall, the procedures for both Jamran and Bopha went well, with no health issues to report and they had a good recovery from the anesthetic.”

The zoo explained that the two bears came into their care in 2007 after they were poached as cubs. The zoo said that Bopha was found “living as an illegal family pet while Jamran was found hog-tied at a restaurant and on the menu.”

Vaughan-Higgins said: “X-rays and mobility checks are particularly important for Jamran as he sustained some long-term injuries to his paws from being tied up before his rescue.”

She added: “We like to keep a close eye on his paws to make sure he doesn’t have any pain or mobility issues that may need to be treated.”

The zoo said: “Perth Zoo’s animal carers have worked hard over the past 15 years to develop strong bonds with our bears, while providing them with a lifestyle that closely mimics what they should have had in the wild. And while they had had a horrible start to life, Bopha and Jamran are among the lucky ones.

“Sadly, many wild bears continue to fall victim to illegal poaching and compete for dwindling resources due to habitat loss.”

Sun bears (Helarctos malayanus) are listed as ‘vulnerable’ on the International Union for Conservation of Nature’s (IUCN) Red List of Threatened Species.

Found in the tropical forests of Southeast Asia, their population is believed to have fallen by 35 percent in the last 30 years due to wildlife trafficking and the fragmentation of their habitat, according to the IUCN’s Bear Specialist Group.