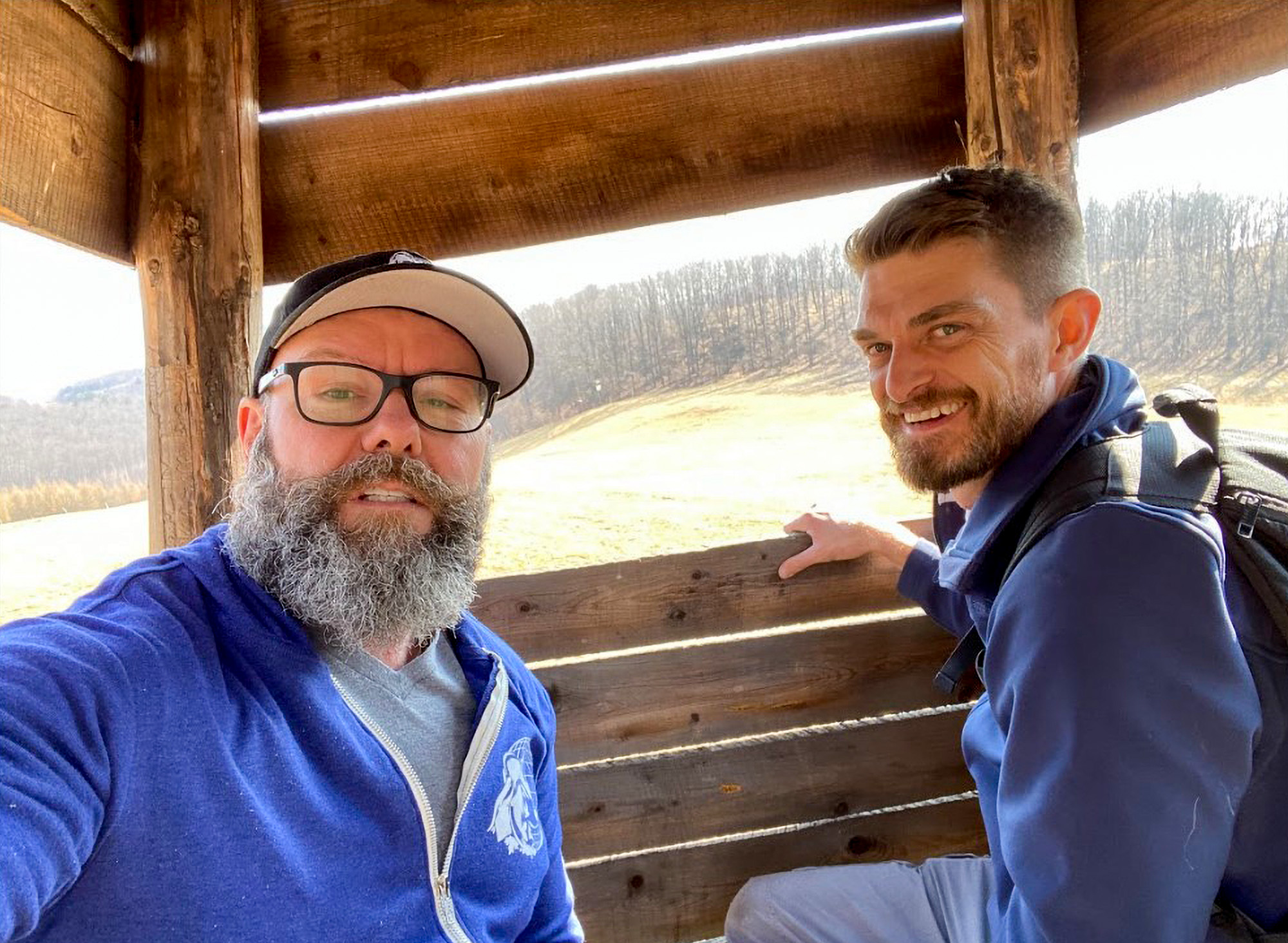 Dr. Cliff Redford , with his staff saved a deer in Poland. (@drcliffworldwidevet/Zenger)

This is the moment a Canadian veterinarian helps to rescue a deer trapped in a fence while visiting Poland to help animals affected by the war in Ukraine.

Cliff Redford, 48, a veterinarian from Toronto in Canada, visited Poland between March 21 and April 4 to assist animals “hurt by the war.”

However, he came across a trapped deer while on his travels and filmed the impressive rescue for his 25,000 Instagram followers.

He said: “We came here to rescue dogs and cats and ended up rescuing a deer as well&mldr;”

The Canadian vet said they ventured into Ukraine for one day of the trip, finding it a “crazy” experience.

Redford said thousands of animals have become displaced by the conflict and even accused some Russian soldiers of shooting at them for fun.

He said people need to be kind to animals and leave them to remain free and wild.

Redford told Zenger News that the video was filmed on March 25 while “we were in Poland, volunteering and helping animals hurt by the war in Ukraine”.

He added: “We even went to Ukraine for a day and helped&mldr;crazy trip.

“The war is causing thousands of animals to become displaced, homeless, some hurt by accident, some on purpose. Russian soldiers have been known to shoot at animals for fun.

“It was hard catching the deer, he was so scared and the danger is they can die of a heart attack simply by being overstressed – it is called capture myopathy.

“Once we got him to the ground, it was easy to keep him there. I have a lot of experience in wildlife rescues.”

Redford told Zenger News: “People have to be kind to animals and recognize that wild animals are meant to stay wild. Don’t feed them or get them used to people. Just take some photos and let them stay wild.”

He added: “I am a veterinarian so rescuing animals is my full-time job. I care for cats and dogs but also wildlife – eagles, deer, bats, I have even rescued a monkey, a crocodile, and a few baby bears.”