The footage was obtained from the Special Operations Forces (SSO) of the Armed Forces of Ukraine on Thursday, June 16.
By Joseph Golder June 17, 2022
Facebook
Twitter
Linkedin
Email 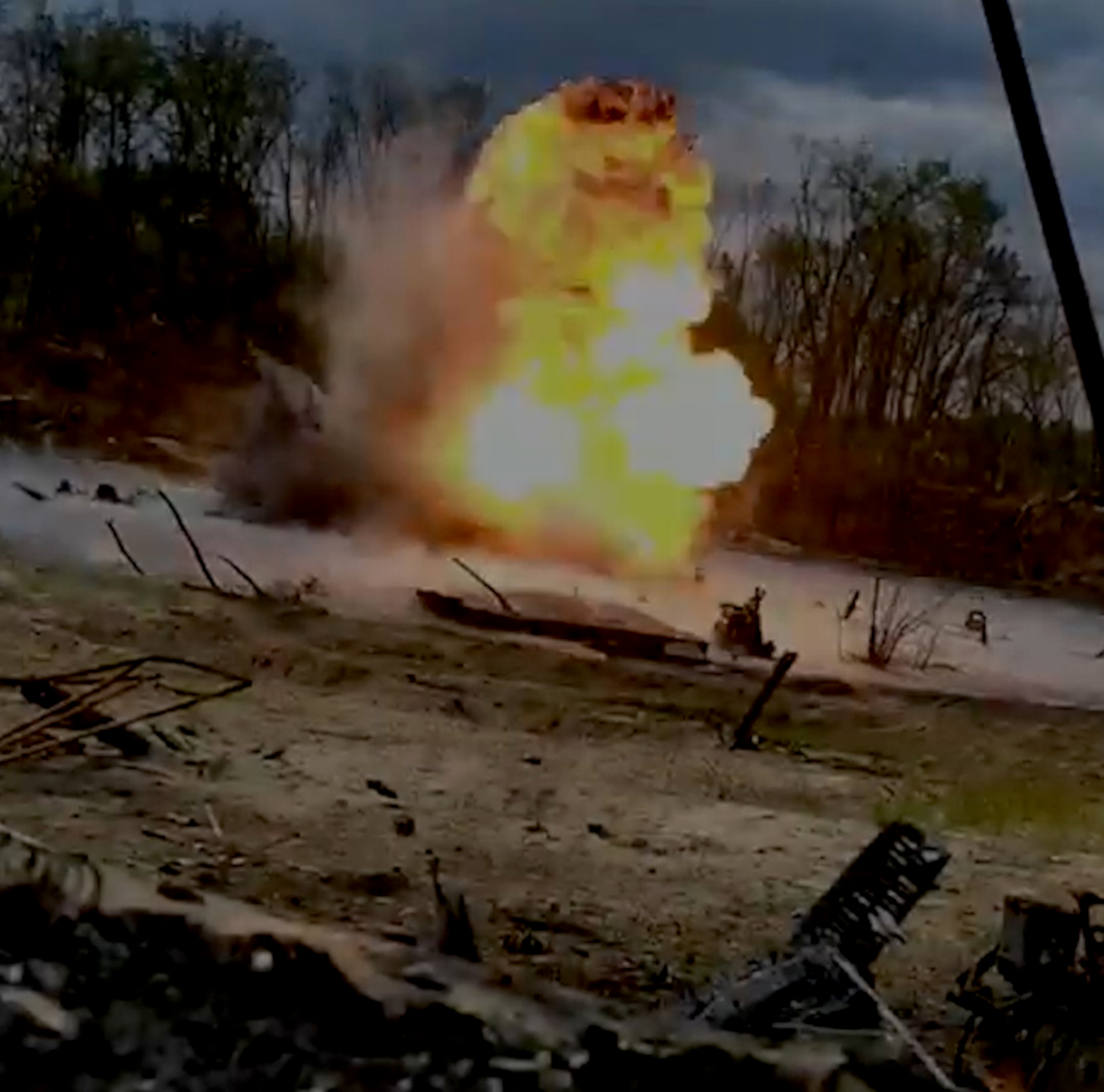 Ukrainian special forces claim that they blew up a Russian pontoon crossing in the Luhansk region in Ukraine. (@usofcom/Zenger)

These video images purport to show Ukrainian special forces mining a pontoon bridge set up by Russian troops to cross a river in the eastern Ukrainian region of Luhansk before it is blown to smithereens.

The first part of the released footage, which appears to have been shot using night vision technology, shows what appear to be Ukrainian special forces mining the pontoon bridge at night.

The footage then cuts to a little later, in daylight, when the pontoon bridge can reportedly be seen being blown up.

The footage was obtained from the Special Operations Forces (SSO) of the Armed Forces of Ukraine on Thursday, June 16, along with a short statement saying: “We do not know what the occupiers thought when they built a pontoon bridge to force [their way across] the river in the Luhansk region.

“After all, there are more than enough bad signs around that place in the form of burnt Russian equipment.”

It is unclear where exactly in the Luhansk region the footage was filmed, but the SSO also said: “We do not know what the enemy was hoping for when the SSO of Ukraine was able to mine a pontoon under his nose in the middle of the night.

“But we know exactly what emotions our soldiers had when they sent another enemy crossing into the air.”

In related news, French President Emmanuel Macron, German Chancellor Olaf Scholz, and Italian Prime Minister Mario Draghi arrived in Kyiv for talks. They are reportedly hoping to rebut what has been perceived as their lukewarm support for Ukraine.

President Joe Biden has promised Kyiv another billion dollars in security assistance and weapons. And General Mark Milley, who chairs the Joint Chiefs of Staff, says Russia has lost around 20 to 30 percent of its armored force during the ongoing invasion.