The images appear to show one tank after it had been hit and a second one being destroyed.
By Joseph Golder June 17, 2022
Facebook
Twitter
Linkedin
Email 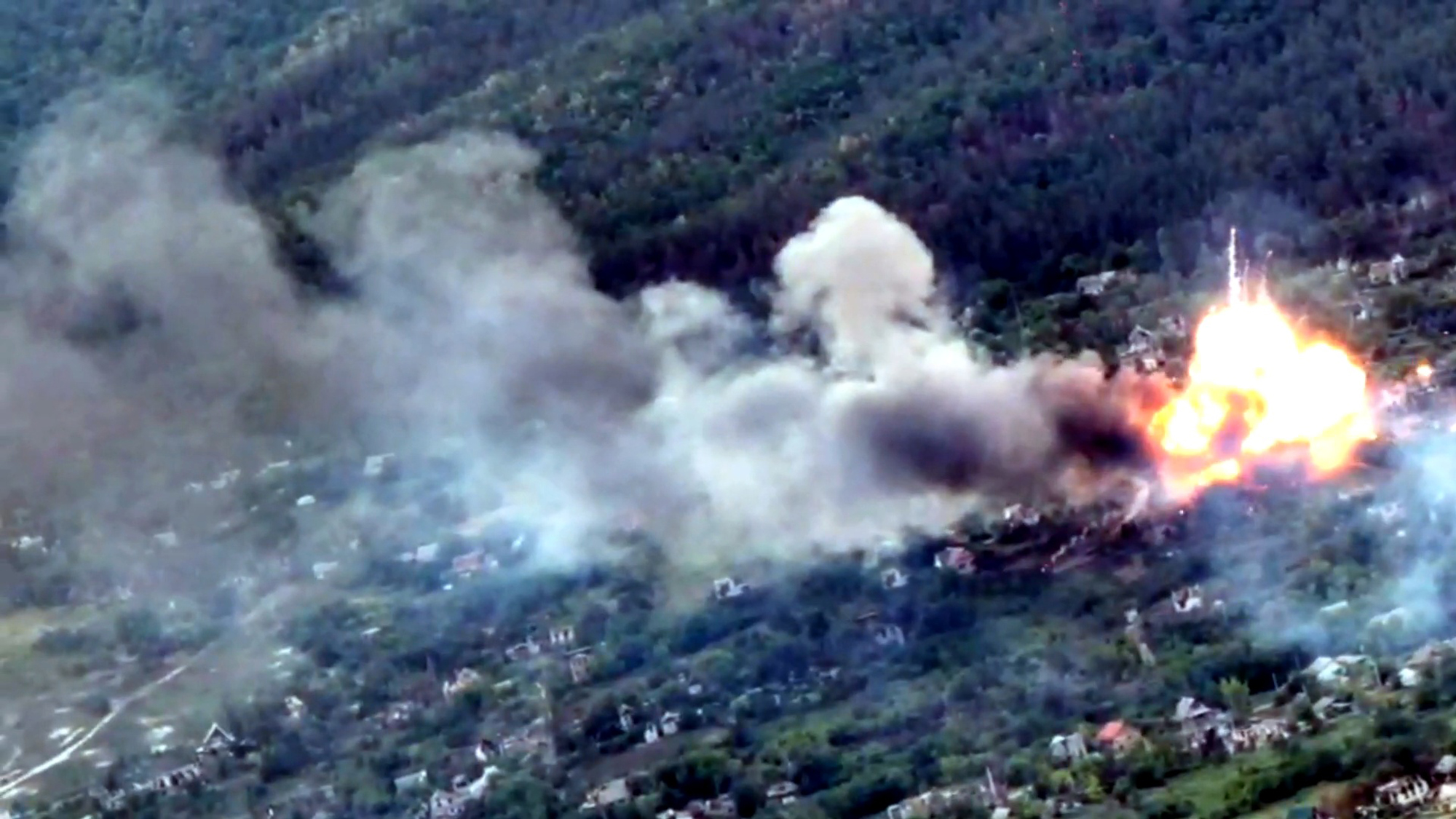 The images appear to show one tank after it had been hit and a second one being destroyed.

The statement added: “We continue to perform combat missions and destroy Russian invaders! Death to the Russian occupiers!”

They signed off with the now-famous slogan “Slava Ukraini!”, which means “Glory to Ukraine!”

In related news, French President Emmanuel Macron, German Chancellor Olaf Scholz and Italian Prime Minister Mario Draghi are en route to Kyiv for talks. They are hoping to rebut what has been perceived as their lukewarm support for Ukraine.

President Joe Biden has promised Kyiv another one billion dollars in security assistance and weapons. And General Mark Milley, who serves as Chairman of the Joint Chiefs of Staff, says Russia has lost around 20 to 30 percent of its armored forces during the ongoing invasion.