“Soldiers of the Chechen special forces continue to drive nationalists through the forests of the LPR,” says Kadyrov.
By William McGee June 17, 2022
Facebook
Twitter
Linkedin
Email 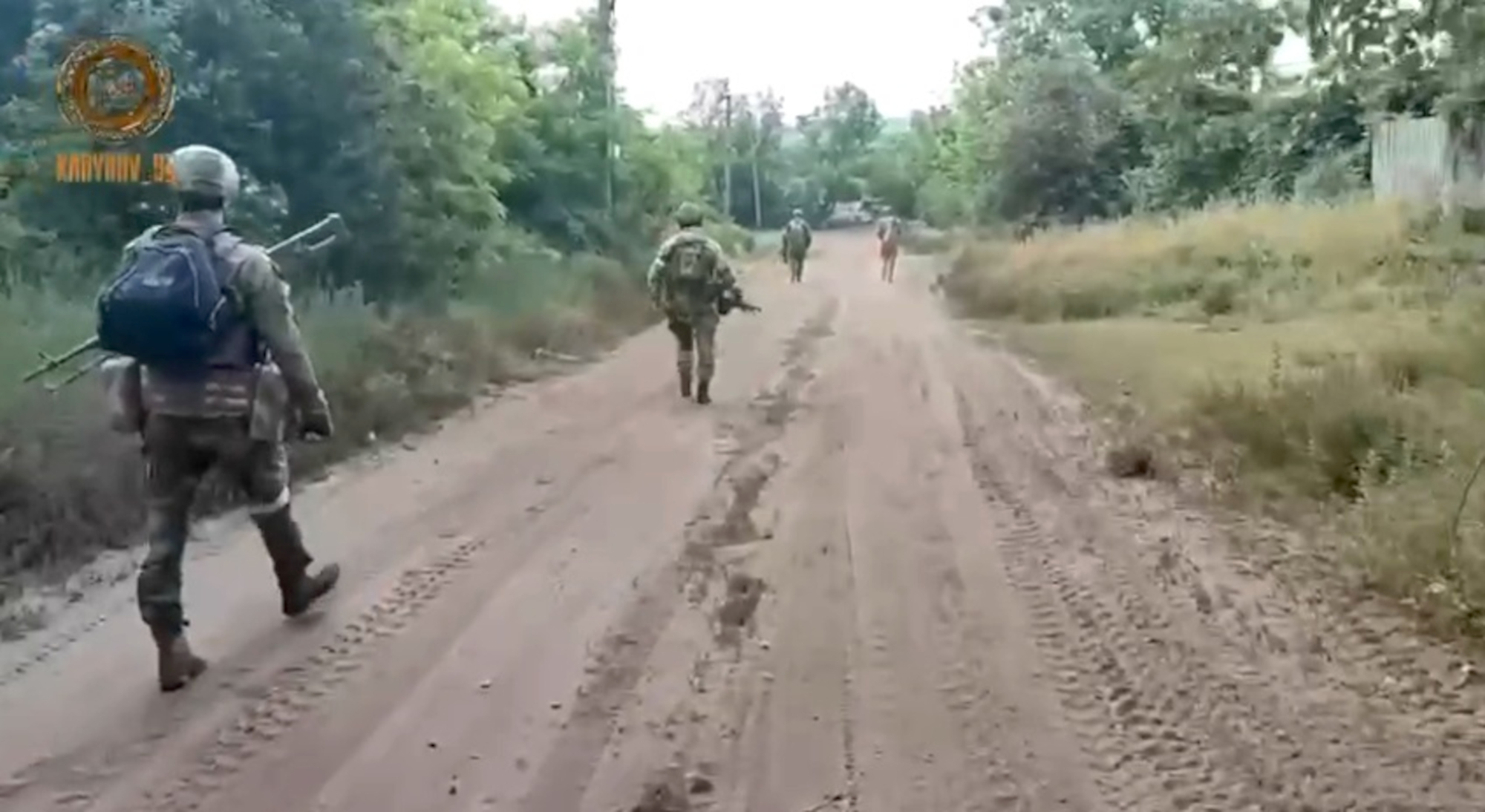 Combat work of Chechen soldiers against Ukrainian forces between Gorskoe and Zolotoe, Ukraine.(@Kadyrov_95/Zenger)

This footage shared by strongman Ramzan Kadyrov shows Chechen forces on the rampage in Ukraine as they blow up buildings and shoot at Ukrainian soldiers.

Zenger News obtained the montage – shared by the president of the Chechen Republic on his Telegram channel, where he boasts over 2.4 million subscribers – on June 15.

Kadyrov said (in Russian): “Soldiers of the Chechen special forces under the command of my dear brother, Hero of Russia Zamid Chalaev, continue to drive nationalist and Banderite groups through the forests and fields of the Lugansk People’s Republic. In these frames you can see how fighters of the special regiment named after Hero of Russia A. A. Kadyrov of the Ministry of Internal Affairs for the Chechen Republic caught up with them between the settlements of Gorskoye and Zolote, so much so that they could no longer escape anywhere.

“Our grenade launcher did a good job and destroyed the enemy group right in the hideout. The rest of the nationalists who took off on their heels have already been finished off by submachine gunners. Then the fighters combed every section of the clash zone and made sure that all targets were promptly destroyed.

“This is exactly how our fighters work every time: without unnecessary fuss, efficiently and effectively. This explains the continued success of the Chechen units in the special operation in Ukraine. I wish them to continue to adhere to the tactics developed until the complete destruction of the entire nationalist and Banderite junta!”

Supporters of the Russian invasion of Ukraine often refer to Ukrainian soldiers as nationalists or Banderites, after Ukrainian political leader and Nazi sympathizer Stepan Bandera (1909-1959).

Bandera is lionized by many Ukrainians as a nationalist hero, despite the fact that his followers were accused of committing atrocities against Poles and Jews.

Akhmad-Khadzhi Abdulkhamidovich Kadyrov was the first President of the Chechen Republic and father to Ramzan. He was killed in the 2004 Grozny stadium bombing.

The Akhmat Kadyrov Police Regiment (AKPR), which Zamid Chalaev commands, was allegedly involved in the siege of Mariupol’s Azovstal metallurgical plant, which fell on 20th May.

The Foundation for Strategic Research, a French think tank, said the AKPR is “heavily responsible for the most brutal oppression in Chechnya.”

Russia invaded Ukraine on February 24 in what the Kremlin is calling a “special military operation” to “liberate the Donbas.” June 15 marks the 112th day of the invasion.