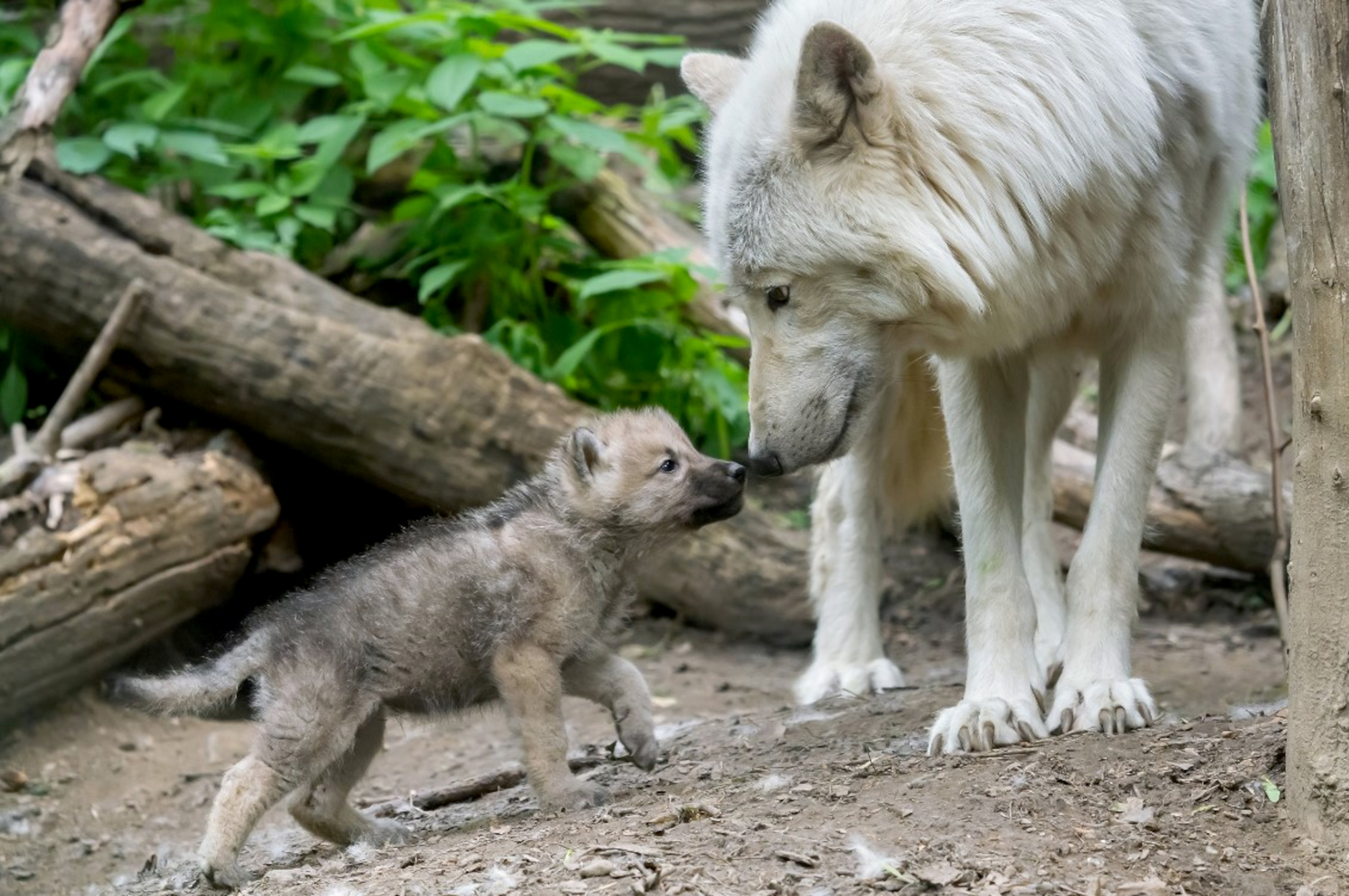 These Arctic Wolf cubs retain their brown fur so they can remain difficult to see in their underground burrow and have started to emerge to the delight of zoo visitors.

The four cubs are the first to be born after a seven-year pause in new arrivals at the world’s oldest zoo located in the Austrian capital Vienna.

That changed with the arrival of a female wolf who arrived at Schonbrunn Zoo in 2017 from the Knuthenborg Safari Park in Denmark, and then after that two male wolves from the Monde Sauvage Safari Park in Belgium turned up last year.

The four cubs were born at the end of April in a low-lying burrow and were raised there by their mother. They can be seen in this footage exploring their surroundings under the watchful gaze of their mother and other members of the pack.

The tiny balls of fur appear to be quite adventurous in the footage, exploring tree trunks and studying their environment. They can also be seen playfully biting each other’s legs and tussling with one another.

Other images show them covered in water as they are rained on, but they do not seem to mind. The four cubs are often seen together in the images, either cuddling up for a nap or simply playing.

Animal keeper Paul Wagner said: “At first, wolf puppies have their eyes closed and are completely helpless. They need the protection of the den and the care of the mother. Meanwhile, you can often watch the four little ones playing, drinking and exploring. In addition, they gain their first social experiences with the pack.”

The footage shows adult members of the pack letting out along howls, presumably to teach the young cubs what to do.

Wolf cubs rarely retreat to the building to sleep and are suckled for about three months before slowly moving over to the diet of meat. They can be seen being fed towards the end of the footage, with one tiny cub picking up a rather large piece of meat in its mouth.

Zoo Director Stephan Hering-Hagenbeck said: “The breeding success confirms that the composition of the pack fits.”

He said that the Arctic wolf (Canis lupus arctos) inhabits the northern regions of North America and Greenland and added: “The brown-colored juveniles are difficult for enemies to spot in the burrows. Later, they get the bright white fur which in their snow-covered homeland makes them almost invisible to prey.”

«Previous Post
Fancy Cat! Russian Man Who Took Black Panther To City Park For Selfies With Locals Under Probe»Next Post
Worth A For-tuna: Rare 7ft Bluefin Tuna Was So Big A Fishmonger Had To Chop It Up On The Floor