Russian Armored Vehicle Hit In Strike While Trying To Escape

Zenger News obtained the video from the General Staff of the Armed Forces of Ukraine (AFU) on June 15.
By William McGee June 17, 2022
Facebook
Twitter
Linkedin
Email 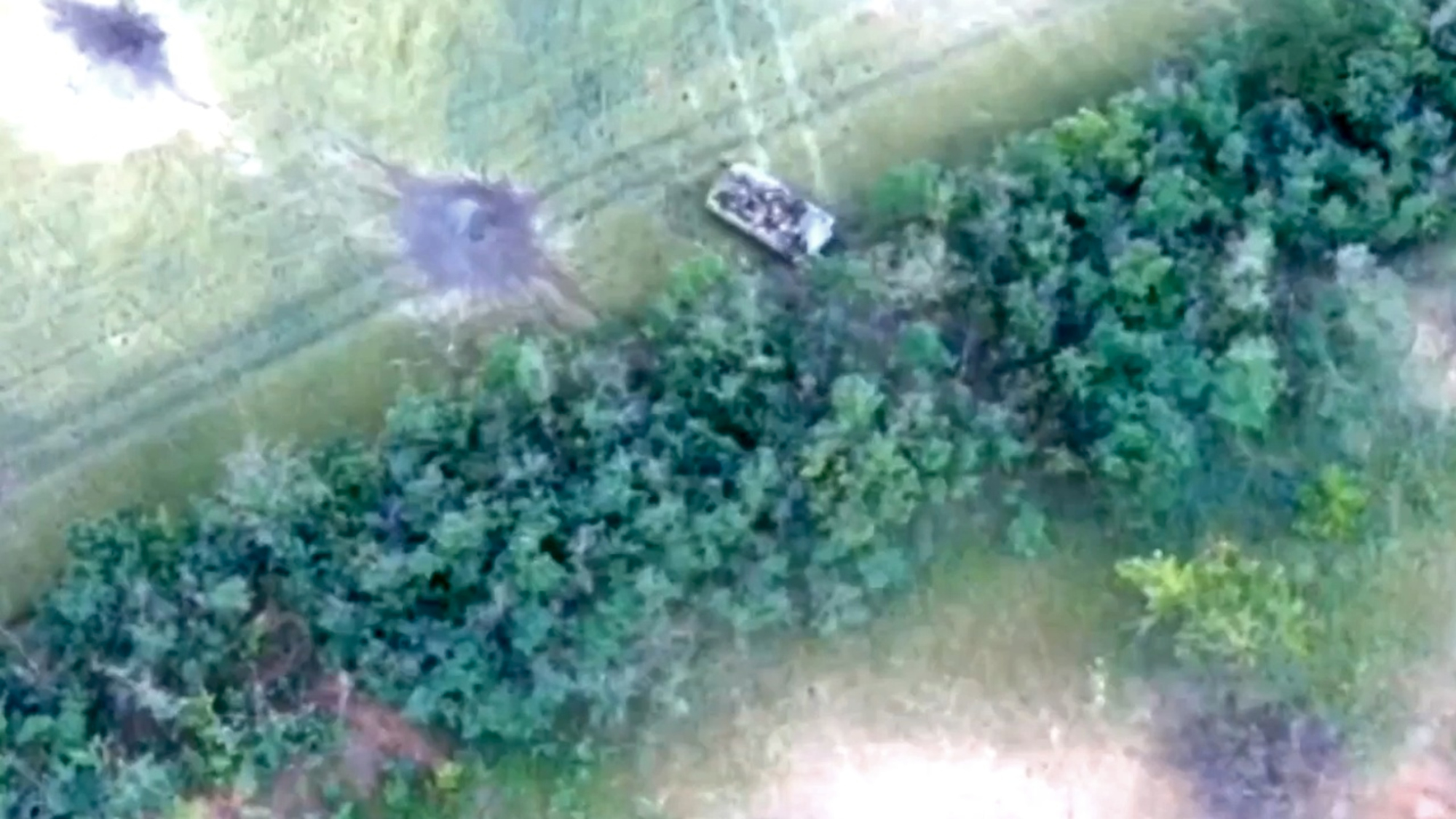 General Staff of the Armed Forces of Ukraine claim that the soldiers of the 95th separate assault brigade destroyed the Russian armored transporter MT-LB in Ukraine. (@GeneralStaff.ua/Zenger)

This video footage purports to show a Russian armored personnel carrier emerging from a tree line and traveling across a pockmarked field before it is hit in a Ukrainian artillery strike and left smoldering.

Zenger News obtained the video from the General Staff of the Armed Forces of Ukraine (AFU) on June 15.

The AFU General Staff said: “Soldiers of the 95th Air Assault Brigade of the Armed Forces of Ukraine destroyed a Russian MT-LB armored personnel carrier that was trying to ‘escape’.”

The 95th Air Assault Brigade is a unit of Ukrainian Air Assault Forces, Ukraine’s rapid reaction force. It is located in Zhytomyr in northwest-central Ukraine. The brigade did not specify where in Ukraine the strike took place.

The MT-LB is a Soviet multi-purpose fully amphibious auxiliary armored tracked vehicle that entered service in the late 1950s. The Ukrainian military is also among its current operators.

In related news, French President Emmanuel Macron, German Chancellor Olaf Scholz, and Italian Prime Minister Mario Draghi are en route to Kyiv for talks in the Ukrainian capital. They are hoping to rebut what has been perceived as their lukewarm support for Ukraine.

United States President Joe Biden has promised Kyiv another one billion dollars in security assistance and weapons. And the Chief of the Joint Chiefs of Staff, General Mark Milley, says Russia has lost around 20 to 30 percent of its armored forces during the ongoing invasion.