Zenger News obtained a statement from the Press Service of the People's Militia of the DPR.
By William McGee June 17, 2022
Facebook
Twitter
Linkedin
Email 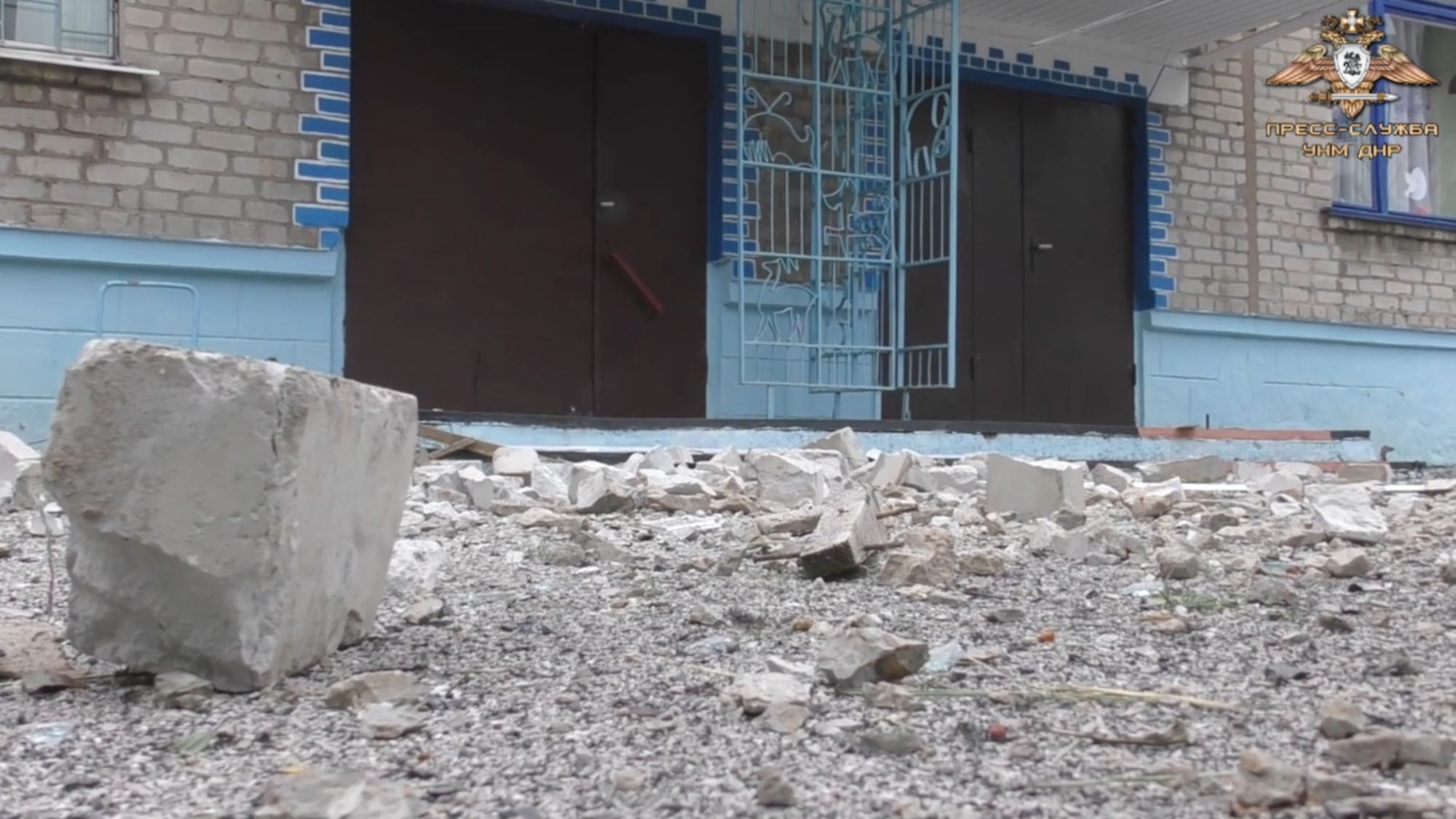 Description: At the scene where Ukrainian forces shelled a school for visually impaired children on June 15, 2022 in Horlivka, Ukraine. (@nm_dnr/Zenger)

Officials from the breakaway Donetsk People’s Republic in eastern Ukraine have accused Ukrainian forces of shelling a school for visually-impaired children.

Zenger News obtained a statement from the Press Service of the People’s Militia of the DPR, which declared: “Ukrainian Nazis attacked a school for visually impaired children in Gorlovka.

“Militants of the nationalist formations of Ukraine continue to shell the Gorlovka infrastructure of the education sector.

“Today they fired two large-caliber projectiles at school No. 31 ‘Constellation’ with inclusive education and with the provision of remedial preschool education.

“There were eight employees of this institution in the building. Miraculously, no one was hurt.

“Multi-story residential buildings at 130, 132, 136 and 138 Lenin Avenue were also damaged. There were no casualties.

“And 700 meters from the place where the shells fell, there is the Gorlovskaya filtration station No. 2, which provides water supply to most of Gorlovka.”

In a statement obtained by Zenger News on June 16, the People’s Militia of the DPR said: “Over the past day, according to information from the [Joint Center for Control and Coordination on ceasefire], the enemy fired more than FOUR HUNDRED shells from BM-21 Grad multiple launch rocket systems, 155-, 152- and 122-mm cannon artillery, as well as 120- and 60-mm mortars.

“The shells were fired at the districts of FOURTEEN settlements of the Republic. As a result of the shelling, ONE civilian was killed and ONE was injured. FORTY-SIX residential buildings, EIGHT civilian infrastructure facilities and ONE vehicle were damaged.

“Additional information about the injured civilians and damage to infrastructure is being clarified.

“Materials on the facts of the death and injury of civilians, as well as the destruction of civilian objects will be transferred to the General Prosecutor’s Office of the DPR for inclusion in criminal cases initiated against the command of the Armed Forces of Ukraine.

“Over the past day, joint actions of the military personnel of the Donetsk People’s Republic and the Armed Forces of the Russian Federation destroyed the following enemy weapons and military equipment: TWO [Multiple Launch Rocket System] BM-21 ‘Grad’, THREE cargo vehicles and FORTY-SEVEN personnel. THREE enemy firing points in the Avdeevka and Novgorod area were suppressed.”