The new genus has been named 'Tartarocyon', a nod to a large, powerful, one-eyed giant from Basque mythology.
By Joseph Golder June 17, 2022
Facebook
Twitter
Linkedin
Email 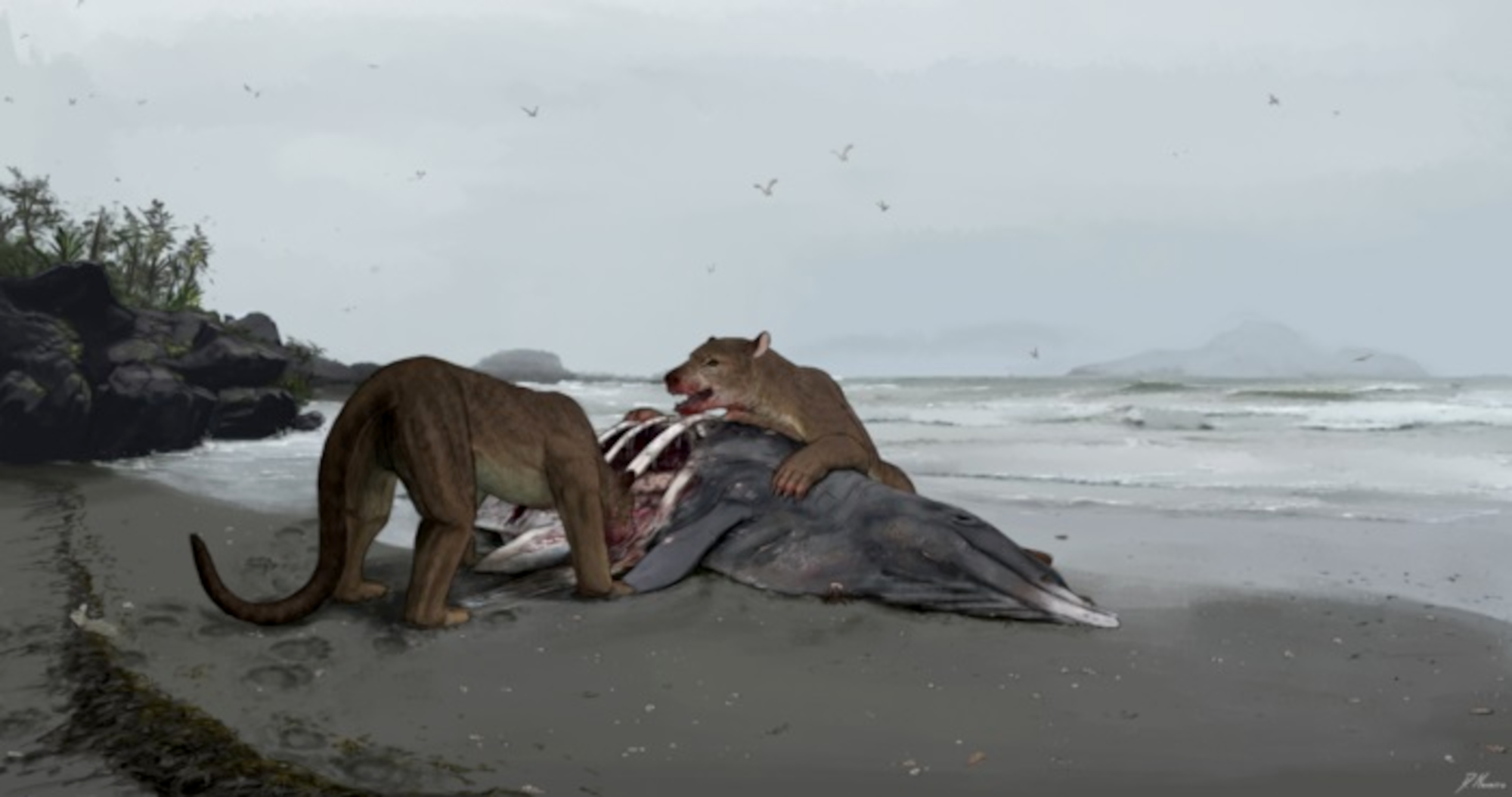 A representation of the newly discovered species of large predators belong to a group of carnivores that could weigh around 320 kilograms (705 lbs), appeared 36 million years ago before becoming extinct around 7.5 million years ago, found in Sallespisse, France. (Denny Navarra/Zenger)

An international team of scientists has identified a new species of ancient predator that was part bear and part dog and roamed Europe millions of years ago.

The new genus has been named ‘Tartarocyon’, a nod to a large, powerful, one-eyed giant from Basque mythology.

The international team of experts, led by Bastien Mennecart from the Natural History Museum Basel, in Switzerland, made the discovery after studying a fossilized jaw that they determined belonged to a new type of “bear dog.”

The paleontologists explained in a statement that “the jawbone comes from 12.8 to 12 million-year-old marine deposits that were examined in the small community of Sallespisse in the Pyrenees-Atlantiques department of south-western France.”

They explained that the fossilized bone was particularly striking due to its teeth. They said: “Unlike the familiar amphicyonidae specimens, this animal has a unique fourth lower premolar. This tooth is particularly important for determining species and genera.

“The legend of Tartaro is also known in Bearn, the region where the lower jaw was found.

The fossilized jaw belongs to a group of predators that resembled “a cross between a bear and a large dog, known as ‘bear dogs.'”

The scientific name for these animals is Amphicyonidae. The scientists said in their statement: “They belong to a group of carnivores such as dogs, cats, bears, seals and badgers.

“These predators were a widespread part of the European fauna of the Miocene [23 to 5.3 million years ago]. They were very species-rich and diverse, weighing between 20 to 705 pounds. Tarataroyon is estimated at 440 pounds. The last European Amphicyonidae disappeared during the late Miocene 7.5 million years ago.”

The study was published in the academic journal PeerJ on Wednesday, June 15, under the title ‘A new gigantic carnivore (Carnivora, Amphicyonidae) from the late middle Miocene of France’. It was authored by Floreal Sole, Jean-Francois Lesport, Antoine Heitz, and Bastien Mennecart.